The Producer's Perspective: Why I Prefer Recording to Analog Tape 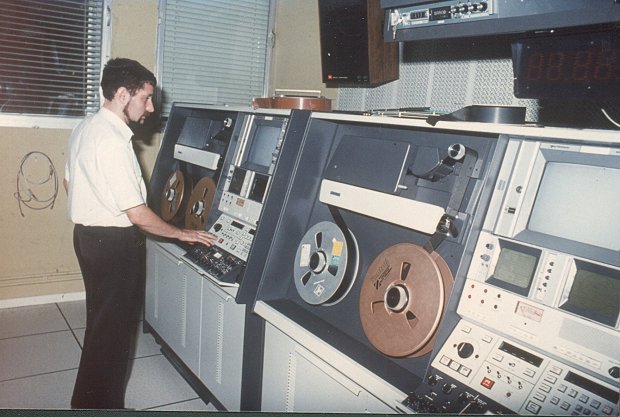 As a producer and engineer, I prefer working on two-inch tape for several reasons. The first and most important reason is that the sonic quality is more to my liking. I prefer the more realistic high end, the full dynamics, and frequency range.

The second reason is the limitations that tape brings to a session. With the cost of tape high nowadays, the artist and producer are forced to make decisions faster on performances. Fewer choices lead to a faster session with less fatigue on the performers and less fatigue listening. A disciplined producer can do the same on digital, but I often find the musician in search of perfection, endlessly tweaking in the digital realm. With analog, the results are a more exciting track overall.

The third reason is tape's storage and archival ability. I've been able to easily restore and remix tapes from 30 years ago. We've had tapes from the 1960s come in and play without problems. I'm not that confident about restoring digital audio recorded today and its restoration possibilities in 50 years. Unless you're keeping all previous versions of computers, operating systems, and software, one needs to develop a very methodical system for future restoration of digital files. The difference is when analog loses its luster, you can still hear the music. When digital goes bad, there's no evidence anything was recorded.

When I opened my commercial recording facility in 1982, analog tape recording was the only option available to record on. We've had the same MTR-90 Series 2 in the studio since 1986, and it's still working like a charm.

The current cost of tape at about $300 per reel can be prohibitive for recording all sessions, so we choose carefully what sessions get recorded to tape. I advise against buying tape from unknown sources, even if sold as "never used." Those I've tested have not been acceptable. I suggest ATR purchased from a trusted source or directly from the company.

Tape is kind of like wine – there were good years and not so good years. My favorite was Quantegy or Ampex 456. But as different as tape can sound, it always sounds better than digital to my ears. Shedding wasn't much of a problem with these brands. The higher elevated tapes (like 499) were sometimes inconsistent in their quality, even with tape from the same batch.

I use Dolby SR at 15 IPS on the two-inch. Though I prefer recording at 30 IPS with no SR, cost of tape has always been a drawback, so we'll record at 15 IPS with Dolby SR and find it acceptable. For mixing to two tracks, however, we've dropped the SR in mixdown because so few mastering engineers know how to align the SR to sound right.

We do a lot of tape restoration in-house. For that purpose, we purchased an inexpensive food dehydrator that holds three reels of half-inch and one reel of two-inch, set it for about 120 degrees, and flip it over about every 15 minutes. Sometimes, we'll put a new reel in for 15 minutes or so.

One way we've saved on the cost of tape is to reuse the two-inch tape. When you're in tune with your tape machine, the alignment and the sound of tape, you'll know when the tape is on its last legs. Before tossing out an older tape, spruce it up with an hour or two in a food dehydrator.

This is the same practice we use for tape restoration. We might heat up a tape for two to six hours. How does one know when a tape needs a little restoration? When a tape rewinds or plays slowly on the machine. At times, we've repeated the heating several days in a row if the tape still runs slowly on the machine. Our tape machine makes a suspicious "squeaking" sound when a tape needs heating up.

Aside from properly aligning a tape machine, heating up a tape can bring back some of the high end lost in storage. Demagnetizing the heads of the tape machine properly can also improve the sound quality.

Is analog cheaper in the long run?

While the cost of tape seems astronomical and the expense of an analog machine is high, I'm using the same machine (Otari MTR-90) I purchased new in 1986. That's coming up on 30 years of use with little downtime and a couple of hundred dollars a year in maintenance.

It might seem like digital recording is a lot less expensive, but the costs are different. How many times does a studio upgrade its digital recording software or computer, about every two years? Then a new application is added and nothing works, and you're down for days trying to figure it out. Over 20 years, you can spend twice as much on digital recording vs. a machine that lasts decades. Labor costs for maintaining a working digital system are also much more expensive. You can't put a price on losing digital recordings.

I don't know how long we'll be able to stay on analog tape, but as long as we have the machine and can find tape, we'll be recording to it.

Regardless of whether you're recording analog or digital, these tips will come in handy:

Cookie Marenco has been a commercial recording studio owner since 1982, with the opening of OTR Studios. She is also the founder of Blue Coast Records and has five Grammy nominations and two Gold Records among her credits. For more information visit bluecoastmusic.com/about-the-founder.