The Truth About How Radio Stations Decide Which Songs Get Played 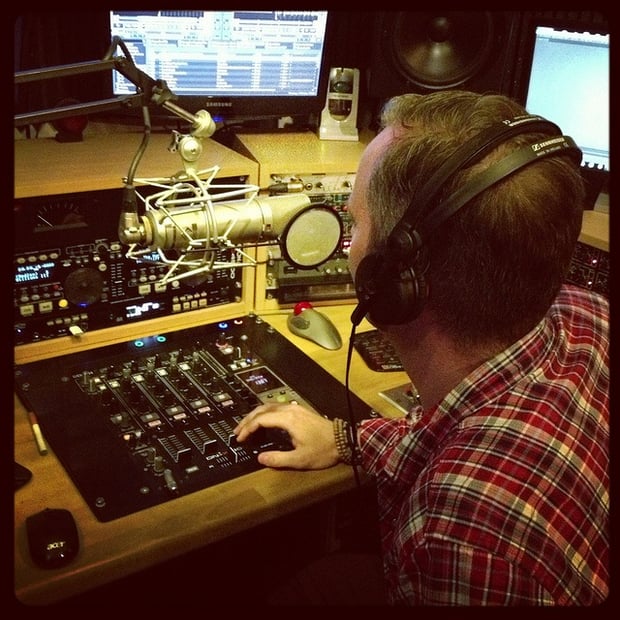 Spend any time listening to the radio, and you'll both enjoy the mix of music and ask also yourself, "How did this song get on the air?"

Everyone who makes the decision on what songs get played on the radio has their own individual perspectives and motives for what they initally choose to play and what they don't. The same is true for how often some songs get rotation versus others. The truth on how radio stations and programs decide which songs get played actually has to do with a few factors that you might not realize.

Indie, college, and public radio are generally not keeping up with charted music (i.e. Billboard) like commercial radio is. The decision making of stations in the commercial realm lies more in what's charting than other factors. Station managers with commercial radio may give a few spins here and there to "unknown" or DIY musicians if it fits with the format and if they earn the respect of either the DJ or the station management.

Once songs begin to chart more (meaning that the music-ranking organizations like Billboard and CMJ are recording more plays nationwide), those songs will get more rotation. Much of this is based on requests and promotion dollars from the labels.

And there's also the subject of payola, which has been illegal for quite a while, yet promoters and labels on both the major labels and even some indie labels still do it (some more than others). Payola is the act of paying a broadcast outlet money or other compensation with the explicit purpose of gaining airplay, other promotional features, and consideration on commercial radio. It is, in essence, an attempt to buy media coverage. The FCC has banned this act for radio, but there are still labels and promoters who attempt to skirt the legalities of it to get artists featured. Public and independent radio aren't necessarily held to that same code legally, which is why there are indie broadcasters who are more liberal with it.

In my experience, the mention or attempt at trying to pay for airplay or broadcast will send true professionals running for the door (myself included, and there have been people who have tried to solicit payola with me; very bad idea all around). It's certainly not the right path for you to take in getting radio play or feature.

As a DIY artist, you want to get your music on stations that are consistently wanting to add indie and unsigned artists to their station playlists and also showcase them regularly. These are the radio stations and managers who you should be trying to figure out how to gain the interest of. Indie radio is the ticket here.

What are the biggest factors that determine indie radio spins?

As I explain in my free e-book, there are essentially three primary factors that determine whether an indie radio station manager or music director will add a new song to their rotation and how often that song will play. The three factors are:

Sound quality and production value are paramount. Most professional radio and media platforms qualify potential music submissions on the quality of the recording first. It's instinctive; we aren't going to play a poorly mixed song.

Strong songwriting involves lyricism as well as composition and arrangement. Some great songs have very clever, witty, or thought-provoking lyrics. Yet others simply just have a good arrangement with a nice melody. A fun song that makes you tap your toes and sing along has as much airplay potential as a story-based song that brings you to tears. Music that makes an emotional connection is what finds its way on the air.

The last qualification plays the largest role in not only whether a song will get added to the rotation of a radio station, but also how often it will be played. Simply put, if a radio station manager, music director, or approved station personality likes a song, it will probably get some radio airplay. If that song also catches on with other station staff and especially with listeners, it's going to get a lot more spins.

What else plays a role in radio airplay decisions?

Aside from those three factors, other key details that can contribute to airplay include your touring schedule, your EPK, and whether or not you've been reviewed and featured in other places. When a band has had some positive reviews from credible sources, this can go a step further in the station manager listening a bit more to their music.

Radio station managers and programmers have tight schedules just like everyone else. The amount of time that's available to listen to the myriad of music submissions is often not as much as they wish they had. For this and other reasons, there's a chance that a song will be given a certain amount of time in that first listen. It might be that the first 30 to 45 seconds of the song are sampled first, and if it meets the preferences of the station, the rest of the song will be listened to before it's approved. If you don't wow a radio manager in that first minute, the song doesn't have the airplay potential it should. This is why putting your best music out there and suggesting your best one or two songs for consideration is so valuable.

The visual representation of a band's music submission or CD can play a factor in determining how serious the station manager takes the artist, too. That introduction point is all about first impressions, and sometimes the subtle ways that a band represents themselves can play a role in that initial impression. When we receive submissions for airplay for The Appetizer Radio Show in CD form, the presentation of the CD and press materials make a difference in what impression is made. If the album looks like it was put together in a garage or resembles a high schooler's scrapbook project, it doesn't leave a positive impression before the music is heard. However, a nice looking CD with artistic photography presented with a well-done EPK leaves a positive impression that subconsciously carries over into the listening experience. These are the subconscious elements that play a role in the decision-making of radio managers when selecting music.

How to make a good impression on station managers

As a DIY artist, you have to make a solid first impression with people you don't know, who don't know your story or the dynamics of your music to start with. The way you connect with, promote, talk about, and engage with radio station managers can potentially make a difference in the amount of airplay you receive.

When artists and/or their management are notified by radio stations about the spins they're getting, a communication channel usually opens up. The station wants that connection so they can potentially have in-roads to also doing interviews, features, or concerts. As a musician, you want that connection because it validates the radio campaign and helps you see where all your music is being heard.

When artists show that they value the airplay, whether that's sending an email or mentioning it on Twitter, it can go a long way to getting more focus and features from the station. Radio station managers are just like you in that they appreciate when others are thankful and acknowledge the power of the connection. Doing a little to show appreciation might not mean that your music is going to become the number-one song in rotation on that station, but it does help to build a stronger bridge for you. In the end, bridge builders gain more showcasing and fan growth than those who rely on just a catchy premise or "hit" song.

Once you've made that solid impression and the radio station has had a chance to listen to your work, if you meet those initial factors, there's a good chance you'll find your music on some new stations.

Learn more about getting your music on the radio: