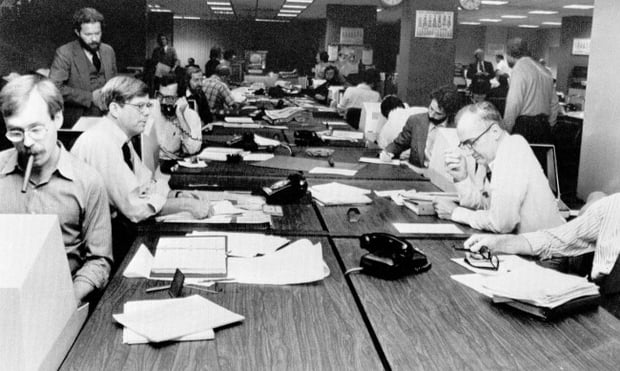 Getting press for your band can be tough, as there's so much music out there, and bloggers and editors are getting pitched from every angle at every hour of the day. Being noticed is a struggle, but it certainly isn't impossible. If you're lucky enough to have an influencer notice you and actually write about your music, take it as a win. But if you want to continue to be in said writer's good graces for the long run, here are a few things you should definitely do – and a few you really shouldn't, lest you fall out of favor.

Do: thank the writer

This may seem like the most common sense thing, but you'd be surprised at how many people never bother. (Or perhaps you're one of the many offenders, and you wouldn't be surprised – who knows?) You should be thanking everybody who helps you along your musical journey, no matter how small the contribution. Thank your fans for coming to shows and buying your music, thank bookers who allow you to play, and thank the bloggers who write about your music, convincing people to listen.

I can't understand those who don't take the few seconds to write an email or tweet a quick word of appreciation. I don't care who you are – you're not too busy for that. I've gotten packages and letters and gifts from bands I've written about, and while that's nice, it's unnecessary. A simple "thank you" in any form is more than enough, and when it doesn't appear, a writer remembers.

Again, common sense, but I come across this all the time. While you want blogs and magazines to write about you to get the word out there about your music, those blogs and magazines are looking to get as many reads as they can. Remember that if you're a lesser known act, it's likely that any article about you won't bring in as many eyeballs as one about someone more famous, so the fact that this outlet published something on you in the first place was nice. Sharing the article helps it get reads, and it'll show the publication that you're willing to do your part in promoting it, just as you would a show.

Do: keep in touch

If a writer went out of their way to publish something on your new song, video, or album, chances are they liked it (unless the review was negative, at which point maybe just forget about them). Anytime someone shows interest, try to hold onto that, be it someone in the industry or just a fan. Don't bother them, but feel free to say hi and let them know when new music is out or have them to a show. Developing relationships is important, so invest the time and effort.

Don't: think you're better than promoting the article

I know this is a bit like what I said above, but I feel it's worth mentioning. I've argued with publicists and bands before about this, and to be honest, it kind of baffles me. I've sent published stories asking for artists to share, only to have them refuse for, in my opinion, stupid reasons. It's probably pretty obvious that after those interactions that I don't have a very positive opinion of these artists, and I've never written about them again.

Don't: demand more from the writer too soon

Keeping in touch is great, but there's a line between updating a contact and being obnoxious. If you're a smaller act and somebody just gave you a good write-up, keep them in mind, but space out your requests. Bloggers are busier than ever these days (aren't we all?), as finding them and sending them music has become easier than it used to be, and thus most of them are overwhelmed with things to listen to. Celebrate your good press and wait your turn for another ask, otherwise you'll seem ungrateful and needy.

"Unnecessary" has different meanings depending on who's asking, but before you ask for any revision or edit, think if it's really something you want to cash in a favor for. Sure, if a fact is wrong – the title of your album, a band member's name, or perhaps the date of your next concert – but there are plenty of things you might want to let slide. If the writer called your band hard rock but you consider yourself just rock, you might not want to put up a fight. I've gotten some really frustrating requests over the years, and many I ignore... as I do with the band's next email as well.

Learn more about getting press for your music: