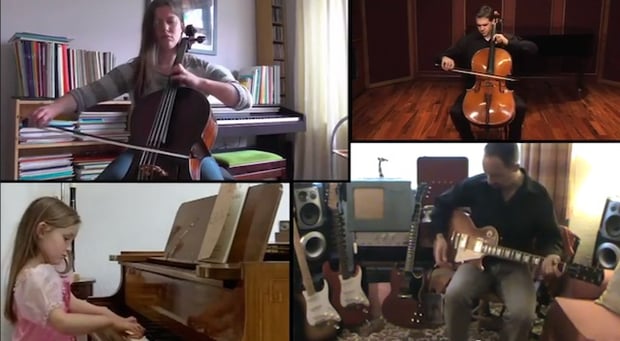 As you’re probably already aware, YouTube has launched several new apps in the past few months, with their Red and YouTube Music programs probably being the most relevant to you, the independent musician.

YouTube is important to almost everyone releasing music out there today, as it's become the go-to place on the internet for over one billion people to watch music videos. Sure, there are other platforms, but most people immediately turn to YouTube when looking for a certain clip. In fact, the Google-owned company first decided to go into launching its own music-specific app because YouTube is actually already the world’s most popular music-streaming platform. There are more people listening to music on the video giant than anywhere else, and quite a lot of it is not just from official releases.

A little bit of information, if you're not already aware: in the past few months, the company has released both YouTube Red and YouTube Music, two separate yet linked products. YouTube Red is a subscription that costs $9.99 a month which allows the user to save videos for offline playing and skip all ads. YouTube Music is a new app that anybody can download and operates like a mix between traditional YouTube and a streaming platform. One can play full albums and find those diamonds in the rough that the platform is so well known for, and it works even better with a YouTube Red subscription. With one $9.99 a month payment, a listener can get the benefits of Red, the massive catalog of Music, and even a Google Play Music subscription (just because).

Not a lot is likely to change in terms of uploading your music to YouTube, but you should be aware that the amount of money you make from some of your views may start to differ. YouTube is now forcing many content creators to opt into their new program, which operates not on advertising revenues, but on cash brought in from subscriptions. If you choose not to allow your videos to be monetized in such a way in fear of possible lower payouts, the company will simply make your videos private – and I don’t have to tell you how much that will hurt your view counts.

Now, this only reflects the views and the content that’s on YouTube Red and YouTube Music, which may not be anything of yours... yet. The company is starting with its most popular uploaders, but it'll likely work its way down to smaller and smaller contributors, and you and your indie band may one day be asked by the tech behemoth to sign on. People will still be able to watch your videos and listen to your music on YouTube as they always have, and ads are sticking around for the time being, but a certain number of people are going to switch over to these new apps, which do have a different payout structure.

YouTube won’t actually reveal their payout rates, with a representative telling me that the company is "paying out the majority of the revenue to our partners." That’s not very specific, but then again, these are sensitive numbers, so it's easy to understand why the company isn’t very forthcoming about them.

From what I'm able to gather (there isn’t a lot of confirmable information out there, as YouTube is really trying to keep a lid on the figures), all the subscription revenue gathered is going to be put into one pot (metaphorically speaking), and from there, it'll be divided up amongst all the participating content creators, based on an algorithm complicatedly involving how many minutes people watched your videos, how many subscribers you have, and the like.

Don’t worry, not all is lost! For a while, there was some worry that YouTube wouldn't pay at all for those streams counted during a new customer’s free trial, but the company has made very clear that such is not the case. It is likely that YouTube learned what not to do from Apple Music, which tried to refuse paying royalties on any music streamed, just because it was a free trial. It isn’t difficult to imagine that artists and record labels everywhere weren’t happy about that, and Apple quickly had to backtrack their plan.

For now, I wouldn’t worry too much if I were you. Don't start deleting all your clips off of YouTube and start looking for a new home for them, but it's a good idea for you to be aware of big changes happening at those companies paying you royalties. Be it YouTube, Spotify, Pandora, your publishers, your record label, or anybody who touches any part of your income, just keep an eye on what they're doing, and try to figure out if (and how) it will affect you and your earnings.