The Secret Behind "Old Town Road"? Toplining. Here's What It Is and How to Do It 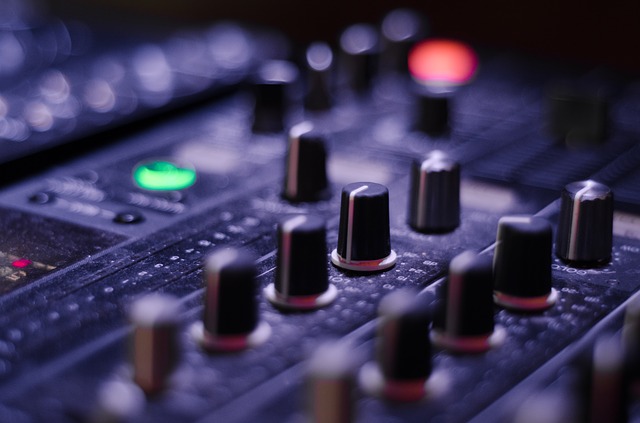 I had been writing for years the old fashioned way – with an instrument, voice, and maybe a co-writer or two. That's why I was perplexed when I heard about a supposed “new way to write.” Once I understood, it actually made perfect sense – it's a great time-saver and an interesting way to break new ground musically.

Toplining — the process of writing lyrics and melody to a pre-recorded music bed/track — has been around for years in the Rap and R&B genres, but has been gaining popularity in the mainstream. In this article, I'll dive into it and explain how you can utilize this new technique to up your writing game.

Toplining is actually very popular in LA, particularly in pop circles – they've been doing it for years in many pop hits you've heard for the last decade or so. For instance, the viral sensation "Old Town Road" was basically written this way – a producer in the Netherlands offered up a track on his website and Lil Nas X grabbed it and wrote a song to it. The rest is history. And this situation is not at all uncommon.

The topliner – sometimes just a writer, often a producer or sometimes the artist themselves – basically writes a track bed for the song. Using a program like Protools or GarageBand, they'll layer in drums, keyboards, bass, guitar, and anything else they might want. The fully built track will have an intro, verse, chorus, bridge, etc. Essentially, it's a full song just waiting for the words.

This makes writing super easy, because it removes some of the guesswork – you and your co-writers are no longer starting from scratch. The key, tempo, chord changes, feel, etc. are already laid out for you. Of course, some writers don't like the fact that those decisions are taken out of their hands. If you're feeling a six lines in the verse, or a pre-chorus but the track doesn't have that, your hands could very well be tied – especially if the topliner isn't in the room when you're writing (often the case, in my experience). A good compromise can be found in building the track with all the writers present – though that's not always a possibility.

To do this yourself, all you need is a good computer and some recording software. Most topliners I know just drop in samples or play in MIDI, but I've known one or two to occasionally play real instruments. As much as it pains me to say this, it's probably better (and faster) to just go with the samples. There are many free programs out there – try something like Reaper or Audacity to get your feet wet and see if this is for you.

One struggle you may have (especially early on) is your tracks may sound very demo-esque. This is a common problem with novice producers, and as you might expect, it will get better with experience.

While every issue is different – maybe you're using too much compression, for instance, or need to work on balancing your tracks better – one main issue many people struggle with is EQ. This website has been a great resource for me in the past and is an excellent guide to get you started.

You can be everywhere

For a songwriter, sometimes there simply aren't enough hours in a day – you might want to pack in dozens of writes a week, but often we're stuck picking and choosing who to write with. If you're a topliner though, the decisions just got easier. Many topliners I know have dozens of tracks already made – some have even more. This allows them to fire off those tracks to their co-writers while not necessarily having to be in the room – you could have three writes going on at the same time on the same day and be a part of all of them.

Some producers even send their tracks to multiple writers – they might get 10 or 20 different songs based on the same track, pick the one they like, and have their artist cut it. The upside for the producer is enormous, but the downside for the writers can be pretty big. What if they song doesn't get cut? What happens to all the work you put in? Sometimes, legal disputes can even happen as a result of this method.

Take, for example, Avicii suing Leona Lewis – evidently, the DJ had sent tracks to several writers (including Lewis) who fell in love with it and wrote her own song to it. In an apparent breakdown of communication, the two artist's camps did not discuss the rights to the track – Avicii released his version of the song, and Lewis released hers – prompting a court date.

Fortunately, it was all settled, but it's important to nail down things like this up front. Do you retain the rights to your lyrics and melody? Do they keep their track, and you go your separate ways? Do you just give each other writing credit? Be as detailed as possible, and get any agreements in writing – particularly if you're working with someone new.

Some topliners even churn tracks out and offer them on websites for sale – places like Abeato and Beat Stars are just two examples of this. Prices can range anywhere from $6 to $100 – naturally, the more in demand you are, the more you can charge. You can't just throw any old thing together and sell it for big money, though – it's got to be pretty stellar.

Much like improving your songwriting skills, you're going to need to look at your tracks with a critical eye. How does it size up to the hottest stuff out there? Does it sound radio ready, or is it cheesy? You're likely not going to be great right from the start, so don't get discouraged. Keep listening to what's out there and trying to top it. Learn what's trending and try to get ahead of it. Hone your skills as a producer and engineer. Read books. Take classes. Seek input from peers and mentors.

The pros to toplining are numerous. It's hard to argue with increased productivity, a streamlined writing process and – potentially – making money! As with anything, though, there is a learning curve and quite a few things to consider (will you offer the same track to multiple writers, what kind of deal you're going to hammer out for yourself etc). At the end of the day, though, this is a great new way to get creative. So jump in. You never know...you could be the next big topliner!