What's the Difference Between a Concert Promoter, Talent Buyer, and Booking Agent? 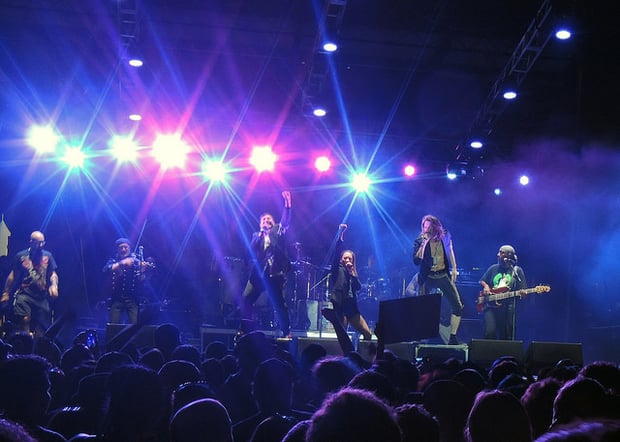 Of the three roles, which do you think is the only most likely to arrange a festival from start to finish? (Image via flickr.com)

Not everybody treats the responsibilities of behind-the-scenes jobs like concert promoter, talent buyer, and booking agent rigidly – there's lots of overlapping, really, especially in the independent music circuit where the budgets can't always withstand paying as many people as are actually necessary. So, naturally, people often confuse the roles.

We aren't condemning the mutual helping that results in that confusion, of course. But it's still good to know what each title traditionally handles, because while they do sometimes share the work, everybody's still ultimately responsible for whatever corresponds to their designations. And you wouldn't want to tick off an already exhausted talent buyer asking for promo help when he or she isn't the one handling that, would you? Below, we've outlined the standard responsibilities for each job. Regardless of a title, though, in first-time situations with any industry organizer, it's always smart to make sure you understand what that specific person will be doing – as well as what you're required to take care of on your own behalf.

Not every venue has a talent buyer, but most mid-size to large clubs do. This is the person who books on behalf of the venue, the one who fields inquiries from local and touring acts and talks with booking agents who represent bands either local or touring. He or she isn't necessarily responsible for marketing of any kind; that's the band's or public relations rep's job. Because talent buyers operate out of one place, they usually rely on an existing setup of in-house sound engineer, door person, security, and so forth. In a festival setting, the talent buyer is the person hired to organize a lineup, but not the remaining details.

For more insight into the role of a talent buyer, check out these interviews with Steven Matrick of Pianos in NYC and Joel Eckels of Room 5 in LA.

This person represents a band or several bands either independently or on behalf of an agency. Booking agents are in charge of setting up shows and often works to promote shows, sometimes on his or her own or through a public relations company. Typically, they're hired to work for a band or artist on one-off shows and tours and aren't involved with any in-between efforts.

Wondering if it's time for you to hire a booking agent? Read this guide to find out.

Concert promoters usually aren't tied to any one venue or event and can even book in other cities if they so choose. They're sort of free agents in that way and, as a result, are responsible for seeing events through from start to finish. If the budget allows, they can outsource everything; they can dole out duties to public relations firms, cleanup crews, sound technicians, stage managers – the works. Regardless of whether or not they do it themselves or with a team of folks, though, concert promoters are the ones who are ultimately responsible for handling every aspect of the event.

Check out this interview with Jennifer Sellers of Creative Entertainment Group for more insight on what being a concert promoter entails.