Why Your Lust for Analog Gear Is Pointless 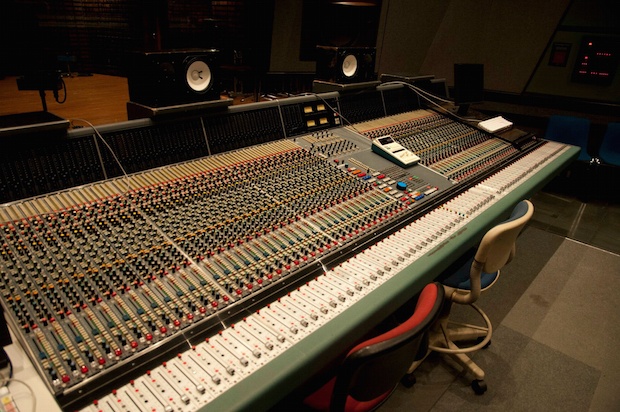 Most musicians these days would jump at the opportunity to add pieces of vintage analog gear to their home studio. And why not? After all, what could be better than running your vocals through a real 1176 compressor, or mixing on a real Neve console? But what if using this equipment could actually work against you? What if it actually made your music sound worse, not better? If you’re set on buying some nice vintage equipment to complement your digital studio setup, here are a few points to take into consideration before you hand over the cash.

In most discussions of analog gear, there’s one important point that gets left out: unless you’re working in a 100 percent analog environment, your audio will have to pass through some sort of digital source, and when it does, you may be losing everything you gained from the analog gear.

Pro mixer Andrew Scheps, who's worked with artists like Adele and the Red Hot Chili Peppers, has been known for years for working on an old analog Neve console, but recently he made the switch to a 100 percent digital system. "The D/A (digital to analog) conversion is the worst part of any digital chain by far," he said in an interview on Pensado’s Place. "Now I don’t go through any [and] I feel like I’m sonically gaining something."

After switching to an all-digital workflow, he actually found that his new mixes sounded better than his old analog mixes. "I wouldn’t be [making the switch] if it weren’t that for me, at this moment, my mixes sound better," he told Pensado.

In addition to the sound quality issues, introducing analog gear into your signal chain can degrade your signal chain in other ways. As opposed to software programs and digital gear, analog gear is notoriously unreliable and difficult to maintain. Using a real Roland RE-201 Space Echo sounds like a dream until the tape breaks or wears out, and you’re stuck trying to find replacement parts and learning how to fix the machine before your next recording session.

While it may not be as cool or as fun to use a plugin equivalent, opting for the digital version means that there are virtually no reliability issues, leaving you with more time to focus on making music (rather than learning how to be an electrician/vintage equipment repair technician).

Audio technicalities aside, there’s another (more obvious) issue associated with lusting after analog gear: it’s expensive. So before you spend your life savings on a Fairchild compressor, ask yourself whether the improved sound will really be worth the expense. If, as Scheps says, the D/A conversion is the worst part of any signal chain, then adding that expensive compressor will just be adding another weak link to your setup. In a world of digital recording and mixing, you may be able to achieve the same sonic results with an analog emulation plugin for a fraction of the price.

Objectively, of course, there’s nothing wrong with analog gear, and if you like the sound you get from analog equipment, there’s no reason you should stop using it. However, if you find yourself obsessing over which piece of analog gear to buy next, or spending all of your time trying to fix old reel-to-reel machines, perhaps it’s time to consider whether there are better ways you could be spending your time and money.