3 Important Lessons You Learn When Your Band Fails 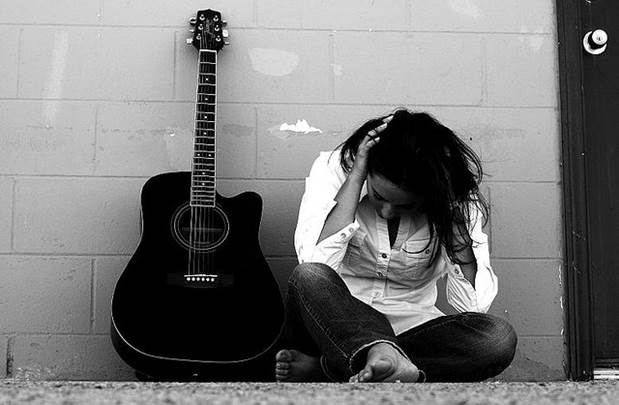 Failure is a fear we all have. It keeps us from taking the risks we know we should, and it often forces us to give up on our ambitions. But failure is also a huge opportunity for growth. Musicians take an incredible risk when they pursue their dreams, and failure is unavoidable. While having a thick skin is easier for some of us than it is others, let each failure be an opportunity to learn and become a better, more successful musician. Here are three important lessons you learn from your band's failure.

1. Failure is a necessary part of the creative process

As musicians, we make music to express ourselves. Whether we're using music as an emotional release for problems we bottle up inside, or if we just love Jimi Hendrix, or have the undying need to play the blues, it's about expression. When you make a genuine attempt to express yourself and create something new, you take on the risk of failing. How each of us defines failure is unique, but we can generally agree that failure is when we listen back to what we've created, and it's not what we want to hear. No band is going to turn every single idea they come up with into a legendary hit. It's just not possible. There are going to be hours and dollars wasted in the studio on a song that just never works. But with failure, we grow – if we choose.

It's important to leave behind creative ideas that don't work. Produce a large body of material, find the special moments, and build upon them. Creativity is, at times, a game of trial and error. You're putting yourself out there, and it won't always be received well, and it won't always sound the way you had hoped. But that's okay; grow from it. Being creative means taking endless risks with your art. The songs that need to stand out will do so on their own. Embrace failure as part of the creative process.

2. Being receptive to criticism enables growth

As a society, we can all agree that there are few things worse than a narcissist. When a musician is absolutely unresponsive to criticism, it comes across as narcissistic. Maybe the guy that reviewed your live show is an expert on bluegrass, yet you play metal. No wonder he didn't like your set. But don't write off criticism. Accept every bit of feedback you can. Musicians starting out don't always recognize that their criticism is actually true. Maybe your singer is flat the whole show, but if he's a beginner and fueled by the excitement of being in a band, it might go past him. It's okay to not be perfect – no one is. It's not okay, however, to deny your flaws and refuse to grow.

There are harsh critics in the music industry, and everyone has an opinion. You don't have to listen to every suggestion or take every critique seriously, but it's important that you're receptive and open. Unless it has to do with fact-checking, being defensive is not a good response. Sometimes we see bands openly bashing journalists because they were critical of their music. This response is bad for your brand and bad for your growth. When you're critiqued, be grateful someone took the time to listen to your music and give you honest feedback. If the critique is something you disagree with, then fine – don't change. But be open to and appreciative of criticism and feedback.

3. Be aware of and involved with the business behind your music

Most of us start out in our parents' garage, playing a cheap guitar or drum set way too loud because of the escape music gives us. We're taken away from the stresses of life and put into a state of self-expression and joy. Music is art, and being creative can be very visceral, as well as surreal. With that in mind, bands oftentimes neglect the business side of being a musician because it isn't "sexy," or think they'll find someone else to do it. We have in mind this fantasy of writing a hit song and then having a huge record label lift us up into stardom while taking care of all the royalties, marketing and advertising budgets, licensing, etc. In today's industry, that type of career launch is incredibly rare. All of a sudden, you're losing money, or at best, just breaking even. When record sales fail to reimburse your investments in gear, studio time, and marketing, know what went wrong and how to change the model. Don't just blame it on the material or your art – it could be business.

Set aside a budget for all of your goals. Figure out how much you need to spend to accomplish X and how much you'll need to make to afford Y. Save all of your receipts and file your taxes! There are several tax breaks for musicians that we miss out on because we disassociate the business side of music from the art of music. Unless you want to work a day job for the rest of your life, you're going to need to understand the business behind music, especially as an independent musician.

This isn't just about budgeting either – copyrights, licensing, and syncing are all integral facets of creating music. You can lose out on huge profits because you were unaware of how to properly monetize your music, or because the cover you did of Radiohead's "Creep" really took off, but the band is not so happy about you using it without their permission, and they want compensation. Educate yourself to become a business professional in the music industry.

Being a musician is one of the most exciting jobs in the world, but it comes with many setbacks, criticisms, and adversities. Be aware of when things go wrong, and understand why they went wrong. Your ability to be resilient and bounce back from failure will fast-track your career and musical dreams. When your band fails, seize the opportunity to learn and grow. It will pay off.