3 Ways to Tighten Up Your Band's Live Show 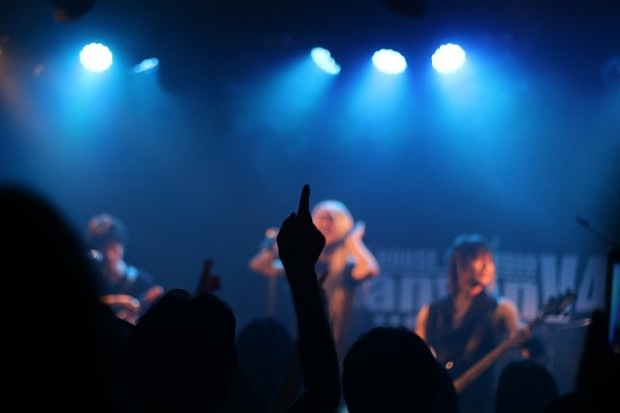 It's one of the most baffling features of the music scene. Not bad sound, nor low energy, nor too much alcohol can ruin a good band's set more than overstaying their welcome onstage. And yet, this very night there will be plenty of audiences around the world checking their watches and trying to see how many more songs are written on that damn setlist.

If you think that your band isn't guilty of this, you may want to double-check. Even though you've been on the receiving end of a set that never seems to end, that doesn't make you immune from wrongly thinking that you need to add a couple more songs than what's required. Here are a few things to consider when putting your list together.

If you're slated for a half hour, that doesn't mean 30 minutes of music. There's stage banter, tuning, segues between songs, and other incidentals that can add a significant amount of time to your set. That means you should be closer to 20 minutes than 30 if you want to get to all your best material without the sound guy getting angry.

If you have a song that ends with a big, noisy riff and tons of feedback, then make that the last song. Even if you haven't played that long, when you start another song after that, it's so disappointingly anticlimactic. All of the momentum you expertly built is ruined because you didn't stop when you were ahead. On the flipside, if you need to change instruments for certain songs, do that earlier in the set. Don't let everyone think you're done only to see you pick up another instrument and start over again.

There are very few instances where a band plays too short. Yes, if someone paid $50 to hear all your number-one singles, then you probably want to make sure you don't leave too early. But if you're trying to win over new fans, you should be sculpting a set that has no extraneous bits and pieces that risk people getting bored. Shows that have four, five, or even six bands mean people are going to get sick of you the second you test their patience. Your music can be complex and difficult, but nearly every musician can pull that off in less than a half hour.

When you're playing and you see a few people turn around and head back to the bar, know that at least another 10 of them are thinking about doing the same. Keep the audience mesmerized until you're done. Then, if they want to hear more, the only options are buying a record or coming to another show. Play any longer than that and they may end up feeling like they've already heard enough.

Get more tips for putting on a kickass show: