5 Things You Should Never Say to Your Co-Writer 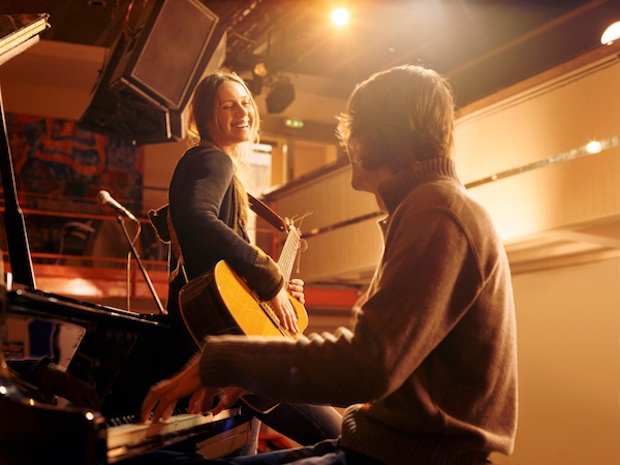 Songwriting is a personal and vulnerable art form, and to share this process with another person can be a tricky and sensitive endeavor. While co-writing, there are just some things that should never be said. These deadly phrases can kill the writing atmosphere in an instant, and you'll want to avoid saying things like this at all costs.

Yes, it's common sense and common courtesy, but I've heard stories of songwriters who have had this said to them during a co-write. It doesn't have to be said like this verbatim, but sometimes it can be implied, and nothing chokes the creative life out of someone more than feeling like his or her idea was stupid. The way that you express you don't like an idea can be phrased in so many different ways: "I don't think this idea fits for the song," or "It doesn't really add much to what we've written already," or "Let's keep brainstorming – I think we can come up with something better."

Unless you've both agreed to start the co-write session completely from scratch, being prepared is half the battle. If you're walking into a co-write and you ask the other person, "What ideas do you have?" instead of taking initiative and coming prepared with your own ideas, you will immediately set a negative tone for the session. It shows that you're not confident in your writing and the ideas you have, and it shows that you're unprepared and relying on your co-writer to do the heavy lifting. This is especially crucial to avoid if you're writing with someone new or if you got hooked up with an established songwriter.

There's always going to be writer's block at some point, but hey, that's what co-writers are used to combating. So if you're well into a co-write and say, "I can't think of anything," the more frustrated you and your co-writer will become and the less creative the vibe will be. Some things you can say instead if you run up against a wall are: "How about we try going in a completely new direction for this verse?" or "What are your thoughts on where we can go in the bridge?" Try to say things and ask questions that stimulate creativity instead of shutting it down.

It's such a pet peeve of mine when I ask someone, "Do you like this idea?" or "What do you think of the melody of the chorus?" or "How do you think we should approach the second verse?" and he or she replies with "I don't know." This is just a phrase that masks indecisiveness and a lack of confidence. Please have an opinion. Any opinion. It will be beneficial, even if you're saying that you don't like something.

This phrase should be avoided at all costs after a co-write. There's nothing more frustrating than for someone to hear, "Well, I don't really want to get together to write again because I actually don't like the song after all." It's better to drop the bomb early and be honest with your co-writer. If you don't like the direction the song is going, say so, instead of ending the session and passively refusing to meet up again because you didn't like it in the first place.

Co-writing can be an awesome and stimulating experience, but it can also be a frustrating and discouraging one. The next time you're writing with someone else, try to avoid phrases like these that shut down a creative environment, and instead, stay open and confident that you have good ideas to bring to the table.