5 Truths to Know Before You Go on Your First Tour 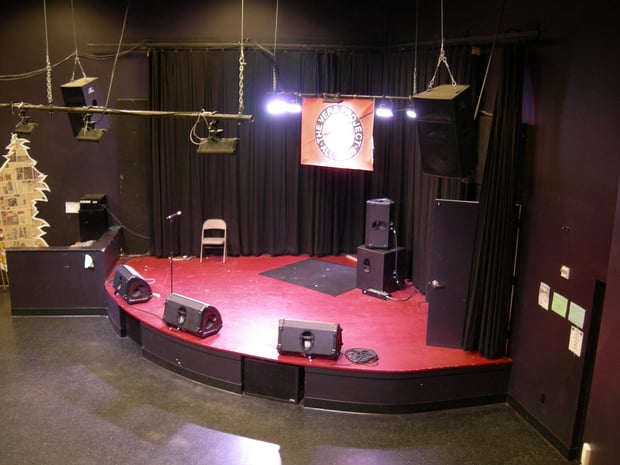 With live performances being one of the main sources of income for musicians these days, it's no secret how important touring is. However, before you let your eagerness get the best of you, there are several "reality check" moments you need to be aware of before going on your first tour. As you become more well traveled and gain experience, these lessons will become engrained in your head. But when first starting out, you may not know what to expect when it comes to life on the road and performing on stages where no one knows your name (yet!).

After numerous conversations I've had with independent artists who will never forget their first tour experiences, I've narrowed it down to the top five truths you need to know before you pack your bags.

1. Life on the road is a lot more exhausting than you'd think

It's hard to believe that you would ever be void of energy when thinking of the excitement that comes with going on your first tour. Adrenaline is through the roof during the first few days of the experience, and understandably so. But despite the temptation to be in 24/7 party mode, it's important to remember how tiring traveling can be, especially when you have the responsibility of entertaining a crowd on a nightly basis.

Whether you're traveling by bus, car, or train, your first independent tour isn't likely to be a luxurious experience. I'm not telling you to go straight from the venue to the tour bus every night (have some fun!), but be sure to not overindulge to the point where your performance suffers because of it. Your first tour is a huge moment in your professional career, so be sure to maintain a responsible balance between business and pleasure.

2. Most venues won't be impressive

A first tour can be a humbling experience for those who have unrealistic expectations of venue conditions and the treatment they'll be met with from event staff. Doing your research beforehand is the best way of keeping a levelheaded mentality, and realizing that the first few go-arounds on the indie circuit consist of small venues and crowd sizes that can be less than ideal.

Don't get discouraged on the nights that only 10 to 20 people are present, and you're performing at a club that needed a renovation five years ago. Remember that you've been blessed with the chance to visit new cities and expand the reach of your music. A venue in poor condition shouldn't be enough to stop you from taking advantage of an opportunity that not all artists are fortunate enough to receive.

When you're performing in your hometown, it feels natural to be socializing among all the familiar faces that you've known for years. When you go on your first tour, however, you may feel less of an inclination to mingle with strangers before, during, and after the show. While it might be tempting to simply complete your set and move on to your next stop, making yourself accessible to audience members is how you'll create relationships with people you may never see in person again.

Don't be shy or feel like you're too important to be a fan during the show when your peers are performing. By engaging with the crowd at all times, people will  better relate to you not only as an artist, but as a down-to-earth person who's worthy of being supported. Acting like a conceited artist who puts him- or herself on an ego-driven pedestal is only going to be detrimental to your goal of gaining fans and becoming a nationally respected musician. From venue staff to random strangers at the bar, make sure to interact with people who've spent their time and money to watch you perform. Make it easy for them to remember who you are, and leave a positive impression, because your first tour only happens once!

4. The artists you tour with are a reflection of you

If you're embarking on your first tour, there's a strong likelihood that a few other bands will be joining you on the trip. Be sure that you're touring with qualified artists who you believe in just as much as yourself. If you're touring with amateur artists who deliver lackluster performances, it'll cause the crowd to become quickly disinterested, which will reflect negatively on you before potential fans even get a chance to hear your work.

Even if it seems like the power isn't in your hands, it's up to you to be selective with your tourmates because not only do you have to travel with them for an extended period of time, but their talent level is a reflection of yours. If you're able to tour with like-minded musicians who will attract a shared audience, your first tour is much more likely to be a success.

[How to Pick the Right Band to Tour With]

Tours of all scopes and sizes come with a fair share of stress. So as much as you hope your first tour will be one of the best experiences of your life, it's pretty much a given that things will go wrong at some point in time. From confusion with equipment (or worse, malfunctioning equipment) at venues to payment issues, there are endless possibilities for plans to go awry when you're traveling to foreign places where all is unknown.

Even if it isn't your job to handle tour logistics, be involved in all of the details as much as possible before, during, and after the tour, because that way you decrease the chances of any unwelcomed surprises. But most of all, don't let the little issues get in the way of what matters most: delivering a memorable performance every night!