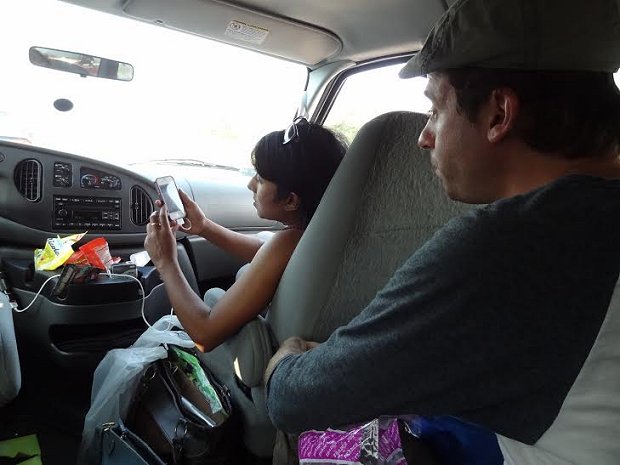 Being cramped up in a van loaded with gear, multiple bandmates, and random personal belongings for hours at a stretch is one of the most difficult of all rock 'n' roll challenges. With so many factors in play, there's lots of room (not literally – you're in a van) for things to go wrong. Fortunately, with some planning, communication, and common courtesy, you can easily turn a potentially disastrous road experience into the best tour of your life. Here are five road survival tactics to ensure your band remains a band after the tour is over. You know what they say: happy van, happy band!

1. Designate a driver for the end of each night

Sure, it seems obvious, but lots of bands don't get this. After a performance, the last thing you’re thinking about is finding the van and getting the band out of the club. You just had an amazing show. It’s time to reward yourself and celebrate by doing tequila shots with your new fans! But you do realize that if everyone in your band had this mentality, you would never get out of the venue, right?

Even the most experienced bands make this mistake. Everyone is celebrating, hoping that another band member will be responsible for the after-show load-out, and nothing gets done. At this point, it’s too late to designate a driver because there's no certainty you have a sober driver left. You put your own lives and the lives of others at risk, along with the lives of your precious vintage amps. Even if you’re in a band in which everyone is sober at the end of the night, selecting a designated driver beforehand makes it clear who will be responsible for getting you out of the venue, which in turn makes the club happy, ensuring you get another gig at the venue.

As mentioned above, when a show ends is precisely when a band likes to make their responsibilities disappear. Oftentimes after a show, you look up and wonder, where did everyone go? The sound person is giving you a dirty look. The club closed an hour ago. If you're lucky, there's usually one responsible band member left struggling to carry out the bass rig by herself. But honestly, that's not fair, and resentment can quickly build within your band. Make sure that every night, there's a team designated to load out your equipment. But it doesn’t end there – the entire band needs to be aware of how the equipment should be arranged in the van. This way, "But I don't know how to arrange the equipment" will never become an issue. Nice try. If you know how to play Jenga, you can figure out how to arrange your equipment.

3. Get rid of your stinky shoes before tour

It never fails. You bring your favorite worn-out pair of Converse on tour and all of a sudden your van smells like rotten eggs and mildew. At the point when one of your bandmates finally has the guts to say, "Did someone's foot just fart?" – this was really asked in my van – it's too late. You've bummed out the entire van and no one is looking you in the eye. How do you make it up to the band? Quickly drop the shoes in the nearest incinerator, and apologize to your band profusely.

You really should make your best efforts to avoid the above scenario entirely. Do a smell test before you leave for tour. You are certainly biased towards your own odors, so ask a random friend beforehand to do one for you. Ask her to take a big whiff of you and your belongings. She can then help you determine what to bring on tour. This can be a life saver for touring bands.

Be selective as to what types of food you bring into the van, along with what types of food you eat while on tour. In simple terms: Don’t let foods or farts ruin the van experience. You'll be in confined, tight quarters. Although to you tuna out of a can is a tasty, healthy snack, it can quickly ruin the trip for everyone else. Also, if you're about to be in the van for a six-hour duration, eating a loaded bean burrito and large fries just before you depart can be a ticking time bomb for the rest of your bandmates. There are no clear-cut rules here, but be sensible when making food choices for the road. Your bandmates will really appreciate you for this, and besides, the tree car air fresheners really just make it worse.

You’re in a band. You play music, you live music, and you love to listen to music. The problem is none of your bandmates want to listen to your top 10 kraut rock album playlist. Obviously, you must have some similar tastes in music, so it shouldn't be tough to find something that you all agree upon listening to. Having a diverse selection of music at your fingertips in the van is the easiest way to ensure everyone is happy during your travels. In fact, listening to music on the road is one of greatest pleasures of traveling in a van. You get to commune with other music lovers over your love of music while being introduced to artists you may have never heard of.

Shonali Bhowmik fronts the band Tigers and Monkeys and has been playing and touring for more than 15 years. She's also a longtime comedian and recently created and directed a web series called Shayla Hates Celebrities. You can get Tigers and Monkeys' latest album, The Animals Will Forgive Us Again, on iTunes and Amazon.