6 Types of Artists Publicists Will Never Work With 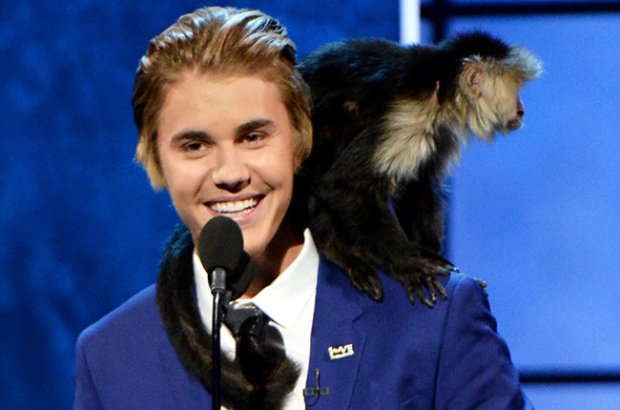 These six types of artists may even be worse than the Biebz. (Photo by Jeff Kravitz)

As a publicist with my own PR agency, I'm solicited daily by bands looking for PR services or for some advice/to be consulted about the wild, wonderful world of public relations and publicity, since it's press and media hits that they seek. Having done PR for nearly two decades, well, I've worked with all types of artists, and I've shared stories with other publicists about artists they choose not to work with. Through it all, I've learned what types of people I don't mesh with or make the job of pitching and securing press difficult.

These are the general types of artists that I, myself, and other publicists have encountered and tend not to pursue a working relationship with. So in general, if it's a publicist you want, try not to be "that guy," and by "that guy," I mean any of the archetypes below. Remember, the relationship between publicist and artist is a two-way street.

The know-it-all (KIA) has an answer for everything and is like a teenager. That is, he or she already knows how things work and is the expert, despite never having spent a day wearing a publicist's hat. The KIA doesn't take, much less apply, advice, nor does he or she respond to constructive or creative criticism when it comes to the media approach. The KIA is frustrating because he or she spends too much time trying to do your job, as opposed to doing his or her own. It bums me out because KIAs need to put their faith in me, since I've done this for most of my life. They tend to speak authoritatively on media trends and preferences, and they are usually wrong. They are not the experts, yet they act like it. When I see this trait pop up in discussions or even during a campaign, I work to squash it or move on.

On the surface, a band member that has IRL music biz experience, be it in a mail room or a marketing department, might seem like a godsend for a publicist, since he or she gets it, knows it, and has witnessed it firsthand. Not. So. Fast. Sometimes, the band member might be out of touch with how the music biz functions now, how it's changed, or how a publicist works in this capacity or situation. If the person's real world experience is outdated, it can become a challenge when you have to explain that [insert name here] no longer publishes monthly or that [blog that covered every band you tour with] has a new editor with a new content skew. If the music biz experienced artist truly "gets it," however, then this trait is anything but a hindrance and a total help!

3. The funded vanity project/rich kid with a trust fund

It might seem very tempting to work with an artist who's funded by a rich father or moneybags relative, or who has a trust fund of some sort, since it can be a lucrative project. Also, if you're compensated adequately for what you're worth for your skills, talent, contacts, and expertise, it's refreshing and will have you pushing harder for the artist! On the flip, it can also be one that's driven by expectations that don't line up with reality. Oftentimes, a funded project exists to stroke an ego, and it has nothing to do with talent. Just because someone has a relative with money doesn't mean that her or she has talent, or that a publicist can turn water into wine or work miracles. I've seen my colleagues hop on these projects because they were hotly pursued by the client and end up nearly pulling their hair out.

This is tough, since the artist usually means well. But someone who calls to ask if you’ve read an email 13 seconds after sending it and before you have even had a chance to open it, who hits you with texts about media targets at 2:00 a.m., and who calls multiple times a day to check on the same thing is a punisher. That helps no one, namely a PR rep who's laying the foundation of a project. It wastes time and creates frustrations, not to mention distractions. We have to do our jobs, and when we're being pulled away from pitching to massage egos, nothing gets done.

Another version of the punisher is someone who's hit you up multiple times and made demands, despite never even agreeing to work together. If someone is super high maintenance in discussion stages, it won't lessen during the activity stages. We understand people are excited and ambitious, but being a punisher isn't endearing, professionally or personally, and if someone exhibits punisher tendencies early on, it could cause a publicist to not move forward.

The artist that "yeses" you to death is no good, either. If he or she says "yes" to something you ask but doesn't do it or follow through, then it accomplishes nothing except filling the air with words. The yesser tends not to want it as much as you do.

Captain Obvious, I know, but you'd be surprised at how many cocksure artists haven't sold a record or played a show come at publicists, seeking their services, but talk to them like they should be glad that they had the good sense to call. I will say that most of the bands who reach out to me are polite, genial, and talented, but there have been a few who were snippy, rude, and terse with me, as if I should be thanking them for finding me. Next, bruh.

Those are some basic types of people I won't move forward with. Luckily for me, most of the artists I've encountered in my career don't fit these molds, but the ones that did are the exceptions to the rule and the ultimate exercise in irony. I remember the general type of person they were but I don't remember specifics, like their bands or their names. Many never elevate themselves. Is it because their behavior or attitude prevented them from succeeding? Perhaps.

Get more tips on working with publicists: