7 Harsh Realities of Doing Your Own Music PR 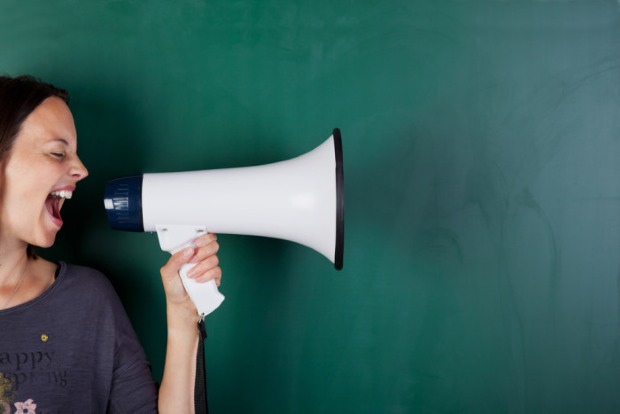 Pretty much all indie artists have, at some point, thought about doing their own PR (or are currently attempting to do so). Some do it out of necessity because they can't afford a publicist, while others simply want to do everything themselves. The decision to do your own PR is not one that should be taken lightly, as PR is a 24/7 job, and you have to treat it as such. This means there will be large chunks of your day that will be spent not as an artist, but instead as a publicist. The reason for this is that being a publicist is about a lot more than simply sending out email blasts; it's about establishing relationships, and that's something that takes time. That, however, is just the tip of the iceberg. Here are seven harsh realities of doing your own PR.

1. You must be realistic in assessing where you are in your career

Before you even get started with the actual PR part of the task, you have to take a look at where you are in your career and give yourself a reality check. Is your vision for what you expect to achieve from your DIY PR campaign realistic? You may be picturing yourself on the cover of Rolling Stone when you should be thinking more about getting a write-up in your local alternative weekly.

[How to Set Realistic Goals for Your Music Career in 2015]

2. You will spend a lot of time in front of a computer

Throughout the day, you probably use Google a handful of times to look up a fact or a website. Imagine having to do that literally hundreds of times per day. This is what will be required of you while you're researching which outlets are going to be the right ones for you to pitch. Your job will be to find the sites that cover your style of music.

[How to Pitch Your Band When You Can't Afford PR]

If you have friends in bands who've received coverage recently, make note of where they've been featured. Your friends might have a nice "in" for you, plus it's always great when your pitch can include something along the lines of, "You gave XYZ a great review. We toured with them last year, and hope you'll like our work as well." Also, make note of which websites do album reviews, which feature artist interviews, and which post video debuts. With that information you can better cater your pitches.

In addition to websites, seek out local music publications and even newspapers (yes, they still exist, and they still need content). Both are highly receptive to local stories, and if you're releasing an album or have a show booked, they can be a perfect outlet to spread the word.

Once you have your list of publications, find appropriate email addresses of editors and writers, and while you're at it, look them up on Twitter and start following them. Do not, under any circumstances, blindly send links to your work via Twitter. No writer likes that, and no writer ever clicks on those links. The point of following them is to get a feel for what they like, and, if possible, engage in conversation.

3. Writers will become the only people you talk to

Developing a contact is a lot like developing a friendship. It takes time. Publicists have worked for years establishing these relationships. If you're doing your own PR, you're going to have to take a significant amount of time laying the groundwork in this area.

It's a not-so-dirty little secret that writers have favorite publicists to work with. If those publicists send something over, they're far more likely to listen to it. Again, these relationships didn't develop overnight. Heck, I've been invited to the weddings of some publicists! Getting to that level with a writer is huge and requires real effort.

Speaking of that effort, as a writer, I receive emails from a plethora of publicists first thing every morning, and those emails lead to conversations that last throughout the day, oftentimes well past traditional working hours. While I'm having these types of email interactions with dozens of publicists, they're having them with dozens of writers.

Even when the emailing is done, I'll see publicists at their clients' shows well past midnight, only to then once again see their name show up in my inbox first thing in the morning. If you choose to do your own PR and expect any sort of return, this will be a large aspect of your reality.

4. You will need a real bio if you want any coverage

Who are you? No, seriously, who are you? As writers, we literally have no idea who you are the first time you send us something, so you better have a well-written bio to let us know all the relevant info. Very few, if any, music journalists are going to listen to a link sent to them by someone they've never heard of and have zero information on. What do you expect, a blog or website to just post your music with no information?

You can either hire a professional to write your bio or attempt to do it yourself. Either way, make sure it's readable and up on your website and social media profiles so writers can find out more info if they're interested in your pitch.

5. You will have to carefully craft your pitches for each publication

You may think it's easier to write one blanket pitch, but being that you've taken the time to break all the publications down into categories, you should be crafting your pitches for what you hope to achieve with each publication. If you neglect to tell the local press that you're a local artist, they won't care about you. On the other hand, a national website couldn't care less about your local roots. Make sure each publication gets the version of you that fits best with its format.

Also – and this should go without saying – always BCC your emails. When writers see a long list of their peers CC'd, all they do is delete the email and pray no one hits "reply all."

6. You will need to be extremely diligent about following up

If you haven't heard back from a place in a week, send a polite follow-up making sure they received the original email. One week is a decent time frame, as you won't look too pushy, but you also won't look too lackadaisical.

7. You must understand that there are no guarantees

You can do everything right and still not get a response. That's a harsh reality of doing PR, whether you do it yourself or you have a publicist doing it on your behalf. Personally, I've felt bad at times when I haven't been able to read all the emails I receive from artists. It happens. There are only so many hours in a day, and you have to realize that as someone who is looking to establish relationships with writers, rather than having already established those relationships, you simply aren't a priority. This doesn’t mean you should give up if no one replies. It means you should work to become a priority.

Doing your own PR is not an easy task. It’s not impossible, but it’s not the kind of thing you can half-ass and expect to get a good return from. If you're really dedicated, there's a chance you could see some nice results. Even so, I'd advise to start putting some money away for an actual publicist. While you can survive for a while on your own, and there’s a certain sense of pride in DIYing everything, your ultimate goal is to make your music the focus of your life, and at some point, that's going to have to mean hiring a publicist to take all of these other responsibilities off of your hands.

Although PR is a cutthroat game, there are certain strategies you can use to greatly increase your chances of coverage! Check out our "Ask a Publicist" column for many more tips from the other side of the desk.