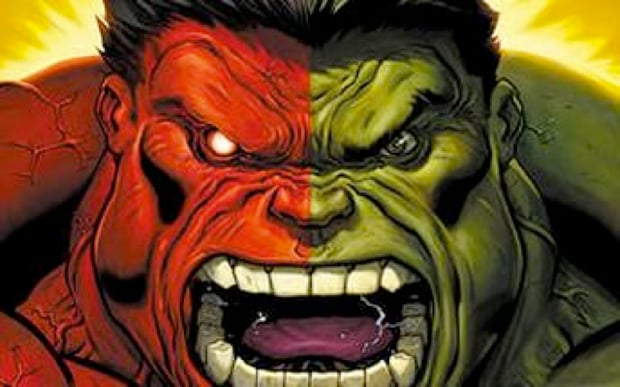 Your actions could be making writers angry, and you wouldn’t like us when we’re angry. (Photo by Yiiğit Can via Wikimedia Commons / CC BY 4.0

Music journalists aren't angry people. Really, we aren't, but certain things artists have been known to do make us go from mild-mannered Bruce Banner to full-on Hulk smash. If you don’t want to feel the wrath of the Hulk, here are eight sins you’ll want to avoid.

You may think blowing off an interview is a slight inconvenience. It’s only 20 minutes of our time, right? Wrong! Do you think our questions come out of thin air? Any journalist worth his or her salt does a pretty decent amount of research before an interview. Not only that, we plan time to transcribe the interview and edit it.

So when you blow off an interview, it’s not just a 20-minute inconvenience – it’s hours of hard work down the drain, and time that could have gone to booking someone who cared.

FYI, for freelancers this is even worse, as it essentially kills a pay day since there’s no way to instantaneously fill that time with another interview.

You did an interview, it was posted online, the writer let you know about it, and... you do nothing?! This is maddening. Why should anyone go through any amount of effort for you if you can’t even take the time to hit the retweet button?

3. Insulting a publication we write for

I’ve seen artists go out of their way to insult magazines and websites for the acts they choose to cover, or the way in which they cover them, never coming to the realization that at some point they’re going to want to be on that site, or that the writers there also work for other sites the artist might want to be on. Plus, a lot of writers are friends. If you insult my friend’s work, why would I want to work with you?

4. Using CC instead of BCC on your mass emails

Oh goody, an email that was sent to me... and 847 of my peers, all of whom are listed because someone decided to use CC instead of BCC. Whenever one of these emails arrives, we pray the entire list of people CC'd ignore it, because if just one person clicks “reply all” to say “remove,” it becomes a day-long, inbox-filling extravaganza, and we all remember the reason it started.

5. Sending an iTunes link when requesting a review

Believe it or not, I’ve had artists say they want an album review and then hit me with a link to where I can buy the album on iTunes. One even became upset when I said he needed to send a download link. He replied that I should “show support” to artists. I felt like the old lady in the Esurance commercial: “That’s not how it works. That’s not how any of this works!”

6. Telling us we're on the list for a show when we're not

This one, thankfully, doesn’t happen all that often, but when it does, you’ve made an enemy for life. It’s bad enough to inconvenience us when we're at our desks, but if we’ve been told we’re all good to get into a show and have made the effort to go to the venue only to hear, “You’re not on the list,” you’re basically dead to us. This goes for PR companies, too.

7. Blind tweeting us your music

Social media can be a great networking tool when used correctly. Blind tweeting a bazillion writers the link to your latest video is not using social media correctly. Not only do we never click on those links, we can check your Twitter timeline to see you’ve sent the exact same tweet to everyone and their grandmother.

[The 5 Most Annoying, Ineffective Ways That Bands Seem to Always Promote Their Music]

Here’s a better idea: say hello, strike up a conversation that has nothing to do with your music, and be social on social media the same way you’re social in real life. My guess is you don’t walk up to every random person you see and shout, “Check out my video!”

Much like the blind tweet will never work for you, neither will tagging every writer on the planet in your latest Facebook post. We pretty much dread seeing the email notification, “You’ve been tagged in a video,” because unless we’re actually friends with the person who tagged us, we don’t care. Not only do we not care, until we un-tag ourselves, we receive notifications whenever someone comments on the video, reminding us that some jerk tagged us in a video we have nothing to do with.

If you’re doing any of these eight things, stop immediately. You’ve probably already noticed these actions aren’t getting you any further in your career, so right the ship, dust yourself off, and start anew. No matter how long you may have been doing it wrong, it’s never too late to get it right!

Next up: 6 Ways to Annoy a Music Journalist