From Undiscovered to Epic: Where Do You Fall on the Artist Spectrum? 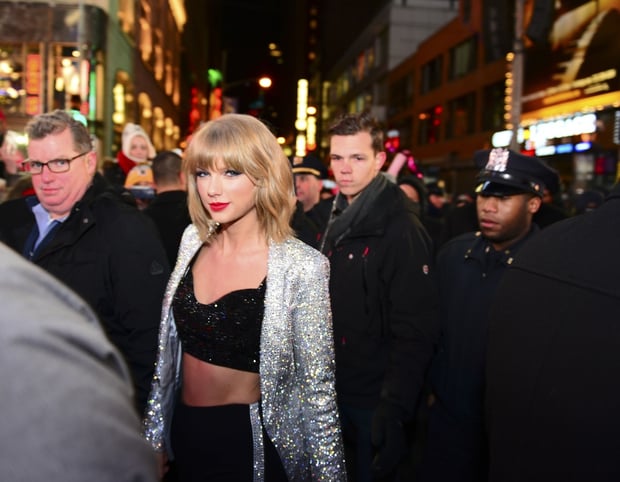 Defining yourself as an artist can be tough, as everybody seems to have their own terms for what kind of a musician you are, from genre to status. One person may call you rock, a fan may think you’re pretty poppy, while a critic might come up with a much more specific, long-winded term for the music you’re creating... and all of this doesn't even touch on what people call "underground" or when what "making it" really looks like. These terms are all subjective, and while they may seem unimportant to some, it’s never a bad thing to have a sense of where you stand in the industry and what your position looks like.

Next Big Sound – a data analytics firm that focuses on the music industry which was purchased by Pandora last year – has released a report where it claims that there are five types of artists. The firm calls the essay  "The Taxonomy of Artists," as it tries to classify musicians as a scientist would a newly discovered species. It’s an interesting way to look at the music business and to place where some acts are in their careers.

To help artists have a sense of what it takes to belong in every category, Next Big Sound has revealed what it believes to be the optimal number of new followers on social media and views on YouTube (and/or Vevo) every six months that any artist needs to either stay in one group or to graduate up (or down, but hopefully not). So, where do you fit in?

This is the lowest rung on the ladder, and by far the most popular. In the image shown in the report (below), each of the five classes has a certain number of dots in it which represent the relative number of acts that belong in each group. The undiscovered rank is the most heavily populated, and anybody just getting started in the business probably wouldn’t be too surprised by this. Many artists never make it past this point in their careers… if they can even call them that. Someone who's undiscovered might be just starting out, not doing it very well, or music might just be a hobby. It’s the broadest of the categories, and while they may start with few fans and followers, everybody’s got to begin somewhere.

These are the artists who don’t have a strong following yet, but for whom things are starting to get going. There are a lot of these acts as well, and sadly some of them don’t get a chance to move on from this phase. It’s not too tough to get some buzz on blogs or to have a track pick up steam on a streaming platform like Spotify at some point, but how about more than one? That is what can really help a promising musician become an established one.

Now this is where some of the better known names come into the picture. Established acts are ones who can make a living on their art, but who certainly aren’t millionaires. In their report, the example that Next Big Sound uses is FKA Twigs, who's never had a proper hit or charted an album in the top 10, but nobody can argue that she doesn’t have a career that's on the rise. This might be a more realistic goal for people just beginning their venture into music, though it can still be tough to reach.

Mainstream acts are ones that can sell out large venues and chart hits and successful albums… but are they legendary yet? They may move millions if the situation is right, and unless you’re completely removed from the music world, you know their names. In the report, British rockers Florence + the Machine are the example of what can be called "mainstream" these days. These acts see impressive growth on their social channels and especially with their music videos every half year (eight million is a lot, especially to an underground newcomer).

Identifying an "epic" artist is pretty easy, because there really is no other word for them. Taylor Swift, Beyoncé, and Adele all belong in this group, and that shouldn’t surprise anyone. These are the names that everybody in the world probably knows, and they have earned their place in the history books. Their singles go to number one, their albums go platinum, and it's likely that they have a shelf full of Grammys at home. Everybody wants to be them, but very few will even come close. While being the next international pop star might sound appealing, it’s a lot of work – just look at the number of new followers you need every few months!

If you want to move up the ladder, follow these social media tips: