Here's What Most Musicians Don't Understand About Selling Music 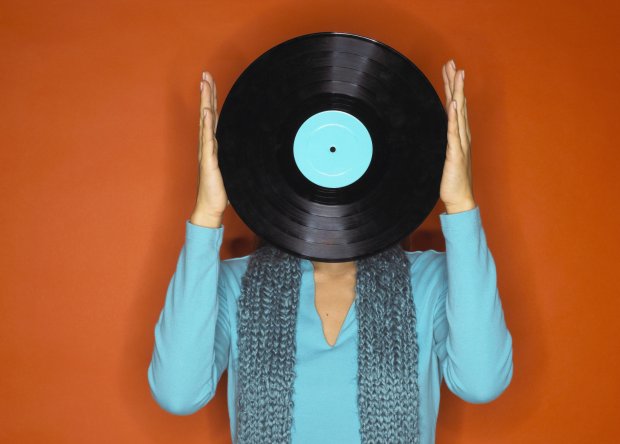 Why did you become a musician? I bet "because I love promoting and driving sales" wasn't on your list of reasons. But these days, musicians have to take on the responsibilities of promoting, distributing, and selling themselves, especially during the early stages of their careers. It may not be the reason you set out on your musical journey, but without it, you wouldn't be able to do what you love as a living.

Because sales and promotion aren't exactly skills a musician traditionally focuses on, a lot of artists are missing their full potential when it comes to selling their music. Money is being lost throughout the entire process of creating and promoting your music, but I'm going to show you how to change that.

The spectrum of buyers

Here's how many artists approach selling their music. You send out an email announcing your new album. At the same time, you might be sending out some tweets and Facebook posts promoting your new music. After one or two emails and few weeks of promotion, many musicians assume that the people who didn't buy won't ever buy, and the process ends there.

In a sense, with this approach, you're grouping your fans into two categories: people who bought, and people who didn't, and you give up on the non-buyers until next time, when you have a new product to sell. In reality, there are many different categories in the spectrum, with "buyers" and "non-buyers" being just two points.

Some people may be aware of your new album, but they haven't gotten to the point where they support you enough to buy it. Some fans may not have even seen your email or social posts for one reason or another. On the other end of the spectrum, some people may love you so much that they'd buy more than just your album if you offered it. And other people may be new fans who came in after your album promotion campaign. These new fans won't get any news about your products for sale until your next album.

As you can see, promoting and selling your music isn't black and white. A lot of times, buying is a process of multiple impressions, and you don't want those people who didn't buy after the first email to fall through the woodwork. It's all about figuring out where your fans are on the buyer spectrum and targeting your actions to drive them to buy. Next time you're promoting a new album, try this strategy out.

The first step is sending out an email. Let your fans know that you have a new album out and give them a direct link to buy. Take a look at your analytics and see how many of your fans opened the email and how many clicked through to your album.

The fans who didn’t even open your email are on the lower end of the spectrum. These people may have either missed your email or they aren't interested in buying at this point. Because they signed up for your emails, they are interested in your music, but you need to take a little more time to nurture these leads. Try sending them a free track from your album and then follow up a week later with a link to purchase the full album. Having listened to the free track, they'll be more likely to buy.

Next are the people who recently signed up to your list and may have missed any promotion for your new album. You can easily set up an autoresponder sequence to send any new signups a link to buy your newest album a week or two after they subscribe. Driving your fans to engage right off the bat instead of letting your new signups sit is one of the best ways to drive revenue and build deeper fan relationships.

Lastly, you want to try to upsell people who actually clicked through and bought the album. These fans are obviously really interested in your music, and they may be willing to spend more if given the opportunity. Send them a link to buy your older albums or your merch. Of course, not everyone will jump on it, but this is how you'll start to identify your superfans.

If you keep in mind that there's a whole spectrum of buyers and you start sending them targeted messages, you'll see more sales!

Now that you've unlocked the secret of targeting your fans, learn how to create a sales promotion strategy for your music.

If you want to learn more about driving sales and turning music into your career, check out this series of videos from New Artist Model's Indie Artist Summit event in Nashville. They brought together some of the most innovative people in the industry to share their knowledge and experience, and they caught it all on film. Check out the videos here.

Dave Kusek is the founder of the New Artist Model, an online music business school for independent musicians, performers, recording artists, producers, managers, and songwriters. He is also the founder of Berklee Online, co-author of The Future of Music, and a member of the team who brought MIDI to the market.