What Actually Happens After Your Song is Placed in a TV Show? 8 Musicians Weigh In 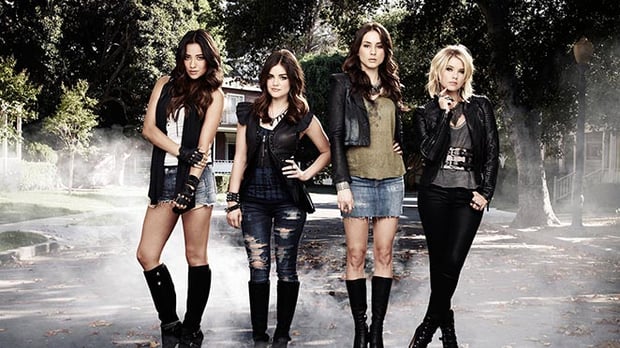 Chris Arena scored 100,000 views on YouTube from one placement on Pretty Little Liars. (Image via imgbuddy.com)

Songs that are played at key moments during TV shows and movies have always been an important part of both films and music. They set a mood, define a character, and in the case of the artist, showcase a song in front of potentially millions of people.

Websites like TuneFind.com make it easy to search for what you just heard on a show, and MTV routinely lists the artist and song title at the bottom of the screen and points people to a website where they can see full playlists from various shows. Once you know the who and the what, however, what does the song placement really do for the artist?

I spoke with eight musicians whose work has been heard on major TV shows to glean as much information as possible regarding what happens after an episode that features one of their songs airs.

What was the immediate impact of getting your music placed on a TV show?

Chris: It really depends on the type of show, the time it airs, and when they use the song. Certain moments can come alive with the right song, like [with] "Train" on Pretty Little Liars. I did see an increase in sales for that song, and yes, sales always increase a little, but it really depends on how much of the song the editors and network use. My socials, with the exception of YouTube, didn't really see an increase. However, the video for "Train" is at around 100,000 hits from just one placement.

Adam: It was definitely a huge status achievement for me. Right after the shows aired, my phone did blow up from people that watched, mostly my friends and family, but the real increase in both sales and exposure of the song came over a slow period of time, because the thing that most people don't realize today is that many people DVR shows. A lot of cable TV isn't watched live but in reruns, so the more times a show reruns, the more exposure and money you wind up making. It was kind of surprising, because it's like your stuff just went out to millions of people over the course of a few seconds, and you're still this same small artist in your room just not even realizing the magnitude of what has just occurred!

Matt: My brother Andrew and I got an awesome response to our songs being aired. I got texts from high school friends, social media messages from fans and family, and even close friends texting me who just happened to be watching the shows and heard our songs. That was a really cool experience. Our sales also increased for the song, and we did also have a big increase in activity on the Como Brothers social media sites.

Rick: Notoriety definitely increased and so did the number of people who came to our shows. Our web traffic and social media numbers went up. Yes, my grandma was proud.

Doug: We did get a lot of love after the placements. There is such a solid fanbase across the shows. We hit network television as well as cable television with the placements, so we were introduced to a massive array of new potential fans. Sales, social media, and Google searches all were positively impacted by the placements.

Allie: The feedback I received after the show aired was extremely remarkable. My phone became an instant hotline, and I couldn't keep up with my social media notifications. Those who didn't get the memo that I would be featured on the show were still not left in the dark – tons of them were inquiring trying to validate that the voice they heard over the TV screen was mine. I guess having a distinctive voice works in my favor.

Izreal: There was a gain in social media because we promoted it, but since the songs were placed during dialogue of the episode, you couldn't really hear them clearly, so it didn't make the impact it could have. Our phones did go a little crazy, though. [laughs]

What was the long-term impact of getting your music placed on a TV show?

Rick: It helps to have resume points, so to speak, so that when you pitch yourself out for opportunities it gives a sense of perceived credibility to the reader by using a recognizable name attached to a normally unrecognizable band.

Adam: It's definitely a great calling card on my resume when people see I've had such exposure for my stuff. It's like even if they don't know me, venues are more apt to book me just because I've been in the mainstream with my music. It also helps establish myself street-cred-wise when I pitch for other artists or celebrities, since I'm known for doing viral duets. It gives me validity to what I do. The biggest perk, of course, out of all of it is the ASCAP checks that I get in perpetuity – meaning as long as the show airs anywhere I'll always get royalties from it, so that's the most solid part of all of it.

Gen.Erik: I believe everything I've accomplished has led me on a path to bigger things. It's important to use every accolade to secure another opportunity. For instance, I gave Rob Swift all of the beats he used on ESPNU for free, which led to him passing them on to ESPN for me. I was also booking Rob at the time, which gave me the necessary experience to land a job with a booking agency and eventually start my own company, where I now book legendary artists such as Bone Thugs-n-Harmony, Pete Rock, Slum Village, M.O.P., and DJ Quik. Sometimes, it's most important to build your resume in whatever way you can, whether life takes you on the path you envisioned or on another similar path.

Doug: After the placements, we've had additional placements across cable television, including MTV, MTV2, Discovery, the Speed Network, and VH1. We've also had placements in three major motion pictures: Fast 5, Fast and Furious 6, and Despicable Me 2, and have been very fortunate to be invited as featured panelists at a couple of music conferences and educational institutions across the country. The long-term impact of the placement surely generated several unexpected opportunities and helped forge some great relationships between industry as well as our fans, old and new.

Allie: The long-term impact has definitely worked in establishing a bigger brand. The music composer, Elvin Ross, expressed that Tyler Perry was very pleased with the musical composition I put together, and that he will definitely be reaching out for more music for the upcoming season. Since the placement I have been asked to perform at the New Orleans Jazz Festival, and I have a booking email filled with requests to conduct interviews for magazines and blogs overseas.

Matt: I think the longer term impact of the placement is that we do get opportunities we weren't seeing before including being offered better shows, and also media outlets love the headline of one our songs having been placed in one of the TV shows. One cool result was that we got to open for the Wallflowers.

Chris: Pretty recently, I teamed up with a licensing company who makes it way easier to get music in front of the right people. Like I always say, you have to treat it like a business if you're serious about "making it" in the music industry. I found a show, focused on the scenes, and started writing music for just that show.

While getting a song placed in a television show is impressive, it should be treated both as the achievement of a goal and as a first step in the next phase of your career. It's impossible to predict which doors it will open for you, but as with most aspects of the music industry, the more you accomplish, the harder you have to work.

Now it's your turn: One Sonicbids artist will be selected to have their music featured in a Discovery or NASCAR produced program! Apply for free by August 14, 2015.

Need a little more guidance first? Learn more about how to get your music selected for TV placements: