How to Find Music Supervisors for Sync Licensing 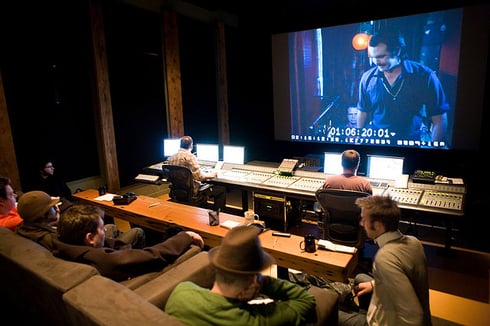 Most bands and musicians wouldn't say no to a sync license. Getting your music placed in a film, TV show, or even video game is great exposure and can be a decent source of revenue. The problem is, many see sync licensing as a game of chance or something that can't really be pursued without a publisher. So in this article, we're going to focus on the first step of that problem – actually finding music supervisors.

If you want to learn more about licensing your music, check out the details on my free webinar with CD Baby's Kevin Breuner at the bottom of this post.

1. Be aware and do your research

Music supervisors aren't elusive mystical creatures – it's pretty easy to find their direct email addresses with a little digging. The first step is to simply be aware of the music that is used in TV, films, commercials, games, or wherever you want to place your music. What shows use music similar to yours? What commercials could you hear your music in?

Once you have some ideas, take a look at sites like IMDb, dig through the music department, and find the supervisor. TV series are probably the easiest place to start, as they usually need an ongoing supply of new music with the same vibe.

We all know that just finding a music supervisor and cold emailing them doesn't always work. Even if you do your research, write a killer email, and have the perfect song for the production, you could still hear nothing back. The fact of the matter is that music supervisors receive a lot of emails – sometimes more than a thousand a day – and when you get that many, you just can't read them all.

Another approach is to prove that your music is licensable by starting small and working your way up. There are a lot of amateur and professional short filmmakers on YouTube, and all of them are looking for great music. Just try searching "short film" and you'll get a long list of people who you can easily contact via email, social media, or YouTube messages. Once you start getting some smaller placements, you can move up to more and more professional productions, and when you're ready for the big screen, you'll already have a sync resume.

3. Get to know the assistants

A lot of times, music supervisors won't even take unsolicited emails, but their assistants, who probably want to become supervisors themselves one day, might be willing to check out your stuff. If you can find their contact information, try to start a relationship by asking for their opinion on your music, and if they think it's good, they may hand it off to their boss.

4. Be where they're looking

Many times, music supervisors will be sent music from publishing companies, but they're music fans too and will also do their own research. Andrea Von Foerster, who has supervised for movies like Chronicle and 500 Days of Summer, uses YouTube to discover new indie bands and musicians. Ann Kline, supervisor for Shameless, a show set in Chicago, would actually call up local Chicago venues to get a vibe for what kind of indie bands were actually playing there.

With that in mind, you're probably better off working on just getting your music out there rather than sitting in your room sending hundreds of emails a day to music supervisors. Upload your songs to YouTube, get on playlists, and get out there and gig.

Of course, after you make the connection you still need to know how to pitch your music and much more. If you're ready to take the next step, join CD Baby's Kevin Breuner and I in a free DIY Music Licensing Workshop to learn how to break into licensing as an indie artist. We'll also be covering microsync opportunities, which are much more accessible for indie artists. So be sure to join us in the online workshop!