How to Fire a Band Member (Without Being a Jerk) 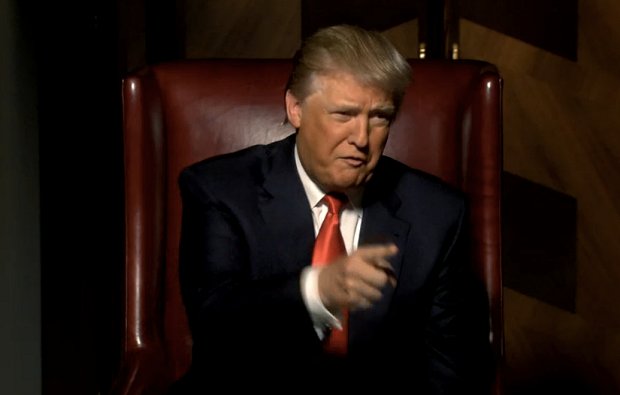 I've often equated being in a band with running a small business in which you're in a relationship with all of your co-workers. In a business like that, firing somebody from the company can be a very touchy and complicated matter.

The way you go about firing the troublesome band member is just as important as the decision to fire them. There are lots of things to consider before you decide how to do it and potentially a lot of discussion that needs to happen between the rest of the band members. Firing somebody you're friends with is going to be tough no matter what. Here's my advice that should hopefully make the process a little cleaner.

What is it that's making you want to fire your current member? The circumstances that are causing you to feel the way you do have a big role in how to actually go about firing your troublesome musician.

Naturally, if the case is extreme, you'll want to break the news to them from as far away as possible. If the musician is struggling with serious mental health or addiction issues and has become belligerent, and especially if he or she has threatened harm (or actually followed through on those threats) on you or the other players in your band, then you'll want to keep your distance and make it quick and concise.

However, if your band member is simply not working out from a creative or technical standpoint, and you simply need a different/better player, you may want to tread with a little more care. This is especially true if the bandmate is somebody you're close friends with, or he or she has been in the band an exceptionally long time (see point number two).

[5 Types of People You Don't Want In Your Band]

The next thing you'll want to consider is your current relationship with the player, what you've gone through in the past, and what you'd like for the future of the relationship.

Perhaps your band has just hired on a small horn section to play with you at some big awesome gig you've got coming up. However, after a few rehearsals, you've realized that the trombone player not only has trouble playing the instrument, but is also mouthy and unprofessional. This hired gun is somebody who you have no relationship with and probably won't want to play with in the future, so dropping him or her like a bad habit shouldn't take much thought or energy.

But what if, instead of the hired gun, it's one of the core members of your group? Somebody who's been in the band since the beginning, and somebody you've been friends with for even longer? He or she probably thinks that this band will be his or her life forever, and though people like this are great to have in the group, sometimes things come up that make it so his or her presence is becoming a detriment. A strong relationship like this is something you'll probably want to treat with more tenderness.

[How to Stay Friends With Your Bandmates For Life]

In the dangerous circumstances outlined in point number one, or in the hired gun situation described in point number two, you're better off making the firing process quick and clean; one clear and resolute email should do the trick. However, depending on the circumstances and your relationship with the member, you might want to give him or her a heads up about your concerns. You might be surprised about what people are willing and/or capable of changing when you just politely explain what they're doing wrong.

If you and the rest of your band have agreed that something the player in question is doing has become problematic, schedule time to talk to that person together. Your entire band doesn't need to be present for the chat; one or two people should do the trick just fine. You may want to meet with him or her for lunch or coffee to talk about it, or you might want to just make a couple of quick comments during band practice. Again, it all comes down to the circumstances and the severity of the problem.

Now you've reached the point where it's actually time to fire the band member. If the player is temporary/hired/dangerous, then the method described earlier should work fine (a single, clear email). If it's somebody you want to work with in the future, try to be courteous about it, perhaps even mention why it's not a good fit, and also let him or her know that you'll be in touch if you have other work in the future.

If it's a core member of the group who's getting the boot, you need to first make sure that the rest of the band is on the same page. Try to come to a group decision about who should break the news, and whether or not you want to try and maintain a friendship following the band member's departure.

Don't fire the person during band practice. It sucks to have to haul all your gear to the space and set it up, just to have to tear it back down and load it back up. As mentioned above, I'd recommend meeting your bandmate with one or two other members of the band for coffee/lunch to break the news. However, if you've already met for coffee or lunch to give a warning, he or she will likely suspect what's going to happen if you make coffee or lunch plans again. If that's the case, a phone call might be the best way to go.

It’s likely that your bandmate won't take the news super well. Even if he or she cries and begs for you to reconsider, it's important to stand resolute. You made your decision for a reason, and if the whole band is on board, it's likely for the best. If you're the type of person who might give in and let the person stay in the group due to sympathy, you should probably get somebody else in the band to make the call.

Make sure to express your gratitude for what your bandmate has contributed to the group and what you've all gone through together, and also try to explain the circumstances that have brought you and the rest of the band to the point of firing him or her. If you're kind about it, it's likely that you can continue to have a friendly relationship with after he or she has departed.

If your band has made some progress in the industry, you'll want to first tie up any loose business ends that come from the firing. Refer to any contracts or decisions that had been previously made in regards to any royalties the fired member will continue to receive, and if he or she is to be sent a cut of the band fund for what he or she has contributed to make the money.

You'll also want to decide if the band member's departure is something you'll need to announce, and if so, when you'll do it. If you have an upcoming performance, it might be best to publish the news early so that people who come to your show aren't confused. If you've got a little time beforehand, you may want to simply make the announcement once you've found a replacement for the fired player. Either way, be professional about it! Don't drag that person's name through the mud and make a big scene on your Facebook page. Be clear about the departure, but you don't need to mention the reasons behind it.

After the business stuff is all said and done, if the person you fired is somebody that you want to maintain a relationship with, it's important that you actually make an effort to initiate that. The player might feel very hurt and angry following his or her departure. If that's the case, it's best to give him or her a little space to cool down before you get in touch again. After that, send the player a text or a Facebook message asking how he or she is, what he or she is up to, or whatever other small talk you can think of. Keep in touch, and you'll likely go back to being close friends all over again. The person might even acknowledge that his or her presence in the band was detrimental, and completely come to terms with the decision.