How to Increase Your Spotify Followers - And Your Listeners 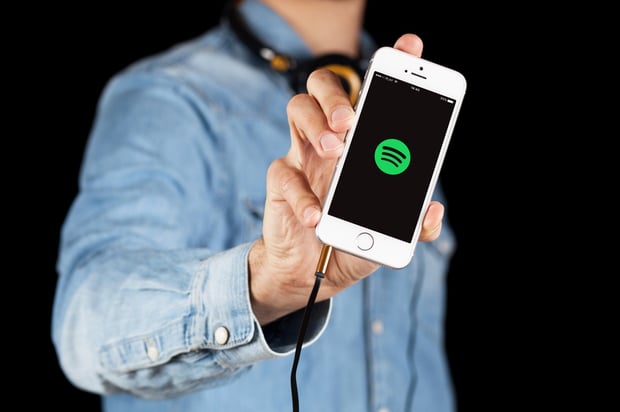 Spotify is one of the best ways to get your music heard, but first, you need people who will listen. Sure, you can try to get on Spotify playlists and hope the followers will, ahem, follow. But that’s a bit like putting the cart before the horse, especially when you’re talking official Spotify playlists.

One way you can increase your listeners (and maybe earn a coveted playlist spot) is by attracting more Spotify followers. Below are five ways to do just that.

1. Link to Spotify on social media

Just like you link to your website and other social media platforms on social media, you should link to Spotify as well. Not only should you put this in the about section, also post on Facebook and Twitter with a link to your Spotify playlist asking fans to follow you. Releasing a new single or album that is now available on Spotify or has been added to a playlist? Be sure to post that as well.

Spotify has a great follow widget, much like the Facebook “like” feature, that you can add to your website. Make sure to embed the widget on your website anywhere where you have music (i.e., hopefully a Spotify playlist of your music). If you know the most visited pages on your site, include the widget there as well. Find out how to add a Spotify follow widget to your site here.

3. Include a link in your newsletter

If you have a newsletter, and you should, ask your fans to follow you on Spotify. This should be part of each and every newsletter you send if you're generally interested in having more people hear your music. Just like your social media, you should also let them know when you're releasing a single, album, EP, or have been added to a playlist with a link back.

4. Create your own Spotify playlists

Another way to get new Spotify followers is to create a playlist with your song and other bands who you like or sound like who would fit well within a playlist with your music. This also allows you another opportunity to post on your social media, and make sure you tag the other bands you included. It could draw new fans from those who follow the bands on your playlist but don’t yet know about you. When creating a playlist, make sure it has a minimum of 20 songs with no artist repeating to increase the chances of Spotify aggregators finding the playlist you’ve created.

Spotify just introduced a new tool about six weeks back: an image with a QR code so your fans can scan directly to their phones and play your music instantly. (If you're familiar with Snapchat, it's similar to their Snapcodes.)

Imagine you’re playing a show where you have the opportunity to introduce new fans to your music. Set up a station at your merch booth with an iPhone or iPad so fans can scan the QR code directly to their phones. In addition, you can incorporate the code into traditional merchandise items like posters, postcards, and even your CD artwork.