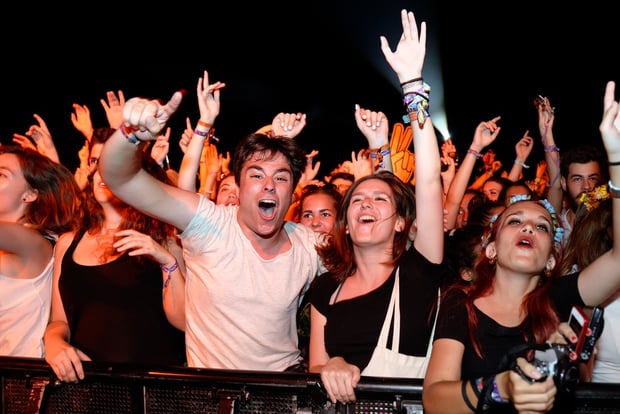 You’re about to release a new album, but you have one small problem: it’s been a few years since your last release and you’ve lost touch with your fans. Maybe it’s because you were holed up in the studio. Maybe it’s because you just didn’t think you had anything to tell them while the band was relatively inactive. Whatever the reason, you know you need to re-engage your fanbase, but you’re not sure where to start. If you want to increase the chances of your release being successful, you need to give your fans time to get reacquainted with you before you drop the news.

Let’s get started. Below is a six-week, step-by-step timeline to re-engage your fans leading up to the first announcement of your album or EP release.

Six weeks prior to announcement: organize your contacts

First things first – you need to get organized. If you’ve lost touch with your fans and the bloggers who have covered you in the past, chances are your information is a bit out of date. Go through the list you have and make sure the writers and blogs are still active, and that you have up-to-date email addresses for your fans on your newsletter.

If you aren’t set up a with a newsletter distribution service like Mailchimp, get that set up so you can start making those fans and media contacts aware that you're back in action. Before importing everyone into the list who wasn’t already on it, you do need to get their permission to receive emails.

Five weeks prior to announcement: engage with targeted contacts

Okay, now that you have everything organized, it’s time to make that first contact. Again, don’t start with simply announcing you have a new album. Start with a reintroduction and how you’ll have some exciting news to share in the next few weeks. You should send this out via your newsletter asking people to follow you on Facebook and Twitter. On Facebook and Twitter, you should suggest they join your newsletter to be the first to learn your exciting news.

While Facebook and your newsletter can serve as a broadcast, Twitter needs to be all about your fans. Select your top 20 followers who were your most supportive fans and/or who you want to build a relationship with, and focus your energy on what they're doing and how you can retweet, reply, and favorite their interests. I promise it will come back to your news soon enough.

Lastly, make sure you're engaging back with anyone who engages with you. Reply to tweets, Facebook comments, and email responses to your newsletter.

Four weeks prior to announcement: post a snippet of the new single

I know you’ve been working it, and your fans are starting to come back. Now is the time to give them a little taste of what's coming. Take this opportunity to post a snippet of the music or live video of a track. Ideally, this should be the first single you're planning to release. And don’t forget to send it to your email list. (I know you’re ready to send them a full song. Patience, little grasshopper, that’s coming.)

Also, don’t lose track of the fans you targeted last week. Continue to engage with them on Twitter by focusing on what they're doing.

This week, announce the coming of a new single to your email list and social networks. Again, don't post the full single; simply say it’s coming with a release date three weeks in the future. Your goal is to brand that release date to keep people engaged and coming back to hear more. If you do have someone from the media in mind, by all means, send the single to him or her. Just make sure that person knows it can’t be posted until the release date.

Now's the time to make the visual connection with the single by posting your single artwork on your social networks. I highly recommend also creating banners with the artwork and single release date on both Twitter and Facebook as well. Again, this is all about branding and keeping people coming back.

I know you’re excited that this is all about your release, but don’t lose sight of your fans at this point. Continue to engage with their interests on Twitter. Also, take note of topical themes that seem to come from your fans as a whole as this can help you write original posts – not about your music, but about their interests that could maintain continued engagement.

One week prior to announcement: send reminder of single release to your fans

This week, you’re simply sending out a reminder to your newsletter of the single release, which is only a week away. On your social networks, get creative and think about daily topics to continue engagement. By now, you should be really familiar with your fans' likes and dislikes and cater your strategy to what would most appeal to them.

The week is finally here! You should post the single on your social networks and send an email to your newsletter. You can also begin hinting at the album release and give the release date it will come out, which should ideally be four months in the future if you're an unknown band who needs time to build awareness with bloggers.

As you can see from the timeline, it takes repeated attempts to draw your fans back into caring about your music, especially if you’ve only shown up when you needed something from them (no one likes that guy). You have to make up for lost time and show your fans that you appreciate their support over the years, and it takes time to rebuild trust when a relationship has been neglected.