Let's Have an Honest Talk About the Indie Artist Hustle 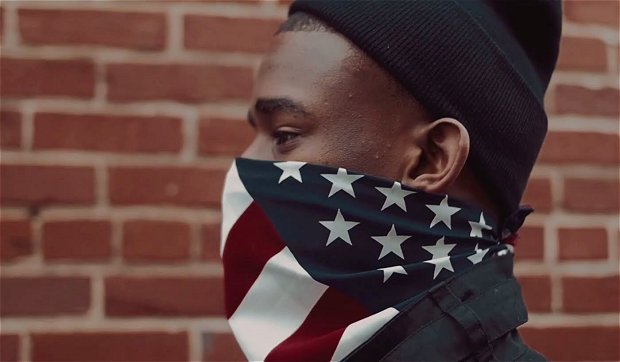 Whether you're a local artist, up-and-coming producer, DJ, talent manager, or prefer to be called something ridiculous like "a creative force," we can all agree on one thing: it's hard out here for the independents.

Unlike most, I'm not going to talk from some all-knowing high ground as if I know more about the game than y'all do. Like plenty of young talents, you've put a hell of a lot of effort into honing your craft. Whether that manifests itself as late-night writing sessions, studio brainstorming for hours on end, rewinding samples trying to find that perfect loop for the hook, or simply practicing your guitar riffs in the mirror before your next show, know that you're not alone.

Before Kendrick Lamar, there was Kanye West. Before the Black Keys, there was Aerosmith… making crossover joints with Run DMC. Before Jay-Z, there was a Notorious B.I.G. (clearly). Justin Timberlake and Michael Jackson, KISS and the Beatles, Destiny's Child and TLC. Since the beginning of the era of commercialized music, artists have had to hustle to reach, mobilize, and increase their fans. Our individual struggles might be unique, but they damn sure ain't new.

What makes us different though?

We live in the era where literally everybody can make music and distribute it to the world instantly. An era where artists like Tove Lo and Fetty Wap become international sensations in the course of a few months, if not sooner. You need the combination of a sound strategy, unique skill, and a decent amount of luck to slice through that noise, and some routes are undoubtedly better than others. Figuring out which to pursue and which to drop is where the real knowledge comes in.

I can't possibly be the first person to say this, but if there's any way to chase opportunities away and alienate the few fans you do have, it's spam. Sending your link to a random person who has never indicated interest in your music is never a good idea. Never. Stop shaking your head – I'm sure you're thinking about that one time when it worked, but when it comes to engaging fans, that's a cardinal rule.

There are only a few situations where it makes sense to send your music out:

Let's use an example from Twitter for clarity. If somebody follows me, the first thing I do is check their profile to see who the hell I'm following back. If I see three consecutive "Mansion part at Elan, Lil' Buckshot performing live!" tweets or links to your SoundCloud single all over the place, I just might block you out of principle. Nobody wants all that mess on their timeline. Put yourself in your potential fans' shoes.

If a casual observer can't answer that question within a couple seconds of seeing your post, single, or album, you gotta get it together. If you want to make a business out of this (I'm assuming you do), then a professional appearance is crucial on all fronts. Not only does your name and message need to make sense across platforms, but your branding/activity needs to be relatively stable, too. Don't be super active on one account and post once a month on another.

Get a logo, decide what kind of persona you want to get across (if you even have one), and stick to it. Let them get to know you.

Make it easy for people to find you

Where can people find your music? They can find your music, right? The way you distribute your work is vital to its perception and reception. Assuming they want to hear you in the first place, they want the experience to be simple and easily accessible. I'm going to try to avoid throwing certain services under the bus, and toss them joints under a garbage truck instead. ReverbNation, Myspace Music, and any other sites with low cultural relevancy and amateurish user interfaces that look as if you made the profile in your dorm room, try to avoid them altogether. I've been there, done that, and learned from my mistakes, so you don't have to.

Be innovative and interesting

Innovation. Doing something new with your music, persona, or overall presentation that people haven't seen before is one surefire way to perk their eyebrows up. Anyone and everyone can shoot a link out. There's a much smaller pool of people who can create a unique, high-quality music video. Getting a presence on the major streaming/purchasing services (such as Spotify and iTunes) is a building block to ensure that people take you seriously. Beyond that, welcoming fans and collaborators into your creative process as you build on a track is even more rare of an occurrence.

Make sure you have the basic tools

What do most artists need as far as the workflow and distribution process?

Speaking as an artist, sending and manipulating vocal stems is probably one of the most annoying things we have to do. A service like AudioCommon eliminates that headache and addresses every one of the needs above. Helps that their interface is dope as hell, too.

At the end of the day, this game is all about commitment. If you translate the passion you put into your music to your promotional efforts and presentation, you'll undoubtedly see a more engaged fanbase. Whatever you end up doing, make sure you do it with a purpose.

Cameron J. is an independent hip hop artist, co-founder of the blog site Any Given Hump Day, and digital advertising professional living in Atlanta, GA. He considers it his job to speak his mind, especially when his opinion's unpopular. You can stalk him on Twitter at @camjamesmusic, or check out his thoughts in audio form at camjamesmusic.com.