The Music Industry by the Numbers: These Stats for the First Half of 2015 Will Blow Your Mind 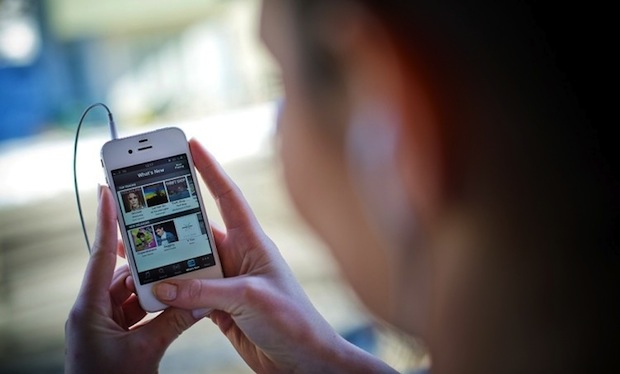 We've all but literally shoved it down your throats: if you want to stay relevant, you simply have to stay on top of social media and music streaming. The young musician in the 21st century can no longer be ignorant about how his or her rapid growth may happen, the infinite lines of communication available, and the vice-like hold that digitization has on the music industry. But maybe you've gone years not paying attention to specific data and analytics, and you've just accepted that you need to be on Facebook and Twitter and YouTube (and so on) to get somewhere, without specifically considering how each service is growing in its own way. There's no need to stay in the dark, though.

Next Big Sound, which provides online music analytics, recently came out with a comprehensive report on the massive growth music has seen in social media and streaming services in just the past six months. Compared to growth last year, the numbers are earth-shattering (and continue to skyrocket). But what's even more interesting is how the various services are growing in unique ways, benefiting different kinds of artists and genres to different degrees.

It's time for you to have even more information at your disposal, so you can make better informed decisions about which online avenues are the best to focus on. While we provide the breakdown of the key takeaway points below, we strongly recommend you check out the complete report here.

Streaming is bigger than you think

No, that number isn't hyperbole. That's actually the total number of streams in the first half of 2015. This number already blows plays for the entire year of 2014 out of the water. What does this mean for musicians such as yourself? "Their piece of the streaming pie will only continue to grow," NBS writer Liv Buli puts it. But this number only scratches the surface. Let's get into the specifics so you can really see which sites and metrics matter going forward. 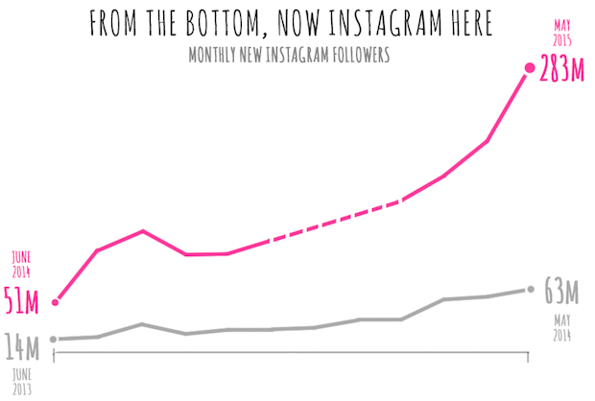 This past May, activity of artists' Instagram followers was almost six times that of June 2014. There are hundreds of millions of people out there who want to see (emphasis on see) your dedication in the studio and your crazy hijinks outside of it, and there are plenty of ways to find them. Just as with anything, there is an art to Instagram, so make sure you're using best practices to get the most out of it.

Keep your head in the SoundCloud 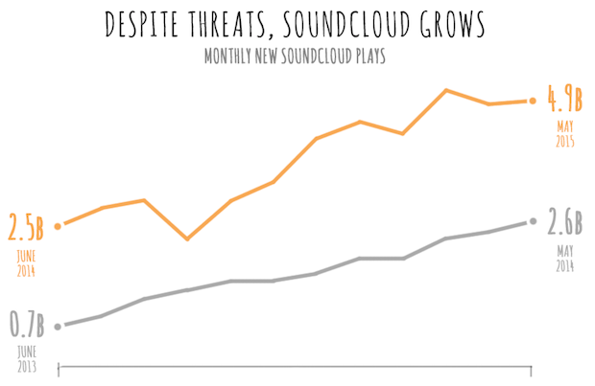 There has been some controversy surrounding SoundCloud as pressure from record labels has led to the creation of subscription tiers, but the numbers don't lie – its growth over the past year has been impressively steady. If growth continues even when users are forced to pay up, artists on labels (including indie ones) will get even more out of the service besides plays. If you have a SoundCloud account, it's very easy to get as much exposure on it as possible.

There are noticeable genre biases 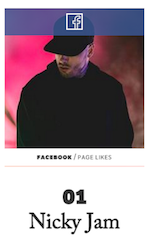 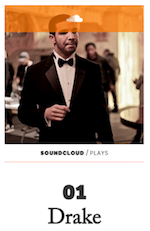 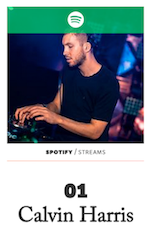 While "genre breakdowns across networks are pretty consistent," it's interesting to note that certain genres can find a specific home on different sites. Noteworthy examples include Latin music seeing a massive explosion of fans on Facebook, SoundCloud being "a valuable niche service... for mix tapes and DJ sets," and Spotify users seeking out comparably more EDM than on other sites.

While this may change your marketing strategy in small ways at the micro level, it should be stressed that this does not mean musicians with small followers should forego other services just because their genre is a little more popular elsewhere. Ultimately, all of the streaming services share a purpose and lead to similar results, and you should understand how to take advantage of all of them.

Previously unknown talents can become established acts and promising artists can become mainstream sensations in as little as half a year, owing a lot of that to YouTube (check the report for examples like Halsey and Fetty Wap). YouTube is uniquely important because of what Next Big Sound has dubbed "next-level engagement" – not only are fans listening to your music, they like it so much they're uploading your songs in videos of their own. And we've all borne witness to the power of videos going viral, so if you're not already putting your tunes on the 'Tube, you should be now. YouTube is a place for both fan growth and monetization, so make sure you're taking advantage of both.

As musicians in the digital era, with all the complexities, you deserve to know exactly what you're getting into when you put your blood, sweat, and tears (and time and money!) into the plethora of services available. By this time next year, perhaps the tides will have completely turned – maybe a brand new streaming service will topple the rest – so what's important is that you pay attention to how the industry changes, and adapt accordingly.