Music Royalties 101: What They Are and How to Collect 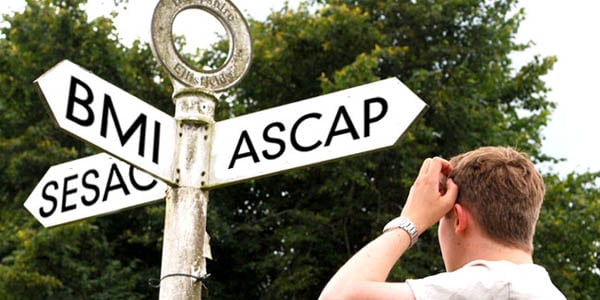 Being a musician is not as simple as writing a song, recording an album, selling it, and earning money from your sales. As an independent musician trying to make a living with your music, it’s vital that you understand what kinds of royalty streams are out there.

The first thing to understand is that, in the most general sense, there are two “sides” to every piece of music: the master and its publishing rights. The master is the sound recording you hear on MP3s, vinyl, CDs, YouTube videos, etc. The publishing side pertains to the underlying musical composition – notes, melodies, chords, rhythms, lyrics, etc. – within a piece of music.

Various usages of each “side” of a piece of music generate their own royalties. If you write your own song, record it, and release it to the public, you will then earn both master- and publishing-related royalties.

There are so many different ways in which music is used these days, and new royalty streams are created as the music industry and technology continue to evolve. In 1950, no one could ever imagine that 60 years later, people would go onto a computer, search for a song, click a button, and listen to music for free.

Even though the general population can listen to "free" music, every time you play a Spotify track or YouTube video, you’re still generating a royalty for that music’s master and publishing rights owners. There’s a complex royalty system going on behind it all. Here are all the different master- and publishing-generated royalties that exist out there.

What are they?
A recording royalty is the most basic royalty artists and labels get every time their master recording is downloaded (on iTunes, Beatport, etc.) or streamed (on Spotify, Rhapsody, etc.).

How do I know if I’m earning them?
You’re definitely earning recording royalties if your music is selling or streaming on any basic retailer platform – iTunes, Spotify, Amazon, Google Play, Rhapsody, Beatport, etc.

How can I collect them?
An artist collects sales and recording royalties from the artist’s distributor or label. If you’re on a label, always stick with the label – never go directly to the distributor. This is basic etiquette that is usually laid out in distributor-label contracts.

Symphonic Distribution has tailored distribution solutions for both independent artists and record labels. Find out more about how they can help you collect your recording royalties.

What are they?
YouTube is the world’s largest and most oft-used platform for listening to music. As I mentioned before, master rights holders (labels or performing artists) earn royalties every time their recording is streamed within a YouTube video – if your video has an advertisement attached to it. YouTube earns its revenue from its advertising partners, then shares it with musicians and music rights owners who help the site generate billions of views.

YouTube collects royalties using incredible technology called Content ID, which creates an audio fingerprint of your recording, ingests that into YouTube’s massive database, and tracks every single time someone uploads and streams your recording on YouTube. That means that whenever someone you don’t know uploads a video with your song to YouTube without getting your permission, YouTube tracks that, throws an advertisement on the video, and monetizes it on your behalf.

Who collects them?
YouTube allocates the royalties to master rights holders.

How do I know if I’m earning them?
If you’re a master rights holder (i.e. a label or performing artist on a recording), and your recordings are on YouTube – whether on your own channel, your label channel, or anyone else’s channel – you have the ability to earn YouTube royalties via Content ID. The more views, the more revenue you generate.

How can I collect them?
You can go to YouTube directly to get these royalties, but there is a massively long waiting list, and most applications go unanswered. There are companies out there that collect YouTube recording royalties.

How do I know if I’m earning them?
If you’re a sound recording owner (record label or performing artist) and your master recordings are publicly performed or broadcast on the following media, you – and the artists performing on those recordings – are earning neighboring rights royalties!

You’re earning neighboring rights royalties if your music is being played on:

How can I collect them?
If you’re a performing artist and know your recordings are getting radio airplay, talk to your record label that released your music. See if the label is already collecting these royalties for you – or if they themselves need to get on board with this to collect these royalties!

What are they?
Performance royalties are earned when a song is broadcast or performed publicly in some way.

Who collects them?
Performing rights organizations (PROs). Each major world territory has a PRO.

Performance royalties are definitely a special royalty type. Just because you’re distributing your music with a digital distributor like Symphonic doesn’t necessarily mean you’re earning performance royalties. But you can increase your chances of earning them in many different ways.

How can I collect them?
In order to collect the maximum performance royalties you deserve from the PROs, you need to affiliate yourself as a writer and register your compositions with every single PRO in the territories in which you’re generating performance royalties. This can easily be accomplished through Symphonic Distribution.

What are they?
Mechanical royalties are earned per-unit when a song is sold on a “mechanically reproduced” physical medium (i.e. vinyl or physical CDs). Nowadays, this includes digital downloads and internet streaming as well. “Mechanical” can sound confusing in the digital age. The word “mechanical” stems from the early days of the music industry when compositions were physically, or mechanically, manufactured and reproduced onto physical products for public consumption.

How do I know if I’m earning them?
You’re earning mechanical royalties when your song is:


If you are distributing your music to stores and streaming platforms worldwide using a digital music distributor like Symphonic Distribution, and if you are seeing sales and streams result, then you are definitely earning mechanical royalties.

Print royalties are earned when a composition is transcribed onto sheet paper, printed in songbooks, and published for the general population to purchase and play your music at home on their personal instruments for fun. Print royalties are really only applicable to a songwriter if he or she has a Top 40 radio hit – think pre-teens taking piano lessons and buying Taylor Swift sheet music online, or purchasing a Guns N’ Roses hit on sheet music to sight-read on your guitar.

As you can see, the royalty landscape in the music industry is rich with possibility. You just have to know where to go.

Kaitlyn Raterman is the managing director of licensing & publishing at Symphonic Distribution.