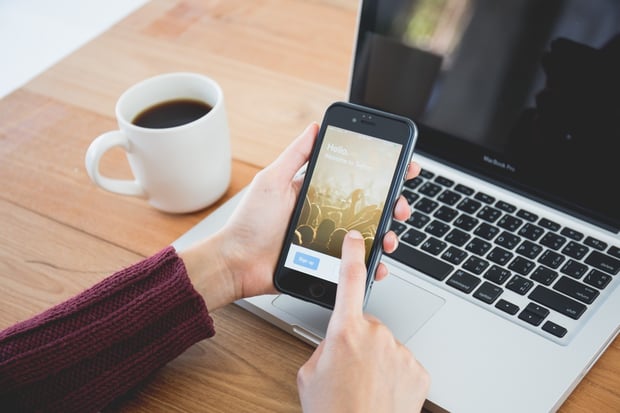 Everybody must be aware by now that Twitter is incredibly important for keeping in touch with fans, making sure they know what you have coming up, and for creating relationships with those who like your music. Twitter might seem inconsequential, but it has the power to create real friendships and a true bond between two people, and that's a very powerful thing. People might love you for your music, but that doesn't mean that you shouldn't still focus at least some of your energy on social media – especially Twitter.

Many of you are likely already on the platform, and that’s great, but be sure you’re not making some common mistakes. If you are, don’t worry – it happens to everybody... but now's a good time to start changing any behavior that's not helping you out.

You don't see this problem too often, but it’s extremely annoying when you do. These are the accounts where so many of their tweets are just a generic "thank you" to somebody who's just followed them. While it might be nice to say thanks when someone does something nice for you (such as increasing your total follower count), this step is totally unnecessary. You aren’t going to get many new followers if all they see in your feed is "thanks for the follow," and even though you took the time to write it, many will see it is disingenuous.

Twitter was created as a platform for firing off your thoughts without much thought or planning, but if you want to do it right, you might need to start talking a little bit less. It’s good to continually be present and active, but if you tweet too much, people get tired of you, and they may decide that they no longer want your messages in their feed.

Think about Twitter like being in a group of people. Everybody should have a chance to say something or voice an opinion. Nobody likes that one person who just won’t shut up, even if a lot of what they say is interesting or funny.

Also, remember that even though it is only 140 characters, this is a piece of content that you created, and it has value. If you put even a little bit of thought and effort into your message, let it have at least a few hours in the sun! Unless you’re doing a special spree or some kind of Q&A session, try to tweet a maximum of 10 times per day.

On the other side of the argument are those who don’t tweet enough, which can be just as bad as doing it too much. If you’re not saying anything, you’re missing out on introducing yourself to a huge segment of people. These days, creating great music is really only part of the battle, and the other part is making sure that people see your name often enough; social media is probably the easiest way of doing that.

If people have gone out of their way to follow you on Twitter, they obviously want to get to know you better and hear what you have to say. Even if this isn’t really your cup of tea, don’t make them regret it! Many people are very aware of their following-to-followers ratio, and if you’re not contributing, you might get cut.

4. Only talking about yourself

Nobody likes a person who only talks about him- or herself, so why would that be any different on social media? Twitter's a great place to share your thoughts, feelings, and what's happening in your life and career, but it shouldn’t all be about just you. Use this space to mention friends of yours in the music space that you like, articles you find interesting, or causes that you want others to be a part of as well. It's certainly all right if everything you share relates to you in some way, and it should be a reflection of who you are as a person, but don’t just specifically only talk about just you. You’re not that interesting to everybody, I promise.

This might seem silly, but I've seen a lot of artists (and not just really big ones, either) who don’t actually engage with their fans, which is kind of the point of social media. If people are speaking to you, talk back! Now, you don’t need to respond to everyone – and in fact I’d suggest that you don’t. Make an effort to reply to those who said something meaningful or interesting, or those who asked a real question. These can be mutually beneficial conversations, and more often than not, people will remember that you replied. Everybody likes seeing that notification sign when they sign on, so make it happen for them!