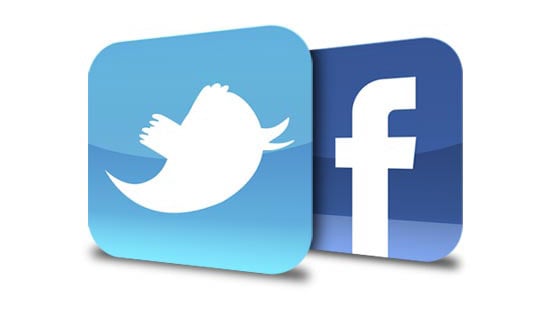 We've all seen it: Twitter feeds with incomplete sentences that turn into "on.fb" links, Facebook pages with nothing but tweets that are smothered in hashtags and Twitter handles we can't click. Yes, it's nice and convenient to be able to share the same post on both platforms, but is it always smart? Will it really make the most of each platform and help you reach your following to its full potential? These are questions you should ask yourself when posting the same content on Facebook and Twitter. We see artists doing this all the time, so below, we've weighed the pros and cons for you to help you decide on an approach that works best for you.

This is good for tour announcements and big updates, such as news about your upcoming releases. When a piece of content is important for name repetition and brand awareness, you need to utilize both platforms in order to get your call-to-action across to fans.

We understand that managing social media and creating new content is time-consuming work. You're an independent musician – it's hard doing it all. Reposting the same content on Facebook and Twitter frees up the time you would've spent coming up with ideas for different posts. If you come up with a strong Facebook photo post about your band's new practice space, you can simply share it on both platforms and get back to practice. It's simpler and saves time.

This goes back to brand repetition. Consistency is key in social media, and when your social media platforms match, your message is clear.

Twitter is a post-often platform with tons of replying, favoriting, and retweeting. Facebook, on the other hand, is a more of a "post-every-once-in-awhile” platform. And engagement is through comments and liking. Engagement is the most crucial element of social media. If your Twitter fans can't reply to your Facebook-created tweet because they have to be redirected to your Facebook in order to see the full post, you're not giving them the opportunity to use Twitter to engage. They have to go to Facebook to engage. This isn't bad, but then what's the point of having a Twitter? They're different platforms, and the differences in engagement are important to note.

Cross-posting comes off as lazy

So, to help you determine your approach, here's a summary of when you generally should and you shouldn't cross-post on Facebook and Twitter.

You should cross-post if…

You shouldn't cross-post if…