Musicians: 7 Best Practices for Instagram Hashtags You Need to Know 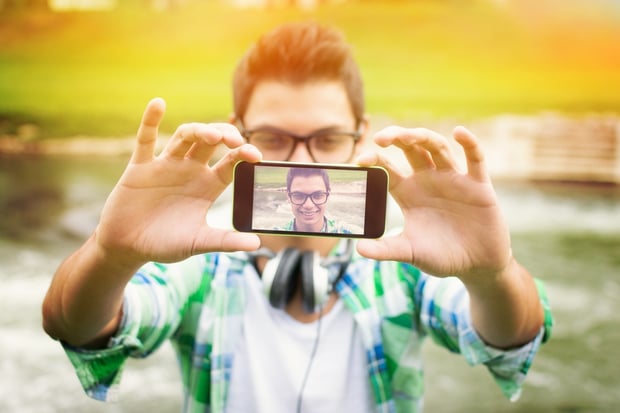 Hashtags are much more relevant on Instagram than other social media sites like Facebook, so if you’re actively using Instagram to connect with your fans, it really pays to understand the best practices and hone your hashtag strategy.

Unlike most other social platforms where hashtags serve as a sort of conversation method, Instagram users regularly use hashtags to find new people to follow and images to like. Instagram’s Explore page also bases its results on the hashtags you use and engage with most often. In short, hashtags on Instagram equal discovery.

So, to help you power-drive your growth on Instagram, I’ve rounded up a few hashtag best practices.

You’re allowed 30 hashtags per post (that means caption and comments combined), but just because you can use 30, doesn’t mean you should. Filling up your hashtag quota with irrelevant hashtags won’t help you in the long run. In fact, it may end up hurting you.

For example, using the tag #foofighters just because you know a lot of people search for it is a bad idea. Even if people searching this tag discover your account, they'll be disappointed when they find out you’re not the Foo Fighters or doing anything related to them. It just comes across as spammy and hurts your reputation. (Now, if you were posting a video clip from your Foo Fighters cover, this hashtag would be perfect. It’s all about being relevant.)

If you can come up with 30 totally relevant hashtags, then go for it. But for the most part, this won’t be the case. Instead, ask yourself, “What would my ideal fan be searching?” Sure, the tag #music may fit, but it will also bring in people who like other genres of music.

[How to Identify and Attract Your Perfect Fan]

For the most part, the people who respond to tags like these are just in it to increase their like and follower count; they don’t really care about you or your music. And in the end, if your followers aren’t interested and engaged, your follower count is just a vanity number that won’t get you anywhere.

Adding even just a few hashtags to your image caption can look a little spammy, and if you have more than 10, it can get downright annoying for fans. People are there to engage with your content, and these hashtags can make things look fake and overly promotional.

Instead, add your hashtags to a comment below your post so it doesn’t take away from your caption and photo. They function exactly like hashtags in the caption of your photo, but once you get a few fans commenting on your photo, the hashtags won’t even be visible anymore.

Instagram’s Explore page is going to be your best friend when it comes to discovering effective hashtags. The first method is to use the search bar to find some potential hashtags. Not only will this tell you how popular certain hashtags are, but it will also give you some suggestions for related hashtags.

So, for example, if you play post-rock music, you could start by typing #postrock into the search bar. From there, you’ll get suggestions like #postrockmusic and #postrockband. You might also try #ambient, #ambientmusic, #ambientnotes, or #ambienttones. As you find new hashtags, click through and see what kinds of posts are tagged. If they look similar to what you’re posting, it may be a good fit. If the posts are all over the place, you may want to get more specific.

[25 Ways to Get More Fans for Your Band Using Instagram]

5. Learn from other artists

The next method is to look at the hashtag sets that other similar artists use to get some ideas. Target other bands and musicians who play a similar style to you and scroll through their posts. Just like before, if you see a promising hashtag, click through and see what kind of posts are tagged to it.

Keep in mind, though, that you probably shouldn’t just downright copy the hashtags from other artists. All their hashtags may not be as relevant to you and your music, and you may end up with a specific hashtag they created for their band in your posts  – not a good look for you. Learn from them, don’t copy.

6. Use hashtags to connect

For the most part, hashtags are used as an inbound way to attract fans, but on Instagram, I’ve found that some of your best followers will actually be other musicians. In fact, these fellow artists may actually lead to more growth on your account than anything else.

The community aspect on Instagram is really strong, and many artists band together to support each other. I’ve seen really awesome examples of artists collaborating and doing random shoutouts, and the people who are constantly liking and commenting on your posts will probably be the musician friends you make on the platform, at least at first.

So take some time to dig through the Explore page and find other artists around your level in a similar genre and start forming connections. Just give them a follow, like their posts, and leave thoughtful comments. You’ll meet some incredible artists this way and unlock awesome opportunities for each other.

You’re not going to just happen on the perfect set of hashtags in one go. Instead, experiment, and use an analytics app to figure out which work best.

Unlike Facebook and Twitter, Instagram doesn’t have analytics built in, but there are a few apps that will allow you to get these kinds of stats. Iconosquare offers a seven-day free trial, after which you’ll pay $28.80 per year for the basic plan. Sprout Social has a 30-day free trial, after which you’ll pay $59 per month to get the data. Simply Measured will send you a free report if your account is under 25,000 followers, and Squarelovin is another great free tool.

If you want to learn about starting and running a successful Instagram account, you can join the Musician Power Tools social media promotion course for just $97. We’ll go step by step through setting up your account and cover strategies to get more followers and engagement. Or, you can download my most popular ebook, Hack the Music Business, for free here.

Next up: 4 Tips to Make Your Band's Instagram More Engaging