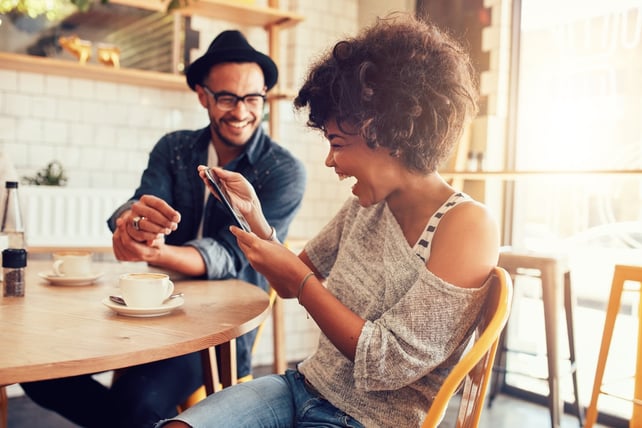 Before becoming a full-time writer, I worked in PR for a short period of time. Though I wasn’t anywhere near the music industry, my months repping people and brands taught me what can be promised by publicists and what can’t. My boss at the time used to always tell potential clients that any company that promises certain coverage is lying and shouldn't be trusted, and he was right.

Some people are confused about this, so I’d like to share what I believe you can (and should) demand from your music PR team, and why.

We kept very close track of the effort we exerted when I worked at the PR firm, because at the end of the day (or the moment, really), it’s the one thing that shows how hard you've been working. As an artist, if you don’t ask for some kind of periodic report on what your publicist has done for your campaign, how are you supposed to know what’s been going on?

Sure, you can trust them and take them at their word, but if you’re going to make a living as a musician, you need to put your business hat on and be smart. Wanting to know what you’ve been spending your money on (aka their time and effort) isn’t rude; it’s just responsible on your end. What this update actually looks like varies from firm to firm, so if there’s something in particular you want to know, make sure to tell your team before they begin working.

When I was pitching media, we would make a note of every outlet we reached out to, how, when, and what they said. The majority of the time, this was simply noting that we’d emailed a writer that never responded, but at least we had done something! By the end of every month, we were able to show our clients how many people we’d emailed, called, or sent packages to, and even if someone wasn't interested, we’d be able to explain why, and that we had tried.

Keep in mind that writing down these notes takes time, so the more detailed reports you ask for, the less your PR team can actually pitch on your project. We had some clients that demanded we not use any abbreviations, or that we send them these reports every few days, as opposed to once a month. That ate up a lot of time, and because of it, we weren’t as successful with many of those campaigns. I’d suggest not being too demanding, but do insist on being in the loop.

2. Answer your emails and calls

I've heard horror stories of artists hiring smaller PR firms, and once the contracts were signed and the checks delivered, the musician rarely, if ever, actually heard from the publicist. This isn’t to say they weren’t doing anything, or that they had simply taken the money and ran, but rather that they felt the client wasn’t important enough to warrant responses to phone calls or emails.

It’s important to remember that these are people you have hired, and that you are paying them. You should be patient and let them do what you’ve brought them on to do, but that doesn’t mean they shouldn’t be able to get back to you in a timely manner. Don’t be that client who calls every day looking for a status update, or the one who sends hundreds of emails (that’s their job, after all), but also don’t stand for radio silence.

Some PR people are only in it for the one campaign, and they aren’t necessarily interested in seeing your career grow or seeing you succeed beyond the few months when they’re working with you. That’s a shame, but some companies need to keep their turnaround up and their client list stacked, and they can’t be too invested with every band and singer-songwriter that pays them a couple thousand dollars. They're willing to do whatever you want and pitch whatever outlet or writer, no matter what. Be wary of these people, though, because they aren’t necessarily keeping your best interests in mind.

A great, high-quality publicist will talk to you about why it’s a good or bad idea to reach out to larger publications, to push a release, and so on. The best ones will give you smart advice, the kind that only comes with having worked in this industry for years, and they will do so regardless of whether it’s what you want to hear.

For example, if you’re a brand new act promoting an EP, Rolling Stone might not be a fit, and a good publicist will let you know not to expect much from that tier of media. But someone who isn’t willing to invest in you will simply tell you that they’ll pitch, or how they’ve gotten placements there before, raising your hopes only to dash them when nothing comes of it. Part of what publicists do is manage the expectations of their clients, while still reaching for greatness.

Get more tips on working with publicists: