The 5 People You Meet on Tour 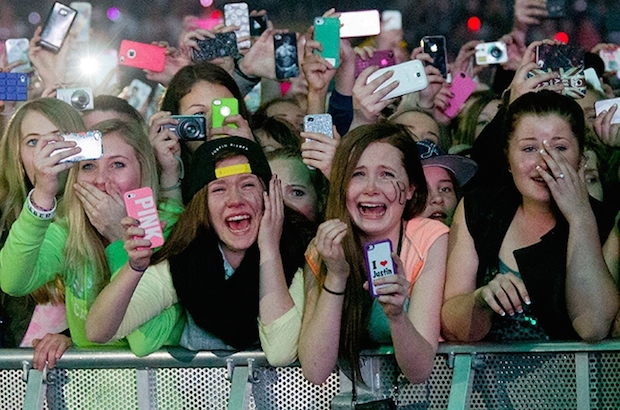 A version of this article originally appeared on the CreativeLive blog.

It really isn't that small of a world. You can drive across America for weeks and weeks with new scenery every night. But no matter what direction you head, or what kind of music you play, you can almost always expect to run into these five types of people.

So far, the crowds have been small and you're barely selling any merch. But then, a thousand miles into the tour, they show up. They stand right in front the whole set, singing along to every song. When you're done, they walk over wide-eyed to buy whatever you're selling. They rave about the old demo you don't even have a copy of and ask for your autograph. You feel a little creeped out and kind of annoyed until they leave, and then you miss them immediately.

You're away from your job and family, so it's understandable you want to party a little extra. That idea, though, is put to the test when you meet someone who looks as if he or she bleeds Jack Daniels. It starts out fun and lighthearted, and every time you try to slow down you're reminded that you're on tour and responsibility has been thrown out the window. But soon, you realize this is someone who parties on a whole different plane. This is a flat-out partying virtuoso, and by the time he or she goes looking for you with a fresh beer, you're hiding under the loft in the van.

3. The king or queen of the castle

A couple offers to let you stay at their place after the show and you're expecting the usual: a cramped floor sprinkled with chip crumbs and damp hair. But then you drive up to a mansion. They have beds for you. They have a top-of-the-line washer and dryer. They have a pool! You're clueless how these people live here, but you don't care. After days of subsisting on Pabst and gas station jerky, you get a reprieve… until the neighbors complain about your drummer doing cannonballs all night.

When you get to the club, it's closed. You call the contact number but repeatedly get voicemail. You wait until the bartender shows up and says you can play any time – the rest of the bands canceled. You don't see flyers and the stage is the size of a pool table. When you finally get the promoter on the phone, he says he can't make it tonight ("something came up"), but good luck. After hours of drinking and debating whether or not to play to an empty bar, you're told that everyone, including the promoter and the other bands, went to the better show across town.

You may see them more than once a tour, and each time is different. Sometimes they save your life, other times they take all your money. Most importantly, when they're off rooting around the inside of your old, smelly, beat-up van, you forget why the hell you're so far from home, playing music for a bunch of indifferent strangers. Then the mechanic hands back your keys and you remember.

Have you run into any of these people while on the road? Share your stories with us in the comments below!