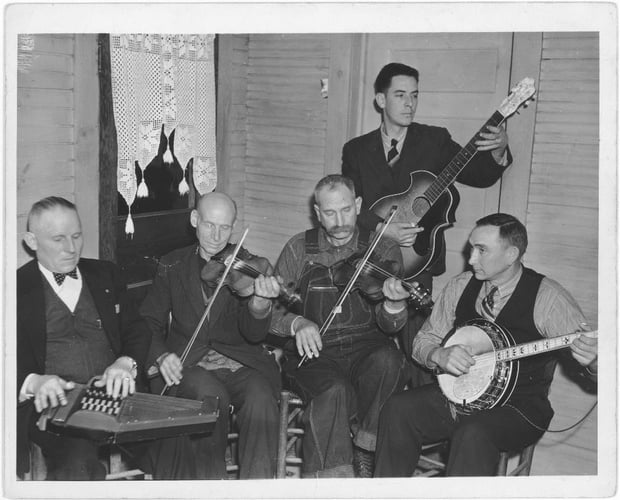 Writing and recording music can be time consuming. Most of the time, it’s also very expensive. Regardless of how you record and produce your material, you wind up taking home essentially the same thing – a finished song in a song-file format. But after you’ve gone and paid for your masters, what should you be doing with the material you’ve recorded?

The answer, if you want to make the most of the effort you have put into getting this far, is to get ready for a wild ride. That’s because every recording you make is really like a vehicle. It should always be designed with the intent of letting people hear the best you are capable of. You’ll want to see that you get the most mileage you can out of each song to get the true return on all the hard work and time you put into making the recordings. To do this, you must understand the full life cycle of a recording.

It's better to think of finishing the recording’s mastering as the conception of the music, as opposed to its completion. Having the actual music is one of the first steps in beginning the life cycle of your recording, but it won’t be the last. Now that you have the music, it's time to listen to it all and make a very important decision: How are you going to put the music together for other people to listen to it? Whether it’s an album, EP, single, or just one song streaming online, you need to make that choice.

This is also the time to make contact with anyone who will be working with you in the promotion or marketing of your material, or for packaging and promotional items. Additionally, you need to decide which song would be a contender a music video or for any sort of special promotion. Because music videos take a while, as does any marketing collateral, it's important to make decisions about this now. If you plan things right, you can coordinate all your output to be released at once.

[The Definitive Album Release Checklist: 18 Things You Have to Do Before You Even Start Promoting]

A song’s release should be symbolic as well as effective; you want the world to know that this is your song, and this is how it sounds. Assuming you’ve gotten all your marketing and online promotional power together and synchronized your music video and marketing release, your fans should be extremely excited to hear your material. It's important to put the best song in a prominent spot when set your material up online, so that when you send people links, they hear a song that grabs them immediately.

Now that your songs are into the wild, it's important to get them heard. Contacting local radio, college radio, podcasts, and blogs is a great way to get your song heard. Make sure to be persistent. Following up with your contacts is crucial. If you need help finding the right places to send your songs, search online for similar bands or performers and see who they're promoting their music to.

After some time, it's natural that interest in the songs will wane. That’s okay. How quickly will show you a fairly accurate gauge for the power of your song and your marketing efforts. About a month or so after that initial release, since general interest has leveled off (as gauged by streams and sales and actual promotion), is usually a good time to reintroduce songs. Find some new contacts to connect with that might play your song or write about you. Releasing another video for another song is also another great way to breathe new life into a release that has existed for some time.

[How to Stretch Out Your Song's Lifespan on YouTube]

If you’ve been marketing your music as effectively as you can, and your music is great, then your songs should be close to sold out on a physical format. This is a great thing because that means it’s time to re-release your songs. Sometimes it's best to have the song reprinted in the format in which it was released. Other times, it might be advantageous to re-release the songs in a different format. This can sometimes increase collectability or just give you another chance to group your songs in a different way. Whichever path you choose, through re-releasing your songs, you can create another opportunity to promote and market your song.

International releases are similar but are even more powerful when done correctly. By distributing your materials internationally, you get the chance to build an even larger following, and let even more people hear your songs. Contact international labels, share with them your success in America, and if they like your music, they'll probably take you on for a re-release.

Getting your songs into movies and TV can be a great way to gain exposure and make extra money. This, once again, breathes life into your song, allowing it to be heard by an entirely new audience that might not even be aware you exist, or even be music fans! It's powerful stuff, but getting your song selected can be difficult (and random). To be ready, make sure to register your music with a music PRO like ASCAP or BMI.

When some time has passed after the song's initial release, usually a year or two after all the hoopla has died down and you’re ready to release your next set of songs, consider re-marketing your material. This is a good way to build up interest before a new release and also to sell off any back stock of your release. A music video or any radio promotion is a good way to remind people of how awesome your song is.