The One Thing Most Musicians Don't Understand About Getting Press 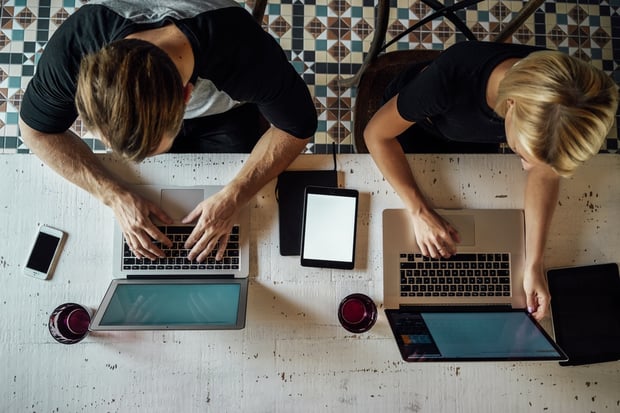 Press is full of variables. There are tons of moving parts in a press campaign beyond, "Here's a band. Check it out. Cover it in your outlet." The variables range from exclusivity with certain outlets, to building a sustainable press kit, to creating a viable angle, to the publicist's relationship with a media outlet, its editors, and its writers. But there's one critical thing that most developing musicians don't understand when it comes to securing press coverage.

What is that thing? I'm so glad you asked...

But first, let me say that a musician not understanding this key element of press isn't an insult. In fact, it's not an artist's job to understand the intricacies and the delicate ins and outs that comprise the machine that is press and publicity. It's the artist's job to make music, tour, and do press interviews. It's up to the publicist to get the writers and editors to "press play," as my friend and mentor Jamie Roberts so astutely explains, and to give you a shot. You can bet your butt that getting someone to "press play" involves tactics and strategy. It's not a simple "A + B = C" request.

With all that said and out in the open, the one thing to understand about press is this: it doesn't work on your watch.

Look, I know you want that write-up when you want it. Great. But the editors with multiple deadlines, tastemaking reputations, and other publicists buzzing in their ears about other bands and other music aren't super concerned with what you want, hope, or need at this stage of the game. They just aren't.

Sure, editorial outlets want to support new acts. They love to be the first one to champion an act before everyone else does. They relish being the publication that helped give liftoff to a career with a press hit. Those editors can and will work to accommodate you if there's a time sensitivity, like a content premiere or a tour announcement.

But for the most part, you're on their clock. They make the rules. If you're a new, developing band and you want some editorial love to get in front of their readers' eyeballs, then you must realize they make the rules and you have to accept what the outlet has to offer. They're giving you a platform and exposure, so you have to be flexible.

Even so, publicists are there to massage the situation, get you in there, get the writer to listen and respond, and turn the conversation into a commitment. They'll use their relationship with the outlet to work it, but it might not be on the exact timeline you desire.

Once you accept that fact, and recognize that any and all press hits at this point in your career are a victory, you can relax and enjoy the coverage. This will be the basis on which your press relationships are built, and you'll eventually be able to execute coverage and content in the future on your watch.

Just remember that there are a ton of variables that go into this. I have one band that I spent an entire year asking media to cover. Every following press hit came because I made the outreach pitch. This summer, major media outlets like MTV News have been coming to me, saying they've heard about the band and want to cover them. It took a lot of work to get to this point. It didn't work on my watch; it worked on theirs. Now it's working on both of ours.