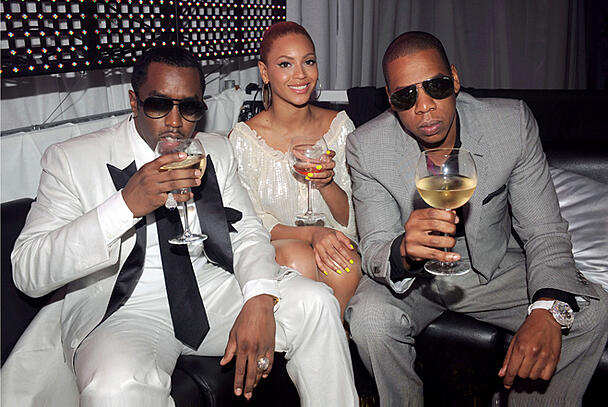 Want your songs to start making money? Here's what you need to do. (image source)

For most young bands on the early road trip to superstardom, the question of how to develop their music publishing business ranks well below “what is that funny grinding sound the van keeps making?” and “can we make it to Subway after the show?” Which is fair enough, given that few young bands understand how music publishing works, or what it can do.

Publishing is the invisible man of the music business, quietly working behind the scenes while the show goes on elsewhere. But if you’re lucky, the invisible man shows up twice a year with some money you didn’t even know you earned, which makes him someone worth getting to know better.

Music publishing is a valuable source of income primarily because making money is its only real function. Unlike the live performance business (“this gig doesn’t really pay, but it will be great exposure”) or the recording business (“ I know sales are weak, but we’re getting a lot of love at the blogs”), it does not suffer from mixed motives – music publishing is only intended to do one thing, and that is to turn your music into money. Songwriting is an art. Music publishing is a business. It is the business of turning your songwriting into income.

Write your own songs? You’re already a music publisher

If you create your own material, then music publishing is already a part of your business, even if you don’t know it yet.

If you’re an artist or part of a band that creates your own material, then music publishing is already a part of your business, even if you don’t know it yet. As soon as you create a song, you are not only the creator of that song, but also the publisher of it, which means you control and own the copyright. For songwriters, it’s not a case of how to find a music publisher or how to become one. You are one. It’s always a question of how to become a better music publisher.

There are a number of ways to improve your music publishing prowess, and being the self-serving music business weasel that I am, I’d have to suggest reading my book, Making Music Make Money, or checking out my online class, Music Publishing 101 at berkleemusic.com, as two good starting points. But you could also start by just doing it – grabbing the proverbial bull by the horns and seeing where it drags you.

So in the interest of on-the-job learning, let’s start with the first two crucial steps that will get you into business:

1. Know what you have

Sure, you have songs. But how much do you know about them? If you wrote them together as a band, does each of you own an equal share? Have you discussed it? And if you collaborated with someone outside of the band—let’s say a producer or additional musician—should that person own a share of the song? If so, do you know who publishes them, or how to reach them, should there be an opportunity for the song? Is there any other party (a manager, the studio who donated the time to record the song, a girlfriend who threw in the key lyrical line) who might have a claim to ownership in the song? The first job of a publisher is to know the catalog – what songs you have and how much you control.

2. Have what you need

A song that is nothing more than lyrics scribbled on the back of an empty pizza box and a chord progression neatly stored in the back of your brain, which can be shared only if someone happens to drop by your apartment, is not particularly useful on a music publishing level.

First of all, you’ll need a recording. But while you’re at it, make an instrumental mix as well (that lyric about the fallen angels of Satan may be a bit off-putting for a television show, but the music could work just fine) and an a cappella or piano/vocal (what if Avicii loves the melody and vocal and wants to remix it for his next set at Ultra Music Festival?). You should also have a lyric sheet on hand. Your audience may not listen to the lyrics, but you can bet that advertisers will.

Beyond that, make sure you have what you need to take advantage of all the opportunities for the song. If you’re a rock act, but you think the song could also go country, then you need a demo recording that shows it. If you think your song belongs in a TV show, then your rough recording of a live version with the crowd noise in the background isn’t going to be enough. You need a broadcast-ready WAV file that sounds like it belongs on the air.

I know it doesn’t sound like giant steps for mankind. But trust me, these two elements are the day-to-day bane of most music publishers’ existence. Millions of dollars are lost every year because people don’t know or can’t agree on what they and their co-writers own. Hundreds of potential uses of music slip away because no one can find an instrumental track fast enough for that music supervisor who needs it in an hour, or because no one was willing to invest the time and money to make a demo that could actually sell the song.

The first law of life is that nothing simple is simple. So start with the easy stuff, and if you get it right, you’ll already be ahead of most of the competition.

Stay tuned for part two, in which we’ll break down the next steps of getting your music publishing business off the ground.