Are You an Independent Musician by Choice or Out of Necessity? 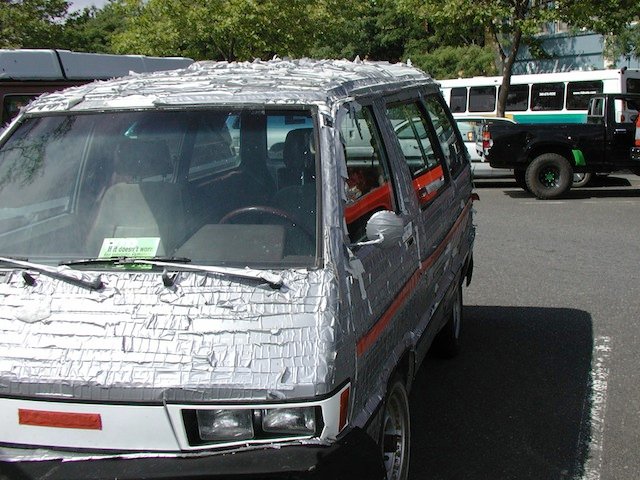 It's a very exciting time to be a musician. The music industry model that has existed since the beginning of recorded music is in the process of being turned on its head, and the whole business is in a state of flux. There's a lot of uncertainty as to what the music industry of the future will look like, and that uncertainty has left a lot of room for creativity and innovation.

The most evident and visible change is the rise of the independent musician, the DIY artist that runs a small business and exists within a rising musical middle class. The power of the internet and other technology has allowed independent artists to not only distribute their music worldwide with a single click, but also educate themselves on everything from marketing and business to home recording. These days, you'll frequently run into bands that fundraise thousands of dollars, self-record an album, book a tour, and run all of the promo, marketing, and physical distribution from the road with a laptop.

Transitions in any large structure, however, happen slowly, and very gradually. Though one can exist within a musical middle class and make a living without the help of a big record deal, the record label is still a very powerful institution. Even smaller independent labels have wider influence, stronger financial backing, and larger teams than many artists are capable of assembling on their own, at least for a long period of time. The drawback, among other things, is that they'll expect a cut.

Like most things in life, there are pros and cons to both paths. Many artists are making their livings independently and wouldn't change a thing about it. Others have the opinion that the right label deal is still worth the cost and are only planning on being independent until they receive the right offer.

What's the deal with a record deal?

While signing onto a record label's roster makes many steps up the music-career ladder much easier to climb, it doesn't mean that you get to sit back and watch yourself get famous.

With an all-inclusive major label contract, the label will essentially provide you with a team of folks that will distribute and promote your music through their various contacts, book your concerts and other public promotional appearances, manage your day-to-day business operations, and advise your writing and recording to make it as salable as possible. At smaller, independent labels, you'll get most of these things as well, just on a smaller scale. You'll also receive an advance of funds to be used to make your next album(s), which will be paid back directly to the label from the sale of those albums. You, as the artist, will then be working extremely hard to tour and participate in promotional events set up by your team and to make and record new music under contract and strict deadlines.

Essentially, you have a group of folks dumping money into the media to promote and sell your music, and a big, experienced group of people to help you run your business. Not bad!

The label will, however, be taking any profit made and use it to pay off the advance, pay the team that help run your music, and then take an additional cut specified in your contract. Not all percentage deals are very friendly to the artist, either. It's fairly common to end up popular and broke simultaneously!

Labels want to see that you're a good investment; that not only do people buy your music, but also engage with your brand.

The long road to Contractville

The process of actually getting signed to a label is much different than it used to be as well! It's very rare that you'll be able to send in a CD and score a deal or that you'll happen to meet an A&R representative at your next concert that's so blown away by your set that he or she wants to sign you on the spot.

Money is tighter in the industry than it was in the past, and the competition is fiercer than ever. Many labels not only want to see that you can write hits; they want to see that you are capable of really hustling and pushing your product as an artist without their help before they will give you access to their resources.

That means you have to be able to develop a brand, a following, and all of your marketing stuff on your own, at least at first. This will take a lot of time and money to get moving, as you essentially have to start the business and put it in a good place for them to take over. They want to see that you're a good investment; that not only do people buy your music, but also engage with your brand.

"There is a balance between what's attainable at the point in one's career, and what is realistic. You may have all the talent in the world, but if you don’t have the finances or access to an amazing team, it can be difficult to build the high-scale interest many labels feel necessary to see prior to signing."

The key thing to note is that all artists, with the exception of a few mainstream pop acts with big major label deals, begin their careers as independent artists, and have to take the DIY approach early on whether they want to or not.

"No major, once-in-a-lifetime deals are coming our way right now because we're still a new band building a following," says Mateo Vosganian, drummer of the New York-based rock trio Wild Adriatic. Their band, while on the road to a record contract, is content to bide their time and stick with the DIY approach until the time is right.

"For us, we're all about the long game," he says. "We'd like to have something to bring to the table to a serious label like ATO Records before we go knocking on their door asking for their consideration."

DIY doesn't mean do it alone

There are booking agents, managers, publicists, and concert promoters that could spend their whole workday on a single artist and still not quite finish all the work that there is to be done. Naturally, if you're a solo artist who's attempting to do all of these tasks on your own while simultaneously making, rehearsing, recording, and coordinating your music, you're in for some grey hair pretty quickly. Getting a band off the ground is, as we have already discussed, a ton of work! If you're in a band full of hard, dedicated, passionate workers, the labor can be distributed among the members, thus making things marginally easier. It's still, however, going to be a tough balance between the business and musical aspect of your career, especially if you're still at the point where everybody needs to maintain their day jobs.

These days, you don't need a label to establish the kind of team that you'd be given with a contract. There are tons of independent management and publicity firms out there that will work with unsigned bands given that they're in a place in their career where their brand is a worthy time investment. This is part of the beauty of being an independent band: you have complete control over the people in your team, and can hire help based on your individual needs. Does your band have no problem managing itself and just needs help in terms of booking and publicity? Then that's great – you can save the money on a manager and just worry about selling yourselves to booking agents and saving money to hire publicists.

Having to choose who works on your team can also be a disadvantage in some cases. "I feel like we have been offered the chance to work with people, but they end up untrustworthy or just not experienced enough," says Michael Trew, who fronts the Seattle-based progressive rock quintet Autumn Electric.

Though you'll have the chance to hand-pick your team, it's true that the support folk that work at a label are generally guaranteed to have a lot of experience and good reputation, a strong contact base, and are capable of delivering results. Why else would the record company hire them? When you hire somebody as an independent entity, you run the risk of mistakenly hiring people who sells themselves well, but don't deliver the same kind of results that they promise. The result is not only wasted time but also a lot of wasted money.

Just because you're DYI doesn't mean you have to shoulder the entire burden yourself. If you're an independent band that's doing well and looking to take the next step in your career, consider making your focus on selling yourself to potential managers, and saving up to pay for a publicist for your next tour or release. Oftentimes, even if you're looking to get signed, you'll have to go through this process regardless just to generate the kind of interest that a label would want to see prior to signing. The key thing to remember is to do your research. If somebody is promising you something, look into their career and the bands they’ve worked with in the past. Talk to the bands that they've worked with in the past. Make sure you're extremely clear as to what they're offering to do for you, and make extra sure that they'll actually deliver. If done well, the results of running your own band with a handpicked support team can be huge.

"There are definitely a lot of perks to making all of your own decisions," says Trew. "When it comes down to it, there is just too much work for the band to do by itself."

Even if you want the support behind a label contract, you're likely going to have to spend a lot of time and energy going the independent route first. As a new band or artist that's still building a brand and a following, I would recommend not even thinking about a contract or trying to sell yourself to labels. Instead, put as much focus, energy, and funding into running the band yourself.

When you start getting interest from various labels down the road, that's the point where you need to evaluate your goals. It's entirely possible that you could set off in the beginning with the intent of pursing a record label, only to realize that you enjoy doing it yourself a lot more!

Take the time to ask yourself: Am I an independent artist by choice or out of necessity? Keep the question in mind, and it'll make your decision much easier if the record companies come calling.

"If [Wild Adriatic] grows in the direction of a great, supportive label... great. If we continue to figure out how to do stuff ourselves, that's cool too," says Vosganian. "I'm not entirely convinced that having a big ol' record label is the only way to do it anymore, but we'll see. We'll keep playing rock 'n' roll no matter what."

Want more tips for your DIY musician life? Check out these articles: