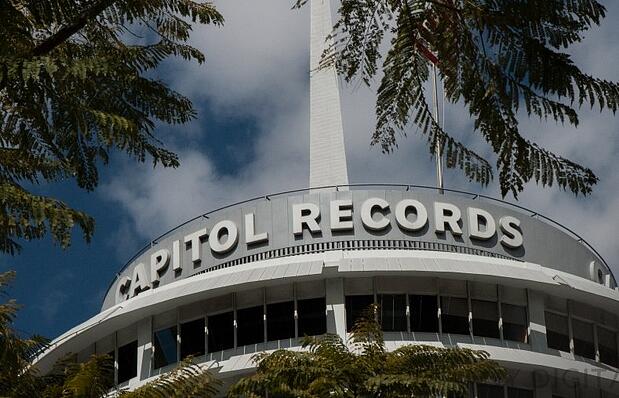 The recording industry has a fascinating and deep history, which has very much molded us as both artists and listeners – whether we know it or not. Put simply, the industry has always had a direct relationship with its output. For instance, when radio was the only way to broadcast music, the labels that had relationships with DJs and stations obviously had the most clout, right?

Moving forward in history, there was the development of "the big four," essentially an oligarchy of the four major record companies that owned and operated the majority of the industry: Sony, Universal, EMI, and Warner. And, as a testament to how fast the industry changes, as of 2011, EMI was sold to both Sony and Warner, which now leaves us with the remaining three major labels. They own hundreds of smaller affiliated labels and offer services that are sometime brushed under the rug, discussed later in this article.

My point is, though, that despite the big three labels operating most of what we hear now, with social media and digital marketing at everyone's fingertips, becoming a DIY artist or true indie artist is much more possible than landing a major label deal. Yet so many folks still dream of getting signed to a big label. Is this unrealistic? Is it necessary? Like most things in our industry, there could be dozens of answers. Nonetheless, here are five quick tidbits you may not know about record labels – from the majors, all the way down to the indies.

1. Many "indie" artists actually have support from labels

I remember when I first started hearing the term "indie," it was often equated to groups like Mumford & Sons, and other folky, acoustic bands. These bands may not have even been indie label-affiliated, but the "indie rock" term stuck with them. In the case of Mumford, the term was correct: Mumford was signed to indie music powerhouse Glassnote Records, which also brought us acts like Childish Gambino and Givers.

A few years ago, the rap duo of Macklemore and Ryan Lewis appeared on the scene and consistently rapped about their humble DIY beginnings and "people power." They also incorporated this sentiment into acceptance speeches and dozens of interviews. What a lot of indie artists and labels don't discuss, however, is just what "indie" means. They may be affiliated with an indie label that operates on their own without the financial help of a major label such as Sony, Warner, or Universal. But that doesn't mean they haven't gotten help.

While Mumford & Sons and their label may have had creative control, marketing resources, and financed their own production, they did have a large developmental and distribution deal from Sony Music. Similarly, while Macklemore may have had creative control and freedom with his work, he had a partnership with ADA (Alternative Distribution Alliance) for marketing and distribution, a company owned and operated by Warner Music.

The industry landscape has changed to the point where it seemingly takes a village to promote and push work.

Does this mean these artists aren't "indie"? No. It's also not a heavily guarded secret. Both Sony's distribution company, as well as Warner's ADA, showcase Mumford and Macklemore as affiliated artists. And if you do some digging, you'll find dozens of other artists who have appeared 100 percent indie/homegrown in the same boat. What this simply means is that the industry landscape has changed to the point where it seemingly takes a village to promote and push work. It may mean production by the indie label, but distribution from a major deal.

It also means that just because someone appears indie, doesn't mean they have support or vice versa. Taylor Swift by default is an indie artist but is distributed by the majors. At the end of the day, it's tough to break into radio or get that iTunes push; therefore, quite often, artists seek help but still operate as an indie label or artist.

2. Getting signed doesn't guarantee your music will be released

I've seen this point also titled "signing to a label is signing away your soul." Hang on, let me put my eyes back in my head from rolling them around the world.

Yes, you need an attorney to comb through your contract with a fine-tooth comb. You also need to be 10,000 percent sure your splits and royalty figures are to your liking. Labels, however, aren't always out to get the artist. Usually, the "signing away your soul" line comes through because, quite often, an act will get signed and their release is pushed back due to other internal issues with other artists or a number of factors.

When coming on board a small indie label, this shouldn't be that much of a setback, but when signing to a major, you're likely just one of dozens of other artists signed that quarter. Therefore, it could very well mean your stuff could be on the back burner for a bit, or on occasion, not used at all. But rest assured, a contract and understanding with your team should settle this. Labels actually are pro-artist, despite popular opinion.

A few other factors can go into "shelving." Most often what happens is your label loses its deal with one of the majors. For instance, you may be signed to a small label that has distribution through a major such as Interscope. If your label loses that deal, or Interscope doesn't revise the contract, your project can easily be put on hiatus. Sometimes, your manager or the A&R rep that founded your project is no longer affiliated with the label, or maybe the label has another project that takes precedence at the time.

It's important to remember that this isn't just something that happens to newly signed artists, either. Similar situations have happened with major artists such as Lupe Fiasco, Metallica, Big Boi, and Amanda Palmer. It's certainly something to look out for, no matter what level you're on.

As stated previously, just as some labels may be "indie" but have deals with majors, a label will sometimes work with artists on different career facets, depending on what they need. The "record deal" is kind of becoming an antiquated term, as it was initially meant solely regarding the recording aspect. These days, however, you may not need a 360 deal, which includes everything from publicity to production. Instead, you may be better off with just a distribution or marketing deal.

You've likely heard of payola (aka pay-to-play) in the early music radio days. Loosely defined, it's when artists or labels pay DJs to spin their records at a higher volume. This is illegal. There are still some legal (and illegal) forms of pay-to-play going on these days, however. In the early 2000s Portland radio station KUFO garnered a deal with Interscope to share some of its artists' tunes, including then-new band Limp Bizkit's single, "Counterfeit." In order to make this legal, the DJ simply had to state that the block of programming had been paid for. While this deal was a very controversial one, similar deals exist today, just a bit more subtly. Getting your music on programming directors' radar is usually done by independent promoters who act as an intermediary between the labels and stations. These promoters typically sponsor events, giveaways, and other major radio campaigns. So, yes, smaller labels can get in on the action, but major labels still typically serve as king.

"Getting a song 'added' to a station’s playlist to get a certain number of plays per week involves a rather byzantine process that brings in various parties, called independent promoters ('indies'). These 'indies' are first paid by the label. It’s important to note that the money the indies receive isn’t necessarily compensation paid directly to them for getting Program Directors to get a song played. Rather, they work more like an intermediary to pass the label’s money to the radio station. These indies, with the money paid to them from the labels, pay the radio station money for various listener give-aways, bumper stickers and so on. To top it off, these very same indies are often also paid a second time by the stations themselves as a consultant to advise the stations on what songs they should play."

This isn't necessarily a bad or wrong tactic, but it certainly seems like an unsustainable one. With the power of the internet, online radio, and a flush of other DIY artists, this does seem to be changing a bit but is still a standard practice, and it's still a tough process to get on the radio.

5. Even if your album sells, you probably still owe the label money

One statistic states that for every $1,000 in music sold, the average musician makes $23.40. This is what happens when you split your costs between distributors, bandmates, and the label. Even if you have an advance or if you have great sales, you likely won't see a dime until you recoup all the costs that went into making the album. So if production costs were $250,000, you have to make that $250,000 back before you receive any royalties.

Or what about advances? Let's say you get a $1 million advance. Courtney Love famously laid out the label economics:

Is this standard nowadays? Not necessarily, but it's just more reasoning for you fully understand you're getting into before inking that deal with a record label.