Why Indie Artists Shouldn't Focus So Much on Streaming 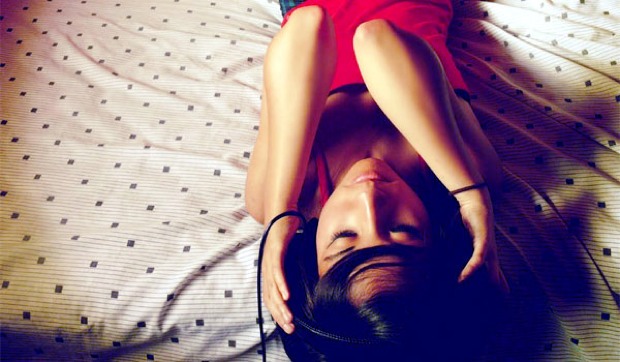 Is she a listener or a fan? (Image via techngadgetz.com)

Much has been made of the offensively low payouts to artists from streaming services. Kendrick Lamar broke Spotify's single-day streaming record when To Pimp a Butterfly was released, yet those 9.6 million track plays netted him, according to Billboard estimates, a mere $44,160. During a three-month span on Pandora, Pharrell's "Happy" was streamed 43 million times, which led to an estimated $25,000 in earnings.

With these numbers in mind, Jay Z and a bunch of his friends relaunched Tidal with a promise to give more to the artists. Here's the problem: even if they found a way to triple artists' earnings from streaming, they would still just be tripling fractions of a penny. The fact of the matter is, there are fights worth putting your effort into, but streaming isn't one of them, especially if you're an indie artist.

Indie artists are getting the shortest of all the short sticks when it comes to streaming payouts.

"Fake Surfers" got 400 plays on Spotify in March. I got paid 1 penny #theneweconomy

So-called experts will tell you streaming is how people listen to music now. That's fine. Radio is how people used to listen to music, and judging by recent polls, which will tell you 91 percent of car buyers still want an AM/FM radio in their car, radio is still alive and well. Do you know what people who listen to the radio and people who stream music have in common? They're listeners, they aren't fans. And that's a very important distinction, because as nice as it is to have listeners, you want fans. Fans buy albums, and concert tickets, and T-shirts. Listeners want something on in the background.

Writer/actor/comedian Josh Denny did some thought-provoking math on streaming, and while some might say the results aren't pretty, it clearly illustrates the impact fans have versus listeners.

Those numbers present something very obvious about musician revenue streams. What's going to be easier as an indie artist – getting 225 people to buy your album, or getting half a million people to stream your music?

With that in mind, when making your music available via streaming, do it with a service that has an option to buy. Bandcamp and SoundCloud make purchasing your music easy if people like what they hear. If your music is on Spotify or a similar service, embed a playlist of your songs on your own website, so you can direct people there, where they can also buy your album.

Maybe one day streaming will be a viable source of income for artists, but until it is, it doesn't make a lot of sense to spend all of your time focusing on it, especially when you have more viable sources of income sitting right in front of you.

Stop trying to get water from a rock. Focus on what will actually get you paid.

Learn more about streaming as an indie artist: