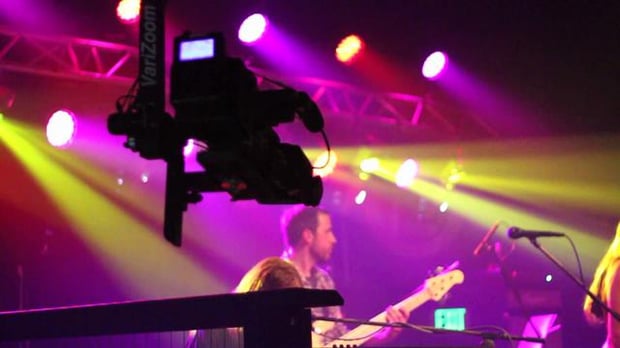 Performing cover songs is usually pretty easy because most venues already pay for a performance license from one or more of the PROs, but did you know that you need additional licenses to record those same cover songs (or any songs for which you don't own the copyrights)? Some licenses are easier to obtain than others, and it's easier to make a legal sound recording than it is to make a legal audiovisual recording. Unlike sound recording licenses (aka mechanical licenses), the sync licenses you need to make audiovisual recordings of cover songs aren't available through the Harry Fox Agency. If you'd like to share videos of your performances with fans, continue reading to find out about sync licenses and how you can legally include cover songs in your videos.

Copyright owners have control over a bundle of rights relating to their intellectual property, and the rights to perform music, record music, and sync music to video all require separate licenses. Some organizations such as ASCAP and the Harry Fox Agency have streamlined the licensing process for certain rights, but the right to sync music to video can only be licensed directly from the copyright owners/administrators themselves. If you want to use someone else's music in any type of video, you'll have to find the song's owner and ask him or her for a sync license directly.

[Who Owns That Song? How to Research Copyright Ownership]

In this age of greater connectivity with fans through social media, it's natural to want to share videos of your performances, make creative DIY music videos, or even include your recordings as background in a video biography of your band. If you own the music in your videos (i.e., you wrote the songs and never signed away your rights of ownership) then record away! If you do not own the songs in your videos, however, then you're not legally able to share those videos without permission (e.g., a sync license) from the owner.

What is a sync license?

Synchronization (sync) licenses are contracts that give you permission to synchronize the owner's music with images to create an audiovisual work. These licenses must be obtained directly from the copyright owners or administrators, which often means contacting music publishers to request the license. For tips on how to find out who owns/administers the copyright to a song, click here.

As with many legal contracts, sync licenses tend to include standard items. When negotiating a sync license, be prepared to discuss details such as the term/duration of the license, fees, media to be used, any changes you would like to make to the song, if/how credit will be given, and what will be required to renew the license.

Be prepared to give the song owner/administrator as much information as possible about the proposed synchronization, including details about the performance, your budget, and samples of the images/video if you already have them.

How much do sync licenses cost?

Unlike mechanical licenses, currently there is no compulsory statutory rate for sync licenses, so it's up to you and the song's owner to negotiate the licensing fees. The way the audiovisual work will be distributed and its purpose will greatly affect the cost of the license. Be aware that the cost will probably be higher if the song you are attempting to license is your only option for the project. For a detailed overview of the various fee structures for licensing different types of audiovisual works, refer to the book Kohn on Music Licensing.

Options for getting a cheaper sync license

Negotiating "options" within the license can save you money in the beginning. Rather than paying up front for uses you might never need, you can negotiate options for potential future uses. With options, you pay additional fees only if/when you choose to exercise those options. Negotiable options might include the term/duration of the license and the mediums through which the audiovisual work may be released. As with any legal contract affecting your band, consult an attorney specializing in music/entertainment law before signing a sync license.

Want others to be able to use your music (while you get paid)? Find out more about sync licensing: