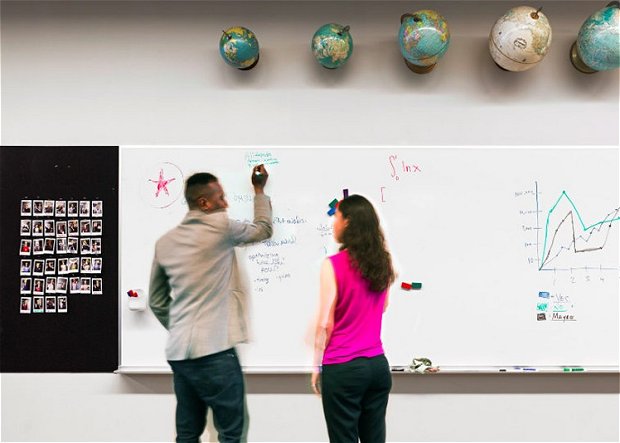 Inside the Indiegogo offices. (Image via mashable.com)

The music business may be unique in a lot of ways, but in at least one way, it's just like the rest: you need money to make money. Artists need a lot of cash to do what they do, and it can be hard to come by that much money. Between instruments, studio time, touring, and paying everyone from publicists to mastering engineers, the costs add up quickly, and sometimes a musician needs some help!

Over the past few years, the world of crowdfunding has blown up, and everybody seems to be reaching out to their friends and family for a few bucks. Kickstarter is leading the charge, raising millions for every kind of project, startup, and future invention, but the site doesn't work for everybody. There's so much going on, it's easy to be lost, and some really aren't fans of how the company operates.

If you're a musician thinking about crowdfunding your next album, tour, or whatever you're working on, here are three Kickstarter alternatives that might work for you.

Best for: Almost any musician trying to create something who needs a bit of help. PledgeMusic is a lot like Kickstarter, but focused on music. While it’s almost a bit strange to see someone trying to raise money for an album on Kickstarter (as it's more for other kinds of projects), it's the subject of the majority of campaigns on Pledge.

Why musicians love it: Setting up a campaign is really easy, and PledgeMusic is quickly becoming a very popular direct-to-fan site. Each campaign has a dedicated PledgeMusic campaign manager to help artists engage their fans in the most effective way possible. And while it’s great to have a network of people all willing to chip in a few dollars to help you get where you’re try to go, finding new people is even better. With Pledge, you get a lot of music lovers browsing and sharing who want to be a part of your creative process.

What it costs: The company takes 15 percent of whatever you raise, but it only does so if you reach your goal. This covers everything on their end, and it really isn't that bad – but just keep it in mind as you're setting your financial goals.

Best for: Not your experimental art-pop band, that's for sure. Almost all of the artists on ArtistShare fit into classical or jazz categories, so this definitely isn't for everyone.

Why musicians love it: The site has an amazing track record of great music and successful projects. It was also the first crowdfunding site, beating even Kickstarter by several years. In the decade-plus since it launched, ArtistShare-funded projects have been nominated for 18 Grammys, taking home about half of them. Not bad for crowdfunding, right?

What it costs: You'll have to discuss this with the company, if it wants to work with you. Unlike other crowdfunding sites, ArtistShare is not for everyone. They review applications and decide who to allow on the site, making it a highly curated collection of extremely talented artists.

Best for: At this point, anyone. The site is one of the biggest crowdfunding options out there, and thousands of artists are using it to make their projects a reality.

Why musicians love it: Indiegogo has looser restrictions than Kickstarter, allowing each and every artist to run things the way they want to. Crowdfunding campaigns should be fun and easy, and that’s what Indiegogo aims to do. The company has also gone out of their way to add a playbook, which is filled with tips and information about campaigns, crowdfunding, and how to do this well.

What it costs: The company takes four percent of what you raise if you hit your goal. If you don't happen to hit that point, it takes nine percent. There are two different kinds of campaigns: flexible and fixed. The former allows you to take whatever you raise, even if it doesn't hit your goal, and the latter refunds everything if you can't reach the set amount. There are also a few other fees if people use credit cards or wire transfers (though who uses a wire transfer anymore?).