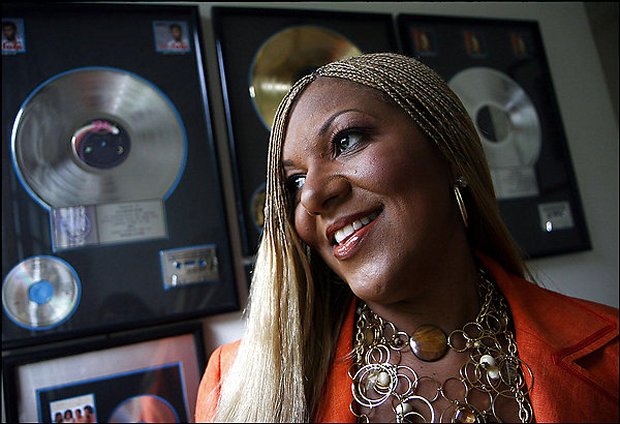 Music publicists are a special breed. You may think you know everything there is to know about us, but until you've been a publicist, you have only a surface understanding about who we are and what we do. Many times, I've seen or heard people comment on publicists, and I usually think, "No, that's not right! You only see one side of the coin." So in order to get to know each other a little bit better, here are 12 things you didn't know about us – myth-busting style! To borrow a phrase from Biggie, "If you don't know, now you know."

We're asked to do a lot of things, including acting as the connective tissue between bands and the media, serving two masters and dealing with expectations on both the band and manager side, as well as from the media. So we have to satisfy to opposite ends of the spectrum, which equals a lot of stress. Oftentimes, the ratio is 1:1,000. That translates to one of us dealing with thousands of you. We have to handle a lot of stuff, so what you may interpret as "curt" is really efficiency.

A lot of us are stressed, but we love what we do. If we didn't, we wouldn't put in so many long, thankless hours. So thank a publicist! Know they're working with you as best as they can, dealing with a set of parameters you may not see or know.

When we have to decline requests, there could be one or five reasons factoring into the decision, and it's not required that we share the finer points behind those business decisions. Also, because a music publicist might not respond to an email, that doesn't meant we're not doing our job. Sometimes we can't reply for reasons you don't know or wouldn't understand, or because we're dealing with keeping things out of the media as opposed to in them. It has nothing to do with you, I promise.

3. We aren't in love with our bands, but we love them

We become personally invested in our artists and our bands, since we spend most of our waking work hours – which are never 9:00 a.m. to 5:00 p.m., mind you – toiling and diligently creating their media profile. We want them to succeed and our efforts are focused on that.

We are not doctors; therefore, we are not on call 24/7. You will notice, however, as a band member or a media type, that we do respond to emails, texts, and calls at all hours. That's because we really care, above and beyond. The nature of PR is to care as much as a manager does, as we live on the front lines and we're in the trenches, and we're mucking and grinding in the corners. Personally, I've responded to texts and emails while at Eagles football games on Sundays and at weddings – including one where I was a member of the bridal party. We care so much that we make ourselves available.

But know this: We don’t have to do that. It's not a requirement. It's a perk that we offer to the bands and the writers that we love working with. We're technically not saving lives, but that doesn't devalue our work, since we all feel, on some cosmic level, that music saved our lives. Working tirelessly so the music of the bands we work with reaches its audience and fans, who in turn feel saved by music, makes me think, "You know what? Maybe we are like doctors... just a little bit."

5. We aren't dealing with the public

We deal with public perception of our artists and the portrayal in media. We don't deal with the public or fans.

6. We actually do have lives

We have kids, dogs, boyfriends, interests, friends, and other hobbies. We do like to shut down and do other things that don't involve publicizing. No matter how rad your job is, it's still okay to want, savor, and enjoy days off. That makes us human.

It's our job to say "no" and turn down requests as much as it is to say "yes" and schedule them. Our job is to handle the media for the band and to represent the band to the media. If we deny a request, it's with reason and it's not capricious, often falling in line with pre-set parameters determined by the team. So emails asking why we're not doing our job and granting a request is a ridiculous and uninformed notion.

Often, the band, label, manager, and publicist decide months before you've submitted your request that we have an agenda that involves, say, limited press or no repeat press. We have campaign plans, goals, and targets that are put in place well in advance. It's not our job to grant access at will, but to work together to find a way to make things happen. That's the creative beauty of PR.

9. Many of us are writers, too

Publicity and writing are incestuous and interlinked. I've been a writer as long as I've been a publicist. I can straddle both sides. A lot of us have been published in media outlets. We write press releases. We're on deadlines. We're sympathetic to predicaments, situations, and things that our media partners are dealing with when it comes to asset delivery, photo shoots, closing issues, and fact-checking. We get it. We come from the same background, and we're here to make your job easier.

True story: One of my ex-boyfriends totally loved the fact that I got to tell Slipknot and Tommy Lee what to do on press days as part of my job. Being a publicist is a sexy job. It looks cool because it's exactly that – a cool job. But one thing you don't realize is that we get 3:00 a.m. phone calls to change flights, deal with a breaking story, and more. It's a glamorous life, but not 100 percent of the time, since serving many masters means someone will always be disappointed in the end. That means we're deft and overly skilled at managing expectations and massaging disappointment. That makes us ultimate crisis managers and problem solvers.

Publicity is a largely female-dominated field – that much is true. It’s probably nine to one, but there are some rad male publicists doing their thing, including Brian Bumbery, Rey Roldan, Mike Moses, Greg Cortez, George Vallee, Bill Meis, and Jon Freeman. They are all great dude publicists.

When I switched from doing radio promo to publicity, one of my co-workers exclaimed, "Bands always love their publicists." That's because the publicist is the front line of defense and the relationship often comes with daily contact and discussions. We be tight.

As you can see, publicity is about so much more than granting interview requests. It's a supremely layered job where only the strong survive.