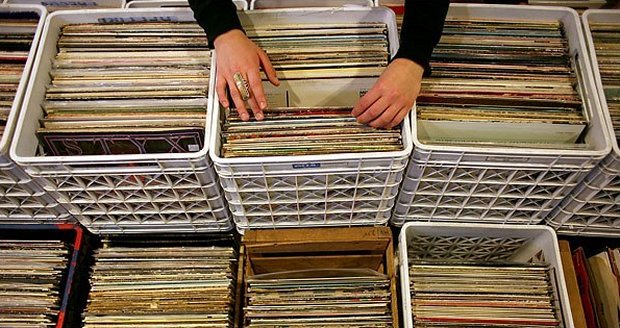 You've heard it from everyone from Bob Lefsetz to David Byrne: the music industry is dying.

At first glance, Nieslen's annual music industry report seems to back up this sentiment. The report, a summary of the data the company compiled on US music consumption over the past year, finds the major development for the industry has been the dramatic increase in on-demand streaming in the face of a precipitous decline in physical sales. In addition, total music consumption (purchases and streams) dipped slightly in 2014, but the report points to the overall expansion of music engagement online and the growth of vinyl LP sales as encouraging trends.

It comes as a surprise to no one to say that the music industry is in a state of flux. New technologies have upended nearly every way we've been conditioned to act as consumers, and no industry has been more affected than the music business.

Independent musicians are now left to navigate this brave new world on their own – but this isn't necessarily a bad thing. As the old guard of the music biz has been eviscerated, working musicians have in many ways been freed to take control of their own careers; a close look into Nielsen's report reveals emerging opportunities for artists hoping to cut out the middlemen.

Here are the major findings of the report and what they mean for independent musicians.

On-demand streaming is up 54 percent

Online streaming increased a whopping 54 percent in 2014 to 164 billion streams, while total unit sales (both physical and digital) dropped 11 percent to 257 million units. The simple takeaway from these numbers is that eventually people are going to stop paying directly for music, and while this really may come to pass, an analysis of exactly how listeners are consuming music online shows this new model may be more sustainable than it initially appears.

Nielsen came up with its "on-demand streaming" metric by combining counts for streaming audio services like Spotify and Rhapsody with play counts for streaming video sites like YouTube. A detailed breakout of listeners' streaming habits finds that video streams account for more than half of all plays, but that audio streams are increasing at a significantly faster rate.

For as much as people like to gripe about Spotify, it's important to realize that more consumers actually use YouTube to listen to online music. It looks as though this trend may be changing, however, and more people migrating to audio services like Spotify is good news for musicians. First, royalties for streaming audio players are almost always exponentially higher than Google's per-stream payouts for YouTube plays. In addition, Spotify, the streaming service with by far the largest user base, actually increases its payout rate proportional to its total revenue – distributing 70 percent of its annual revenue among rights holders.

While on-demand streaming may never pay at rates comparable to those of digital downloads, it's likely that royalties from Spotify and its competitors will increase in the coming years. And as more people turn to streaming audio players as their primary means for listening, these services could provide an easy, direct, and profitable way to distribute your music to a wider audience.

You've undoubtedly read the same type of "vinyl is back!" article over the past few years, but it looks like all the enthusiasm has been warranted. Vinyl sales increased 52 percent in 2014 to 9.2 million individual sales, making up 6 percent of all physical purchases. It may be time to get in on the vinyl boom if your band hasn't already.

LPs have a higher a profit margin than nearly every other format. And even if you don’t have a distribution deal, pressing vinyl is easier and more cost effective than you may think. Plants like Furnace Record Pressing, for example, will press 500 copies of your album for $2,782, which comes to $5.56 per record. So say you buy Furnace's 500 record package and go on to sell them for $15 apiece at shows – that's a possible $4,718 return on your investment!

Ever notice how late night hosts often hold up an LP of a band's new album when introducing them? This isn't just due to the fact that vinyl has a better profit margin than other formats; it's because selling LPs is also a great way to engage your fanbase. Fans who buy vinyl make a much bigger investment in your music than those who simply stream your album online. As a result, they're more likely to make it out to live shows, buy future albums, and remain long-term fans. This looks to be especially true if you're a rock or indie band, as 71 percent of all vinyl sales last year were classified as "rock."

Live music is stronger than ever

While people may not be spending as much on music, they are willing to pay for concert tickets. The average consumer spent $109 on live music last year, and self-described music fans surely spent significantly more. Festivals in particular have made huge gains, with 32 million people attending at least one festival over the past year. The report also goes out of its way to point out that festival-goers are much more likely to buy merchandise of bands they see at an event.

Although there's some debate over whether or not we're currently in the middle of a festival bubble that's bound to collapse, it's clearly worth trying to make it onto a festival stage. Events ranging from mega summer festivals like Outside Lands in San Francisco to your hometown jazz fest feature local showcases and are always looking for independent bands to fill out the bill.

To succeed as a musician today, you often need to be your own manager, agent, producer, and publicist; becoming your own biggest advocate is essential to making a living off your music. And while the overall state of the industry may seem bleak, the Nielsen report shows there are still opportunities for artists to exist and thrive within this new paradigm.

For more information and to read the full report, visit nielsen.com.

Ethan Varian is a freelance music writer based out of San Francisco. He has contributed to publications including Guitarworld.com, Performer Magazine, and The Deli SF.