3 Ways to Get More Buzz for Your Venue 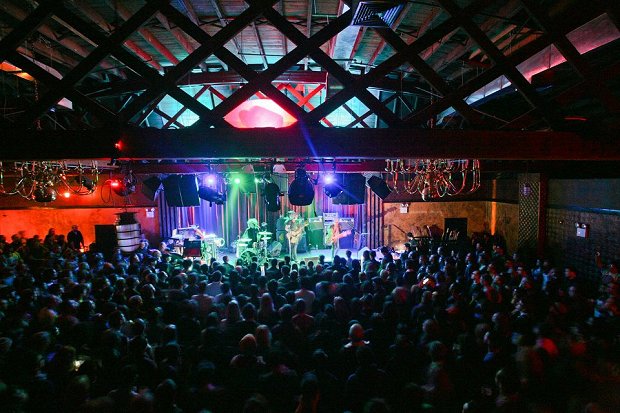 The Bell House in Brooklyn, NY (Image via explorebk.com)

Having a successful show or tour is not just thanks to those actually performing. It takes a team of people to make sure everything is planned well and things run smoothly. A venue has a lot to do with the success of a show, and not just the obvious bits (you know, housing the thing). The better it gets at delivering a truly enjoyable and memorable product, the more people will return, and the more business a venue will do.

While the number one thing a venue must do is put on a good show, there's so much more than can be done for added success! Ticketing company Evenbrite recently released some information from a study of its customers, and there are three suggestions for those working in the live music world that everyone involved should probably be aware of.

1. Ask music fans what they want

Most people who book venues have been in the music industry for some time in one respect or another, and they likely have a really good handle on what's happening and what's cool, but no one person can know everything. If venues want to make sure they're selling the maximum number of tickets, they should go out and ask attendees what else they'd like to see at the show. This can be as simple as posting a question on social media, or as complicated as handing out actual paper surveys at shows or investing in some sort of app.

This process has already been put into action by plenty of bands who have various ways for fans to ask them to come to their town. If enough people in a certain city are willing to pay to go see a certain act, there's a good chance they'll make the trip. Venues should not only be open to receiving that information from bands, bookers, and managers, but they should conduct surveys of their own.

First of all, your venue should probably have a photographer. Maybe this isn't right for everyone and every club, but these days, everybody is either taking their own photos or wanting someone else to take theirs, no matter where they are. When fans buy a ticket to a show, they're really paying for an experience, so the more you can make the night memorable, the more likely they are to come back again. Having something as simple as a photographer running around snapping party pics can really make someone's night, and it doesn’t have to be expensive. Everybody knows someone who's good at taking pictures and could probably use a few extra bucks!

Taking pictures is the first step – the next (and more important) one is making sure you get them up in time. Try posting the pictures on Facebook the night of the concert or the next morning so people can look through and tag themselves. If the club's name is in the corner of the picture as a watermark, everyone who views those photos (i.e., every friend of everyone who takes the time to tag themselves and their friends) will see it, too. That small amount you paid an amateur photographer will end up as big, cheap advertising.

3. Have a designated photo area of your venue

If a photographer taking party pics isn't your style, why not have a designated area where people can stop by and take their own photos? A cheap photo wall (really just a large poster with your club's logo printed all over it) or a photo booth are both like catnip to millennials. Many people will take plenty of pictures and share them online, providing you with free advertising similar to the party photographer mentioned above.

This idea is obviously nothing new – red carpets have been doing it for decades with big-name sponsors willing to shell out big bucks for a celebrity next to their logos – but the idea that anyone can now do this is catching on and spreading to all kinds of events and spaces.

While you're at it, make sure your place is easy to find on social media so those who want to tag themselves there can do so, showing all their friends and family where they are.