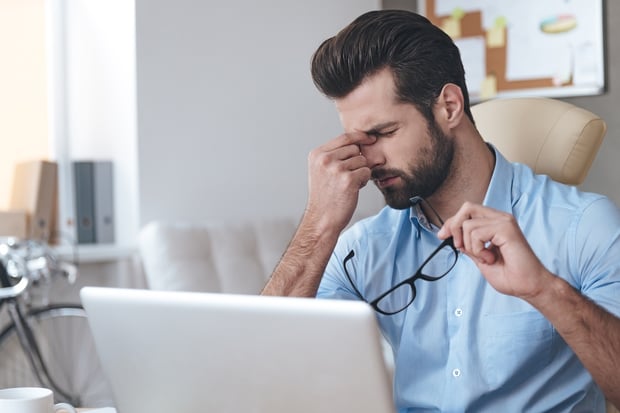 As a band, you may think it’s a lost cause to pitch blogs directly. Maybe you’ve tried in the past only to receive a zero response rate. Or maybe you think, "What’s the point?" because they won’t want to hear from you anyway.

Yes, a publicist who has relationships can help gain interest with media outlets, but it doesn’t mean it’s impossible to do it on your own. Even with relationships, as a seasoned publicist, I sometimes have to go back five or six times before I receive a response.

Below are a few tips we use when building a new relationship when all else fails.

Sometimes it really is as simple as looking at the blog’s submission guidelines. Bloggers' preferences can vary and often contradict each other, so the best way to increase your chances of coverage is to go back and look at the submission guidelines. Do they ask for a specific subject? Do they want a short, two-sentence email with just the link to the music? Or do they want everything you can provide so they don’t have to search? Look at those guidelines and then craft an email pitch based on those specifics.

[Bands: Avoid These 10 Subject Lines Words That Get Flagged as Spam]

If you’re still not getting anywhere after following the guidelines, take a closer look at the blog. Are there specific columns that could be a fit for your band? For instance, maybe the blog has an “introducing” feature dedicated solely to emerging artists. Or perhaps there is a “song of the day” feature where you can pitch your newly released single. This is an opportunity for you to see if your band’s genre is a fit for the blog or column.

Also, look at who's being covered. If the column focuses solely on established bands, chances are you won’t be considered, and it’s better to focus your energy on someone who would.

3. Read recent articles on the blog

Still not getting anywhere? The old adage “flattery will get you everywhere” rings true here. Go back and read through the last five articles on the blog. Does your band sound like one the writer has covered? Is there a specific story angle that makes you think the writer would be interested in you?

If you haven’t already, track down that writer’s email address and send him or her an email acknowledging the feature, what you liked about it, and why your band would be of some interest.

If you’ve only pitched the blog once and you've given up because you haven't received a response, it’s time for a reality check. I’ve done this for over 10 years and I rarely receive a response on the first pitch, even when I do have a relationship. If it’s been a few weeks and you still haven’t seen coverage on the site, politely check back and see if the blogger has had a chance to listen and if there’s any interest.

[Why the Follow-Up is More Important Than Your First Email]

As you can see, pitching a blog isn't just about sending an email explaining why your band is so great. You're competing against more established bands, mountains of emails the blogger is already receiving, and the time it takes for a blogger to go through all of it. Even when your band is great, it often takes going that extra mile.

Try to look at it from the blogger's perspective to see what's important to him or her and how he or she likes to receive information. Take those things into account and be persistent without pestering, and you may find bloggers paying attention sooner rather than later.

Get more tips for pitching the press: