5 Benefits of Joining a Band for a Solo Artist 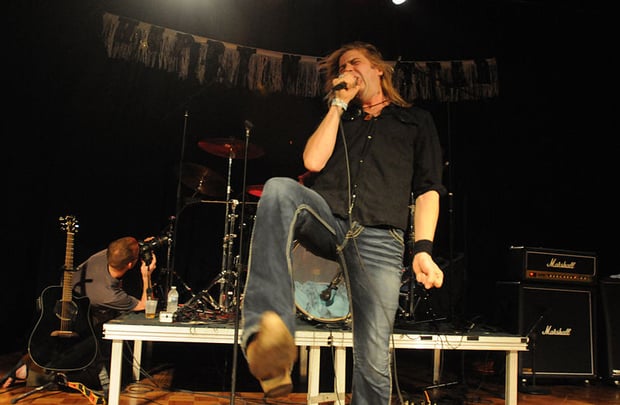 Joining a band doesn't have to mean abandoning your dream of solo success. Under the right circumstances, it can help you successfully launch future independent projects, because unlike solo artists, band members can pool their creative and financial resources in order to build their careers. Here are five reasons joining a band can be advantageous for you and your music.

Despite your level of talent, it can be difficult to meet like-minded individuals and make the connections you need in order to propel your career forward. Joining a band immediately increases your networking opportunities. In the best-case scenario, you'll find a familial environment with other supportive musicians. Where finding a musician to back you for a last minute solo gig was once impossible, a bandmate may be willing to cover the gig or refer you to a reputable contact.

Joining a band can help you reach a larger audience. You may have an opportunity to expose their existing fanbase to your music and gain new followers. Even cover bands are asked to play some original music from time to time, so if you have original songs that would complement the music the band is currently playing, suggest adding one of your songs to a set. The relationships you build with the band's fans via your tunes could translate to increased support for your solo endeavors.

As a solo artist, you're responsible for your own performance. Performing as the member of a band requires a different skill set that forces you to adjust your onstage habits. Bands must operate as a unit; each member has to be in tune with the other players and pay attention to their signals. If one player is off rhythmically, the entire performance of the song is jeopardized. At rehearsal and following a performance, you can count on your bandmates to offer feedback on your areas of weakness. Over time, your communication, listening, and improvisation skills will improve, shaping you into a stronger musician.

4. You'll get to explore new and exciting collaborations

Joining a band puts you in the middle of an ongoing creative process. By forming solid relationships with your bandmates, you'll not only be involved in developing ideas for the band, but ideas regarding side projects may also be introduced. The keyboardist may be working on an acoustic album he or she needs help with, or the vocalist may be recruiting musicians for a showcase. You can collaborate on creative projects that you wouldn't ordinarily have conceived or had the opportunity to participate in as a solo artist, thus expanding your artistry.

5. You get to divvy up the expenses

Promotional costs can be difficult to manage for many solo artists. Whether the founding member foots the bill or the band splits expenses equally, joining a band may give you access to services you're unable to afford alone. The cost of a music video may be outside your budget as a solo artist, but totally attainable as the member of a band. The band website could provide separate pages for each member, helping to grow your online presence without costing you a dime. Photographers often take individual shots during a band photo shoot, which you can use to promote your solo projects, saving you time and money.

These are just a few examples of how joining a band can help your solo career. While it may not be the best option for everyone, it could be the step you need to gain more exposure, build your skills, and promote your music.