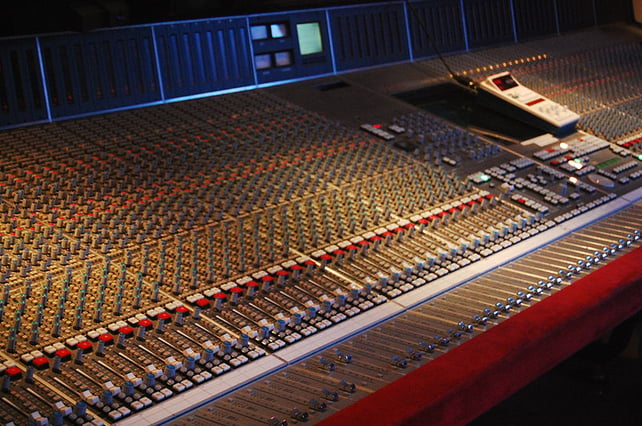 Becoming a music producer can be more complicated than you may expect. Responsible for much of the nitty-gritty work and often receiving little credit for it, it can be discouraging for producers who want instant gratification for their long hours spent in the studio.

However, the only thing worse than being disregarded is being unprepared when your name is called upon by artists who expect you to be a master of your craft. In order to get you started on the right path, here are five answers to common questions asked by aspiring producers.

As a producer, it should go without saying that you should be musically inclined in terms of understanding the intricacies of a variety of instruments. And it's no secret that much of the music being made these days is happening via digital software programs. So whether you're a trained musician who's been playing in bands for decades or more of a technical wizard, the best producers are the ones who are masters of balancing both worlds.

Take the time to become proficient on keys, drums, and/or guitar. You should also research the digital audio workstations available (Logic Pro, Reason, Pro Tools, FL Studio, and Cubase are a few of the most popular) and learn which one best fits your needs.

Once you gain these skills and maintain an open mind to new sounds and different styles of music, you'll be in a great starting position to make a strong impact with your production work.

2. When should I start charging?

Once you start to become established as a producer with a solid resume to your name, the all-important question arises: when do you start charging for your production work?

Early on in your career, working for free is a great way to build your portfolio, open up new opportunities, and collaborate with artists who are well-known enough to help you build your own fanbase. But at a certain point in time, people will start taking advantage and come to expect that your work always comes with a free price tag. This is the last reputation you want as a producer, so knowing your worth and understanding how badly artists want your production is something that will literally pay off over time.

When you find your to-do list being overloaded with work that isn’t directly benefiting your brand/artistic identity, that’s how you know it is time to start charging.

3. How much should I charge?

Now that your work is officially on the market, the next thing you'll ask yourself is how much to charge. This answer will vary depending on the caliber (and wallet) of the artist you're working with, but a general rule of thumb for aspiring producers is to stick between the $200 to $500 range per production credit.

The range may vary depending on what genre you work in (hip-hop production tends to be on the expensive side), where you're from (prices tend to be higher in the Northeast vs. the South), and how extensively you're working with a particular artist (one song vs. a whole album), but in all cases you should have paperwork for any production work with a fee, especially if royalties are involved.

[Working With a Producer: The 5 Most Common Types of Deals]

It's also important to clarify the difference between producing a record (creating and directing the artistic vision from start to finish) vs. simply making a beat that gets handed off to others for completion. Make sure you understand the role you're playing in the creative process. If you're the full-fledged producer on a track, your price goes up. If you're simply selling a beat to an artist, adjust your fee appropriately.

When you're working with primarily local, independent artists, asking for anything over $500 may result in other artists thinking you’re arrogant, and word will spread around quickly. But once you earn the chance to produce for a nationally known act or a label-signed artist that may be posing as indie, the doors open to cash in on a lucrative opportunity that doesn’t happen every day. Ultimately, use your best judgment when deciding how much to charge, and believe in the value of your product without overstepping your boundaries.

4. How do I navigate the gray area of producing for friends?

Charging for your beats when dealing with strangers becomes a relatively simple process over time. However, producing for artists you consider to be genuine friends is a slippery slope. There's nothing wrong with giving away a beat to a friend if it was just going to sit in a file on your computer, never to be used. But when it comes to your best work, you have to value your career on a similar pedestal as your friendships without letting the business side of things adversely affect any relationships.

Latrell James, a Boston artist/producer who has worked with the likes of Lil Dicky, Michael Christmas, and Cousin Stizz, advises producers to be completely transparent in this respect. “Producing for friends comes down to being honest," he says. "Ask your friends what their plans and rollout are for that project. The last thing you want to do is throw valuable production into the abyss of internet mixtapes."

Honesty proves to be the best policy in almost all situations, so take it into consideration when navigating the gray area of producing for your friends.

5. Should I learn how to mix, master, and engineer?

In short: yes, yes, and yes. Aspiring beat producers should be completely comfortable in the art of beat making, first and foremost. But as you perfect your craft, taking the time to learn how to mix, master, and engineer music will not only make you a hot commodity and raise your value, but will also allow you to grow as a more well-rounded musician.

Don’t take these on until you’re completely ready, but soak in all of the mixing, mastering, and engineering knowledge you can whenever you get the chance. It'll allow you to meet your full potential as a producer, and perhaps one day answer commonly asked questions like these rather than ask them!

Next up: How to Balance Being an Artist and a Producer