Working With a Producer: The 5 Most Common Types of Deals 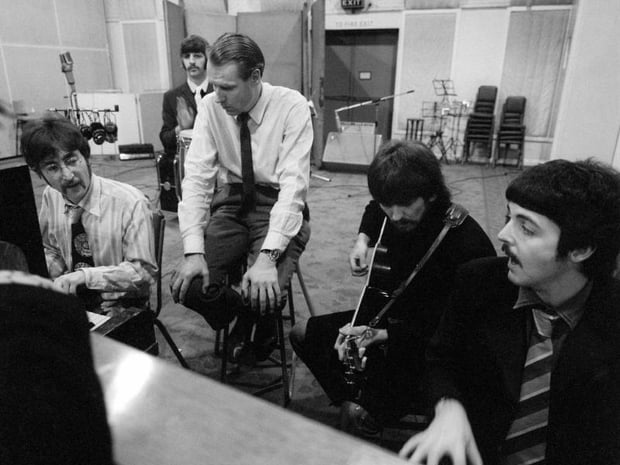 This is an excerpt from Business Basics for Musicians by Bobby Borg. It has been reprinted here with permission.

While the proliferation of home recording tools has enabled many talented artists/producers to record quality masters right out of their own bedrooms, there are still just as many talented songwriters/performers like you who need help from an experienced record producer.

Experienced record producers not only understand the technical and creative aspects of bringing a recording to life, they also understand – should you ever advance your career to signing with a record company – how to manage budgets, deal with union forms, and get guest permissions to use other artists. In short, they're expert project managers and know how to deliver a commercially viable record on time, on budget, and at the desired level of quality.

When artists are just starting out and have little or no money to pay for a recording studio and record producer, their first involvement with a producer might exist under a barter-system arrangement with a local producer.

A barter system deal is a straight-forward arrangement where the goods or services of the artist are "exchanged" (i.e., used as currency) for the goods and services of the producer. Just be sure that the terms of the arrangement are clear and there are no misunderstandings about additional ownership of songs, recordings, and/or hourly fees owed.

Another scenario for artists at the beginning of their careers is the on-spec deal. The on-spec deal is a situation in which the artist makes contact with a local producer/studio owner (perhaps one who's a friend, fan, or close relative of the band) and arranges to record at no cost under the terms of an informal agreement. Such an agreement may state that if the band gets a recording agreement, they will pay the producer a predetermined flat fee for services rendered and consider him or her as a candidate to record the final product for the label. If the artist never gets signed to a recording agreement, he or she never owes the producer any money.

Another agreement could state that the artist gives up ownership in the master recordings or shares in certain songs for a specific term. This way, when the artist makes money down the line, the record producer also gets paid. (Warning: just be sure to understand the terms of any agreement before signing, and to speak with an attorney or consultant if you're unsure about anything.)

When a young artist is resourceful enough (or lucky enough) to have the funds necessary to pay a producer at his or her full going rate, the artist's involvement with a producer might exist under a do-it-yourself/work-for-hire approach. In this scenario, the artist makes contact with the producer/studio owner via referrals from other local indie artists or advertisements in local music magazines. After discussing recording philosophies, listening to recorded tracks, and examining the facilities, the artist hires the producer for a flat fee to record tracks, and even to mix and master the recording.

Just be clear that the producer is hired by you via a contract that explicitly states that he or she is to perform a job for a fee, and that he or she does not retain any rights in the sound recording nor own any shares in your compositions. Speak with an attorney if needed.

Finally, when artists can prove that they are self-sufficient (i.e., they can record and distribute their own albums, build a strong fanbase, and make sales), they might be offered a record-label deal to help take their career to the next level. In a typical label deal, the artist is obligated by contract to hire an experienced record producer to help guide him or her through the recording process and to deliver a product that has the commercial sales potential to meet the company’s expectations. The artist receives an advance, typically known as the "recording fund," from which all recording costs (including the producer) must be paid. Additionally, the artist receives an artist royalty rate (typically structured as an "all-in" royalty) from which the producer gets a percentage share. Producers typically also earn a prorated portion of master fees from the licensing of the recording, and in some cases may share in the copyright of the songs.

Since the record-label deal is still held as a coveted accomplishment for young artists who dream of worldwide success, and since the business issues can be far more involved than at any other level discussed, I expand upon the record label deal scenario in more detail in my book Business Basics for Musicians: The Complete Handbook From Start to Success. I hope you'll check it out.

Bobby Borg is the author of Business Basics for Musicians: The Complete Handbook From Start to Success (published by Hal Leonard) available at bobbyborg.com/store. As a limited-time special offer, you can get the book, CD, and DVD for only $21.99 (a $70 value).