5 Reasons Why You Didn't Reach Your Crowdfunding Goal 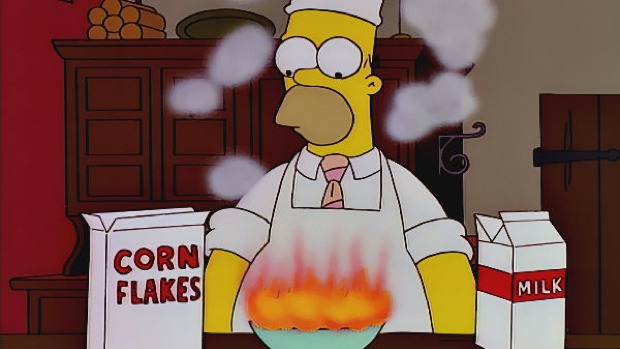 It can be incredibly disheartening and even soul crushing to run a crowdfunding campaign that fails. Just because your campaign failed, however, it doesn't mean you're a terrible artist – it could just mean you ran a terrible campaign. With crowdfunding being a relatively new phenomenon, the blueprint for how to run a campaign isn't entirely clear. That said, the foibles and good-campaigns-gone-wrong errors are slowly coming to light, and if your campaign didn't reach its goal, it might be because of one of the following reasons.

1. Your goal was unreasonably high

I've seen plenty of campaigns for EPs that only ask for $3,000. On the other hand, I've also seen campaigns for albums that ask for 10 times that much. From a fan's perspective, there's an appearance of greed when your goal is significantly higher than similar campaigns. Even if you lay out everything you plan on using the money for, the basic question a fan will have is, "Why does this person need so much, while another artist I support requires so little?" It might not be a fair assessment, but it's a human one that you have to account for.

Another issue with an unreasonably high goal is that some fans may not want to donate if they feel the goal won't be met. Thinking that an album will never be made isn't much inspiration for donating.

You may feel having a lofty goal shows you're aspirational and that even if you don't come close to hitting it, it will represent how serious you are. In reality, it's a huge detriment. Remember, a campaign isn't over once the monetary goal is hit – it lasts until the day you arranged for it to end. By setting a reasonable goal that can be met and exceeded, your fans will be a part of something that succeeds, and this will inspire them to support your future campaigns.

While I just wrote that fans who donate to successful campaigns are more likely to donate to future campaigns, those future campaigns have to actually be in the future, not in the next week. Getting your album funded is huge, but if you immediately follow up that campaign with another one for a video, and another one to hire a publicist, and another one to create promotional hockey pucks, your fans are going to grow weary of you, and view you less as an artist, and more as a beggar. Fans want to support your album, but back-to-back campaigns make it feel less like supporting an artist and more like Verizon increasing their rates.

We get it, you need to make money to create your album. That said, gouging your hardcore fans isn't the way to do it. I can't tell you how many times I've seen campaigns where fans wouldn't receive a copy of the album until they donated $25 or more. Why on earth should someone pay that kind of money for an album that will only cost $10 when it becomes available? For the honor of having helped you fund it?

4. Your fans already had all your backer rewards

One mistake I see far too often is artists thinking that offering up their back catalog as a backer reward is going to generate interest in a campaign. While it's all well and good to have it up there for the new fans who are just discovering you, your backers are the fans who have been supporting you for years, and they already have the majority, if not all, of your previous work. That's why they're clicking on your campaign and considering donating in the first place!

Offering up your back catalog looks less like a reward and more like you're cleaning out your closet. That said, there are effective ways to utilize your previous work in a crowdfunding campaign. I've seen artists autograph every album. I've seen a fine visual artist who's also a musician offer up unique, hand-drawn art pieces on record slip covers. You could even have ascending backer rewards offering to fill in your fans discographies with donations that will get them the new album, and any one, two, or three albums that might be missing from their collection of your work (although that can't be the only type of reward you're offering). Once again, it's about providing value for the fans.

5. You didn't inject any of your personality into it

While your fans care about where the money they donate is going, they don't want to see your PowerPoint presentation or your complete business plan. Fans support people they like, and a super business-like, paint-by-numbers campaign that makes everyone feel as though they're in a boardroom gives fans no reason to like you. This is absolutely huge, because we have to like you in order to hand over our money to you. Write your campaign up as if you're talking about it to a friend. We want to hear how excited you are about what you’re working on, because that will get us excited about it, too.

Also, have fun with your campaign. I know an artist named Kawehi who jokingly ends her backer rewards with a $10,000 donation option. You know what, she's had a random person donate $10,000 after seeing it. Her personality had shone through throughout her entire campaign page, and it resonated with someone who had a deep checkbook. Similarly, I think we all remember the guy who made over $55,000 for his campaign to make potato salad. Do you think that had anything to do with people's love of potato salad? It was all about the personality he put into his campaign!

Stories like those remind us these campaigns aren't just about the art, they're also about the artist. If you've turned yourself into a business or a brand, expect to be treated as coldly as we react to most businesses and brands. If, on the other hand, you have fun, we'll want to join you for the ride.