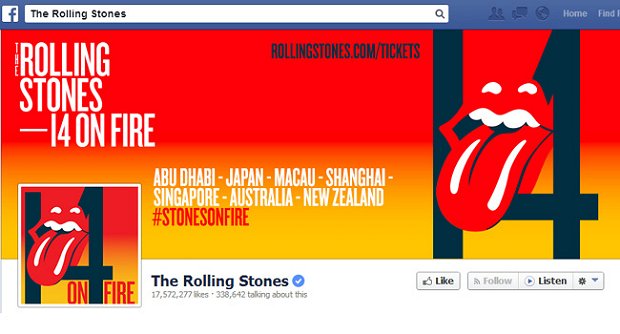 Your timeline photo is a great place to display what you're currently working on in a billboard-style photo. If you're touring a new album, create a compelling background with fragments of your cover art, and sprawl your tour dates across in a clean, readable design. The key is to make it visually appealing with traces of your music tethered into the design. Just having the dates won’t be enough. When Los Angeles-based singer BANKS went on tour with The Weeknd, she took fragments of her London EP cover and created a minimal, branded cover photo with her tour dates spread across her signature monochromatic image. The result is her EP artwork being extended into her tour promotions through her cover photo.

The dimensions for of a cover photo are perfect for creating a collage of your band's experiences and successes. When Sigur Ros launched their 2012 world tour, they used fan photos found on Instagram through their hashtag #sigurroslive and made a stunning collage of different shots from their live shows around the world. Their cover photo was particularly creative because it took fan art and exposed it to their worldwide following. Other collage ideas could be all of your albums to date or pictures of the band on the road.

This is a popular trend, mainly because it's clever and aesthetically pleasing. Social media users create a scene with their cover photo and use their profile picture to connect to the scene. It could be your lead singer holding a microphone in the profile picture, and the mic stand and the rest of the band performing in your cover photo. The key to this trick is a smooth connection. The colors should be the same, and the sizing should be exact. This might take a little trial and error, so be sure to design it and test it out first.

Your cover photo is a great place to ask your fans to engage with your music. Sam Smith used his cover photo to ask his fans to vote for him at the 2015 Brit Awards. He used the photograph from his debut album with a clear call-to-action for his fans to vote for the album. And of course, he put the link in the description. Like I said before, your cover photo is like your own social media billboard. Do you have something to ask of your fans? Come up with a creative design with minimal text, ask them through your cover photo, and always put further instructions in the description.

Hashtags are the connecting points we follow to engage with fans. If you're hosting a live-stream of your new album, create a hashtag for followers to use while they stream. They can tag their pictures and listening experience. Your cover photo is a great place to encourage your follows to use a trending hashtag that's relevant to your music. Maybe it's the title of your new album or your band's name with 2015 attached. Either way, come up with a catchy hashtag that will bring new people to your music, as well as allow you to see who your fans are and how they engage with your music. 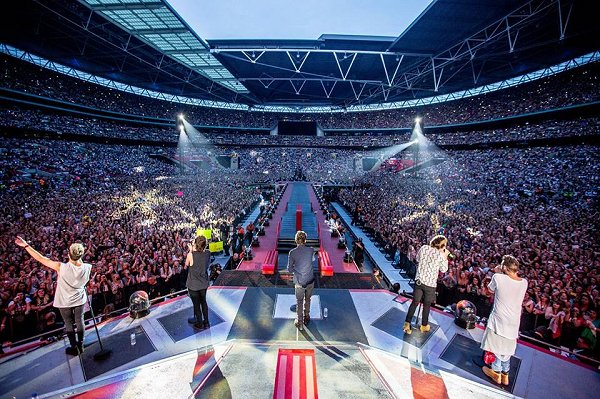 Have a cool cover photo idea to add? Share it in the comments below!