How Facebook's New Algorithm Affects the Way You Promote Your Music 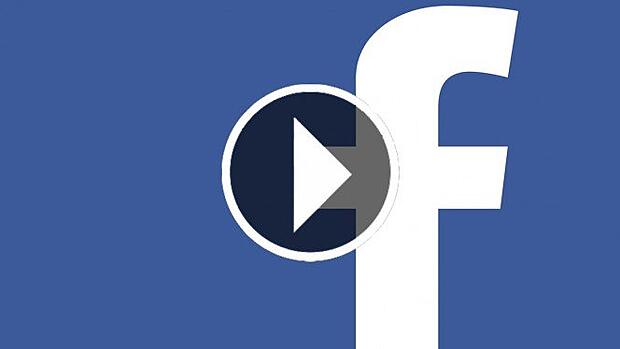 A version of this article originally appeared on The Daily Rind.

Facebook has announced a trio of changes to its platform in recent months that will finish rolling out this month. As it did earlier this year, the social network is working to enhance the user experience and increase revenue, feed growth in mobile usage, and at the same time, accelerate the maturation of its video offering. What this means for marketing on the platform is essentially putting more thought into posts with a tighter focus on mobile and deploying video as a way of doing both to increase the reach and engagement of your messaging. In my estimation, it also means putting more effort into other platforms, such as Twitter, Tumblr, and Pinterest to reach the right fans at the right time while driving those users back to your hub.

One of the changes Facebook is making in January is de-emphasizing the marketing post. "Make sure you buy our record on iTunes" accompanied by a link to the retailer just won't show up much for fans of your page anymore. If you're not already having a natural conversation with your fans, this will pose problems for how you engage with your audience.

Another change announced at the same time is an increase in the importance of link posts. Facebook's research shows that users prefer these types of rich link posts to a status that includes a bare link in it or a photo with a link in the caption. Essentially, if you paste the link into the status box, Facebook will generate everything you need, including a title, image, and summary. You can simply delete the link itself from the status update box once at that point and hit post – as long as the site whose link you're sharing has done everything correctly, of course (more on that later). Facebook will reward this newsworthy content, the entire area becomes clickable for mobile users, and Facebook's internal research says they're clicked on at twice the rate of captions and plain links.

The last change worth mentioning here is the greater importance of video. Compared to 2013, video on Facebook in 2014 has become an integral part of the experience, with preferential treatment and auto-play capability being given to native video on the platform. This has pushed a massive growth in video views since May. Part of this change has seen native Facebook videos receive 70 percent more engagement on Facebook than embeds of videos from YouTube on Facebook. Couple that with an emphasis to brands on their pages being repositories for photo and video content, and you can see the field being prepared for Facebook becoming a major video content platform in 2015. And we're not even touching on the positive effects this all has for video advertising on the platform.

Taken together, I feel it's important to tackle these changes through these strategies:

We're going to review some tactics around each of these strategies, including:

The tease of a music video is fairly straightforward. Create a 30-second clip of a compelling portion of the content. Upload that clip natively to Facebook. When you do so, the post will give you the option to add one of several different types of calls-to-action. In this case, I used "Watch More" and link to the full video on YouTube, a website where it's premiering, or a website our client controls. Companies like Vice and the Washington Post use this method to great effect. In particular, I love how it couples the engagement inherent to Facebook (particularly sharing) with the popularity and monetization of YouTube.

Tackling the retail post is a bit harder. These are typically posts you might make as an artist that direct fans to buy your record. Obviously, Facebook's algorithm changes are going to torpedo any effectiveness these types of posts have, but you still want fans to know you have a product in the marketplace. My suggestion is to replace the retail post with the retail video. There are multiple formulations here, from a 15- or 30-second album trailer that tags those retailers in the video, to a video of the artist talking about the new album being out now and tagging a retailer. What I would love to see is a retail video where the artist actually goes to a store to buy his or her own record. Surely that's more compelling than, "Go get it at X retailer," particularly if it's done with any of these fantastic independent record stores.

Thinking about Facebook's video model also implies some changes to the way video is produced for the platform. Muted auto-play in particular poses some challenges for music. My suggestion is to borrow inspiration from BuzzFeed. Its listicle videos are produced for maximum exposure and usage on multiple platforms. The videos are well-produced, they repeat spoken audio in text, and they're promoted everywhere. On YouTube, they look great as a complete package. Viewed on Facebook's newsfeed, they're able to be experienced even without the audio. And on BuzzFeed's site, they're often posted with the text of the video written out and each item embedded as an animated GIF. The most obvious application of this is uploading a lyric video, which would encourage fans to turn on sound and engage with the post. The same can be done with short album trailers or closed captioning on behind-the-scenes content.

Of course, as you put all of this effort into creating great content, you want it to look as good as possible when you share it. If you're sharing from your own website – and I encourage this – you'll want to ensure the items on your site employ proper Open Graph tagging. Facebook will try to figure these items out for you if you don't use Open Graph tags, but having your developer include them is the best way to control how your content is presented on Facebook. A similar option is available for Twitter called Twitter Cards and takes several forms, including Summary, Photo, and Player cards. For both platforms, you'll want to optimize the images on your site. This will ensure beautiful, full-image link posts as mentioned previously. You can preview what your links will look like or figure out problems with how your content is presented using the Facebook Debug tool.

All of this, and all the energy expended keeping up with the various changes social platforms make to their technology, highlights the lack of control artists have in how they use these services to connect to their audience. This is why I still firmly believe in the importance of the hub and spoke model as an overarching strategy for music marketing. Use industry-leading platforms for marketing to drive users to your hub (something you control like an app, a website, or an email subscription). These changes will keep happening, and the audiences you accrue on third-party platforms can become difficult to access – particularly if the platform makes drastic changes during a pivot in their business, begins to find that your business isn't aligned well with its goals, or disappears entirely. Working to increase the percentage of your fans from those platforms who exist within your hub helps future-proof you against such changes and gives you direct access to your most engaged fans on your terms.

Jeremy Rosen is the director of audience development at The Orchard, where he focuses on building audiences and maintaining relationships with them through video. Before The Orchard, he ran digital marketing and web development at Roadrunner Records.