How to Get Quality Album Artwork on a DIY Budget 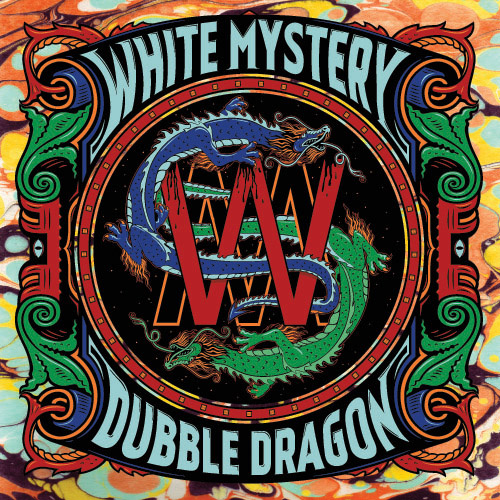 Garage-rock duo White Mystery worked with several designers on the cover of their fourth LP.

If you’re not a studied designer, the thought of commissioning an album cover may be a little overwhelming (especially considering how strongly we've emphasized its importance!). Nobody freak out, though. Simply by reading this, you’ve already shown some enterprising spirit – and that’s just the kind of moxie you’ll need to realize your cover art dreams.

Resourcefulness and networking are as crucial here as they are in booking, garnering press, and landing a label. But, hey, you’re an independent musician. You’re a go-getter by nature. Even for the newly indoctrinated, that mindset combined with this step-by-step guide will make the process relatively painless – and on budget, too.

Please note: For the sake of this story, we're focusing on covers made using graphic design, not solely photography. Sometimes you'll want a combination of the two, and if that's the case, keep in mind that, depending on the artist's skill set, you might have to handle the photo part first with a separate commission.

How to find the right graphic designer for you

You can Google design firms, sure. But if you want to keep this project within an independent musician’s presumably tight budget, you’ll need to muster up a little more DIY gusto and dig around significantly more.

Call upon your fellow fledglings

If you don’t know a qualified graphic designer pal willing to work for free, a pro bono cover is still a possibility. Just like you’re working to build your fanbase, there are artists looking to build their portfolios. Post on your personal social media account and see if anything turns up. Make some flyers with a few notes about your tunes and what you’re looking for, then post them in the graphic design wing of your local college, as well as nearby coffee shops and art supply stores. You might just snag yourself a novice but naturally talented designer who’s itching to work with a band.

How's your social media following? A band or artist with even just a couple hundred likes on Facebook will have at least a few budding designers in the mix. Holding a contest is a fun and free option for any band, but it's best if you have music available online – otherwise, even if they've seen your live show, they'll be designing sort of blindly. This is an extra great move, really, because it also engages your fans. Be sure to offer prizes in addition to the bragging rights, and provide clear information about what you're looking for. (See below for information on image specs.)

Tap into a design hub

There are freelance marketplaces that charge a fee to post a gig, but there are a few, like Elance, that don’t. Take a gander at the type of folks available first, then decide if soliciting there is right for you.

Another route to try is a community like Deviant Art. Artists from around the world who specialize in practically every medium imaginable strut their stuff there, and a lot of them are open to commissioned work.

It’s helpful to have an idea in mind, and examples are great illustrative tools. Peruse artwork in the review section of your favorite outlet, but don’t limit yourself to what’s already been done. Check out art publications too, like Juxtapoz or Hi-Fructose. Think about your favorite films or even fashion designers. Even a photo in a random magazine that caught your eye could serve as the inspiration for your cover.

Be sure to ask for a sampling to get an idea of their style if you haven’t already seen their work. Sending them your EP or LP should be common sense but, just in case: Yes, you should do that. Figure out if what you’re looking for is something they’re capable of and excited about. The optimal relationship is one of mutual super-enthusiasm and, while you might not be that lucky, a severe mismatch could end poorly for both parties.

If you are lacking direction for your artwork, you’ll have to hook up with a designer who's okay with starting from scratch. This involves putting a lot of trust in them, but if you’re into their work and they’re into your music, there’s a good chance that, after thorough discussion, you can find creative common ground.

Sealing the deal: payment and policies

Price is something to discuss before any work is started, of course. How long the project will take and other details should also be settled upon beforehand. There are no finite rules for any of these particulars, especially when working with freelancers. Any designer who doesn’t finalize the fine points before officially getting started is likely one you shouldn’t be working with.

Are you going to have CDs made? Vinyl? Will your release only be for sale digitally? Or are you going for a triple sales threat? Your artist will need to know how you’ll be using the artwork because each medium has its own specifications.

For images that will only be used online, you’ll want to keep the resolution at 72 DPI (good quality, but won’t load like you’re on dial-up). If you plan to print the artwork on any medium, a resolution of 300 DPI is standard. Both should be in the best quality RGB color mode – even if it’s a black-and-white image – and in JPEG (.jpg or .jpeg) format. It should go without saying that the image should be a perfect square – and, preferably, at least 1600 x 1600 pixels in size. (You can always make it smaller.)

Vinyl and compact discs require a few extra steps compared to digital, but the specs aren’t hard to follow. And, luckily, Disc Makers has a handy array of templates available online. (Always double-check with your manufacturer, though.)

Strapped for cash? Can’t offer a single dime? In addition to credit for the work, try offering a slew of guest spots at shows or merch or both. Obviously, this won’t fly with everyone. Newer designers looking to beef up their portfolios are your best bet in this situation.

When negotiating with a more established designer, rates will vary. You’ll be hard-pressed to find someone who charges less than $50, though. The going rate for design work by a seasoned pro is closer to $200, and can soar upwards from there depending on how time-consuming your design will be and their level of experience. If you can swing it and you really love their work, by all means do it. It’s like show guarantees – the party in question has presumably climbed their way up to that fee, and the results will likely prove to be worth the cost.

This might be the trickiest part. To avoid issues, here’s a few things to talk about with your designer – again, do this before they begin working.

Consider asking for a draft. A rough sketch of what’s to come will give you insight into the final product. Additionally, could the designer share with you how things are coming along around the halfway point? You’d have to keep in mind that it’s not finished, of course, but if something like the color scheme is completely off, correcting that issue at this stage would save both of you a lot of strife.

Be straightforward in asking what will happen if you're unsatisfied with the artwork. You know your degree of pickiness – if they’re going to refuse to make alterations once they’re done, you might want to seek out another artist. It is a service, however, so keep that in mind. Communication from the start is vital in avoiding this kind of situation altogether.