Are You Practicing Wrong? Why Your Routine Could Be Doing More Harm Than Good 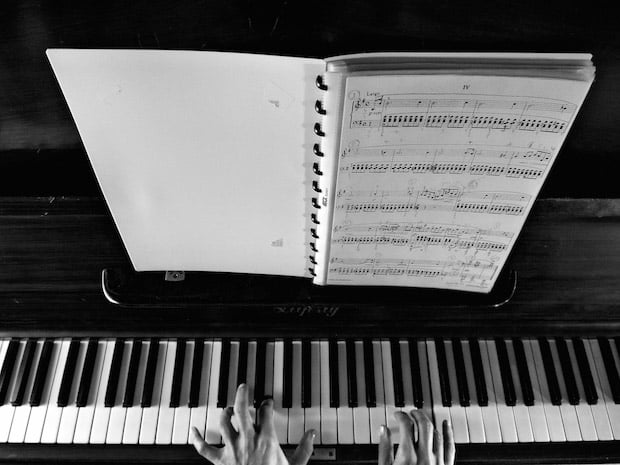 Photo by Ian Price via stocksnap.io

Do you ever have a great band practice in the morning, and then play a gig at night to find that you play much worse than you did in the morning? A lot of people blame these experiences on nerves, the bad sound in the club, a lack of energy from the audience, or a whole host of other variables, most of which are beyond your control.

According to scientific research, however, while all of these factors may play a role, your bad performance might actually have a lot more to do with your practice routine than your nerves or what’s going on around you.

The problem with routine

If you want to become a better musician, you need to follow a consistent practice routine, right? Isn’t that what all of our music teachers taught us? As it turns out, developing a routine might not actually be that helpful for you. In fact, it could be doing more harm than good.

The Excelsior Group, a sports research group in the UK, has published a review of motor skills theory literature that sheds some light on the dangers of becoming too comfortable in your practice routine. While this research comes from the sports world, it crosses over easily to the world of music, as we learn to sing or play a musical instrument in much the same way that we would learn to play a sport. The key to this research is that it takes into account the performance side of skills acquisition, which is often overlooked.

The problem the Excelsior Group found is that many athletes were good at developing skills in practice, but had issues transferring those skills to a real competition setting. To deal with this problem, the Excelsior Group’s research recommends a technique called “contextual interference.” This is defined as “practicing different tasks within a session and with different constraints, compared to doing one single task repeatedly.”

So for example, in a typical training setting, a basketball player might practice shooting free throws from a few different positions for a set period of time. What the research shows is that “this has quite a significant practice effect, but lower retention and transfer to other tasks.”

In contrast, an example of contextual interference would be “practicing a basketball free throw, then doing some lay ups or passing, before returning to the free throw again.” As opposed to the previous example, the research found that this method “has a smaller practice effect but better learning effect in terms of retention and transfer.”

In these examples, the second scenario is much closer to what an actual basketball game would look like, which is why the skills transfer in this scenario is higher.

When you think about how you practice music, both on your own and with a band, it’s likely that the way you practice is closer to the first scenario mentioned above. Most of us practice in the same room, with the same group of people, using the same equipment, and playing mostly the same songs.

What happens, then, when you’re playing a gig in a room with a much different sound? Or when you have to use different equipment, or when the audience has a different energy level than what you’re used to?

The idea of contextual interference is to introduce these complicating factors into your regular practice. So rather than playing in the same room all the time, think about how you could use different spaces to get used to playing in rooms with different acoustic qualities. Or rather than using the same gear all the time, think about ways to try out different gear so you’re not thrown off when the gear at the bar you’re performing at malfunctions. You could even invite people to watch your rehearsals to change up the atmosphere.

All great bands spend a great deal of time rehearsing, but when it comes to live performance, it tends to be the bands that have the most live experience that are the better performers. Just look at the Beatles – much of their early success as a touring act was credited to the skills they learned during their residencies in Germany in the early 1960s, where they would play club gigs night after night, sometimes all through the night. Then, when they came back to America, they didn’t just have thousands of hours of rehearsals under their belts – they had thousands of hours of actual performance experience.

Rather than just playing their songs over and over again in a comfortable environment, they were dealing with contextual interference on a daily basis, and this helped them become more confident and proficient as performers.

Even if you’re not playing live every night to rowdy German nightclub audiences like the Beatles were, there are ways you can alter your practices to look more like the real thing. Just be careful not to overdo it, though; the Excelsior Group notes that “if contextual interference is done too much, too soon with beginner athletes they will get frustrated at the lack of progress and could quit.”

This should be kept in mind for musicians as well – the more experience you have with both practicing your skills and playing live, the more you can use contextual interference to improve your performance skills.